Nicxie said:
This just shows your level of ignorance. Kibera might be the biggest in Africa but not the biggest in the world. Have you heard of the following slums?
1.Dharavi in Mumbai India
2. Neza in Mexico
3. Orangi Town in Karachi Pakistan
Do you know how big they are?

Secondly, Kibera has only about 170k-250k people and it's the biggest. How Nairobi slums in total holds 2.5 million people only you can tell us. Huku hatuna slums everywhere like you have uswazi everywhere down there
Click to expand...

A difficult fact for a Tanzanian to swallow., uswazi kila kona

nyinyi mnakopa $4-5b kufinance budget ya $15b, what's the difference? own source revenue ya kenya ni karibia mara mbili ya tanzania

It has been 5 years

Ignorance at its best., Kenya's development expenditure is $11B., Tanzania $5.5B., peleka ujinga mbali.., yet Kenya is small in comparison.., mko ovyo, however much mnajaribu kujitetea, mko uchi!

, State depents on Federal govt for top ups, but they mostly depend on their revenue collections which is not sufficient. What is your national annual revenue, it was mentioned in your budget reading usiseme nimepika?..wewe weka hapa nikuonyeshe how your reasoning is a fallacy.,

mwathadan said:
nyinyi mnakopa $4-5b kufinance budget ya $15b, what's the difference? own source revenue ya kenya ni karibia mara mbili ya tanzania
Click to expand...

Kenya plans to borrow $12.4 billion between now and June 2022 from foreign sources, the International Monetary Fund said in a report detailing terms and conditions of a separate $2.34 billion financing package approved by its board last week.


The amount includes $7.3 billion in Eurobonds, $4.8 billion in concessionary borrowing and $282 million semi-concessional loans, the IMF said in a report on its website. About $2.3 billion of the Eurobonds will be new borrowing to be spent on infrastructure projects, while $5 billion is refinancing for a Eurobond maturing in 2024 and to retire pricey syndicated loans, it said.


The external borrowing during the next 14 months amounts to about 6% to 7% of gross domestic product, according to Yvonne Mhango, head of research for sub-Saharan Africa at Renaissance Capital.


“It’s a significant amount for a country with debt that is already close to 70% of GDP, and one that is at high risk of debt distress,” she said. “The increase in domestic yields may be a factor that compelled the authorities to seek some external financing. However, we expected an increase in concessional financing to help keep financing costs moderate.” 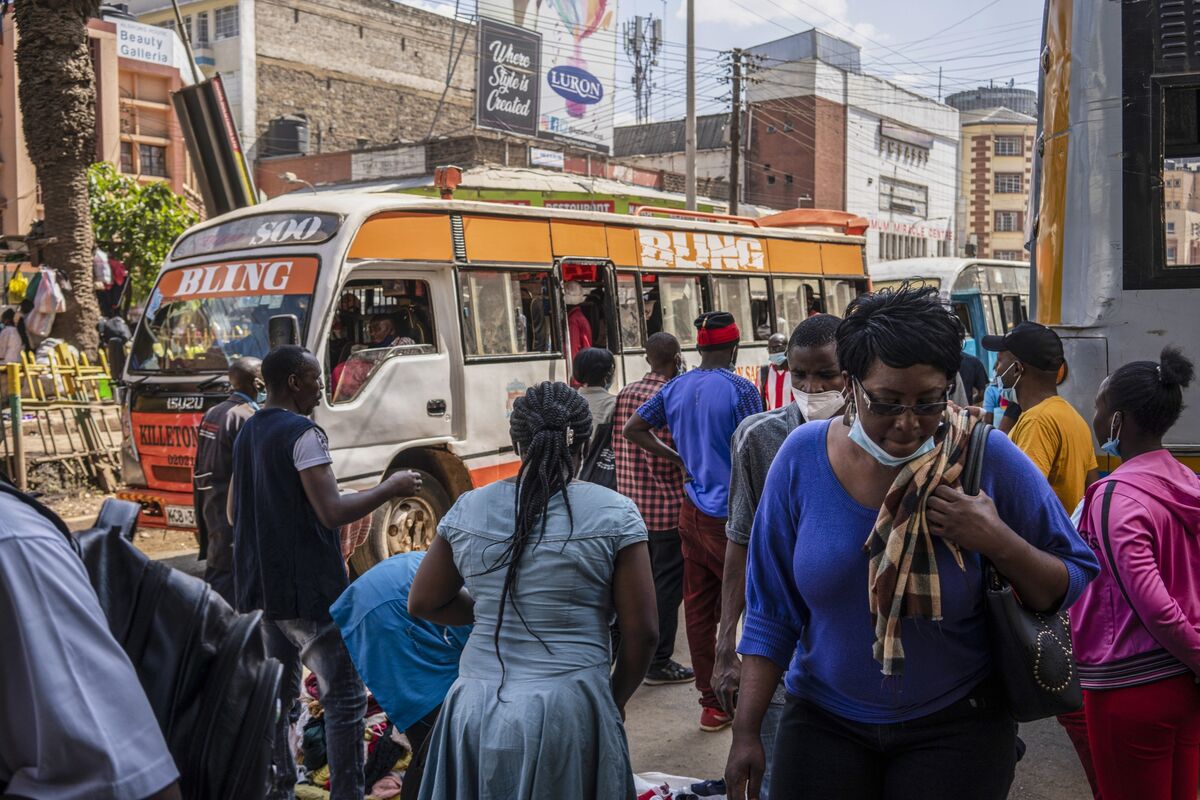 Kenya plans to borrow $12.4 billion between now and June 2022 from foreign sources, the International Monetary Fund said in a report detailing terms and conditions of a separate $2.34 billion financing package approved by its board last week.

The countries are betting on a strong economic recovery for a rebound in revenues that will help narrow fiscal deficits.
Photographer: Fredrik Lerneryd/Bloomberg

East Africa’s largest economies plan to borrow at least $16 billion to fund an economic revival, while striving to ease their debt burdens after the coronavirus pandemic battered governments’ revenue.

Finance ministers in Kenya, Uganda and Tanzania will present their 2021-22 spending plans on Thursday, providing details on funding key projects, including building railways and ports, in the wake of heavy indebtedness. The three governments will contend with a combined budget shortfall of about $16.4 billion in the fiscal year. Kenya, East Africa’s largest economy, faces a gap of $8.8 billion equivalent to 7.7% of gross domestic product, which it plans to fill with external and domestic borrowing.


“Policy makers will this year need to lay bare their fiscal consolidation plans and address the elevated debt burdens,” Jacques Nel, head of Africa Macro at NKC African Economics, said in emailed responses to questions. “Developmental needs and projects already underway mean that there is little room to cut spending.”

The countries are betting on a strong economic recovery for a rebound in revenues that will help narrow fiscal deficits. The International Monetary Fund projects 2022 growth of 5.7% for Kenya, 5% for Uganda, 4.6% for Tanzania and 8.7% for Ethiopia.

Here’s what to expect when the finance ministers present their budget statements for the year starting July 1:

President Uhuru Kenyatta’s administration is poised to borrow more to fund an 8.8% increase in spending to 3.66 trillion shillings ($33.9 billion). The added expenditure is fueled by Kenyatta’s need to continue investing in expressways, ports and railways as he nears the end of his second term in office next year.
Treasury Secretary Ukur Yatani asked lawmakers on Wednesday to approve a 4% increase in spending for year ending June 30, which is set to widen the budget gap.

Kenya's debt-servicing cost is projected to grow 22% in 2022

The public debt-service costs will probably surge to a record 1.17 trillion shillings, consuming about two-thirds of domestic revenue, according to the parliamentary budget office. That exceeds the 660 billion shillings that Yatani proposes to spend on development projects.

The government has increased its budget by 4% to 36.3 trillion shillings ($15.7 billion) in Samia Suluhu Hassan’s first fiscal year as president. She has approached the IMF for a program to support her administration in mitigating the impact of the pandemic, and to implement a recovery plan.

Tanzania plans to borrow close to 10.2 trillion shillings, about half of which will come from external sources.

Hassan is preparing to procure vaccines for her people, begin delayed investments such as the $30 billion liquefied natural gas project led by Equinor ASA, and continue multi-billion programs including an oil-export pipeline with Uganda. Still, the government is optimistic of keeping its fiscal deficit below 3% of GDP.

Uganda has reduced its planned expenditure by 2% to 44.7 trillion shillings ($12.6 billion), and intends to narrow the fiscal deficit to 6.4% of GDP from an estimated 9.7% in the year ending June 30. The government of Africa’s largest coffee exporter is in talks with the IMF for a $1 billion loan to boost its recovery plan.

Borrowing for key infrastructure projects is driving up Ugandan debt

Debt could approach 50% of GDP at the end of June, according to Moody’s Investors Service. “Persistently large fiscal deficits” lifted the government’s debt burden to about 40% of GDP in fiscal 2020 from 22% in 2013, Moody’s said in a statement.

Planned expenditure for Africa’s second-most populous nation will grow by nearly a fifth to 561.7 billion birr ($13 billion) for the fiscal year starting July 8. The government is walking a tight rope between sustaining the fastest pace of economic growth in the region, and keeping a lid on debt.

Prime Minister Abiy Ahmed’s administration sold a telecommunications license to a Safaricom Plc-led consortium last month under a plan to liberalize the economy. Doing business in the country might, however, depend on the impact of U.S. sanctions against Ethiopia over its handling of the war in the northern Tigray region. The restrictions could also affect Ethiopia’s access to funding from the IMF and the World Bank, and probably complicate its intention to restructure some liabilities under the Group of 20 debt-relief initiative for poor nations.

The government has raised its annual budget by 10% to 3.81 trillion francs ($3.8 billion), and is also in talks with the IMF for a funding program. About a third of the budget will be funded from external sources.

The IMF concluded discussions with Rwanda on the fourth review of an ongoing Policy Coordination Instrument last month. The Fund projected Rwanda’s economy to grow at 5.1% this year, compared to a contraction of 3.4% in 2020.
“Most countries don’t have an option but to seek concessional borrowing in order to plug funding gaps,” said Mohamed Abu Basha, head of macroeconomic analysis at EFG Hermes Holdings. “In the short term, it will be all about stabilization.” 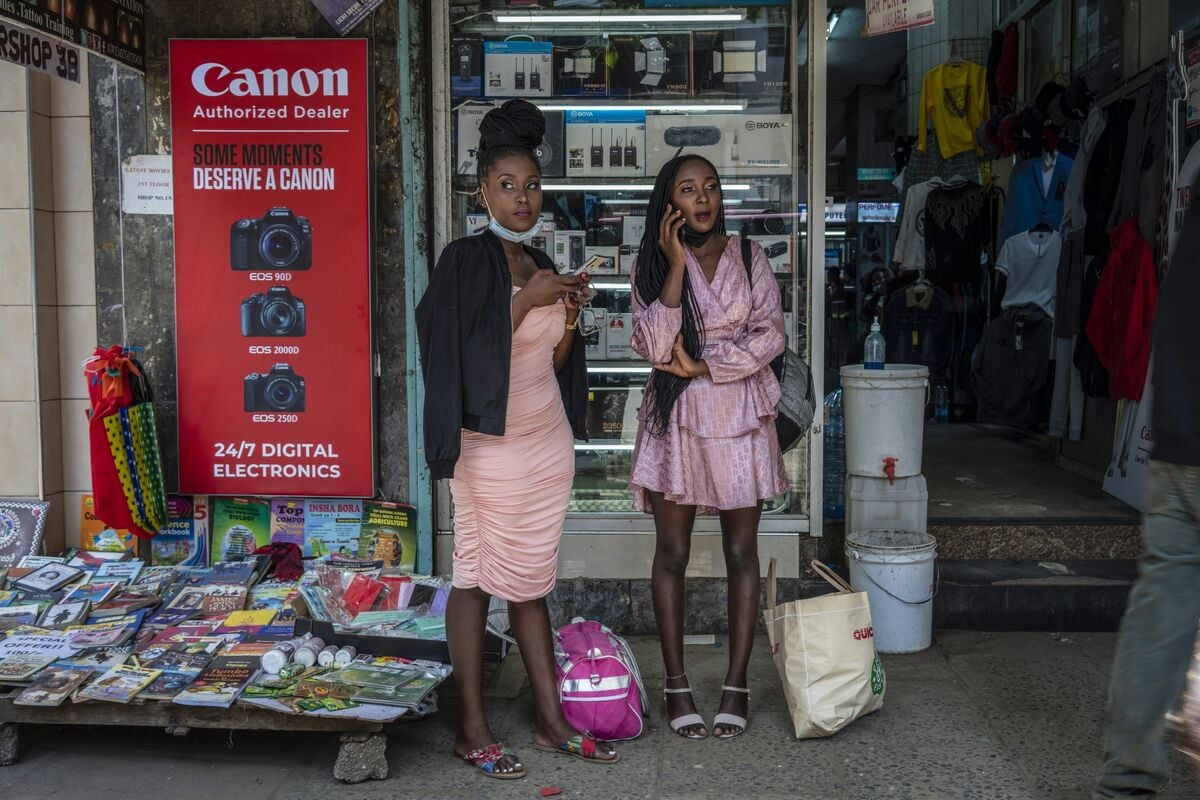 East Africa’s largest economies plan to borrow at least $16 billion to fund an economic revival, while striving to ease their debt burdens after the coronavirus pandemic battered governments’ revenue.