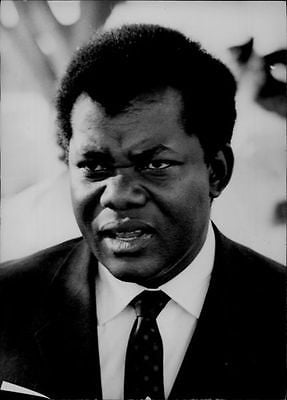 Kambona, the man hypocrites don't want to hear about

THIS is no ordinary day. It is the 10th anniversary of the passing of Oscar Selathiel Kambona, a true Tanzanian who contributed immensely to the making of our true history.

Kambona was more than just a towering figure in politics. His life, his history from humble beginnings, and his love and passion for his country and faith, provide guiding principles to truly Tanzanians like me across the globe.

He is more than just an ideal; he is somebody we need to enshrine and use to cast a light of nationalism on ourselves as a society and learn all that we have done wrong.

It is said that when Kambona went into exile, he grew to become an icon who was respected by his wit. The thought of that humility, that respect, and the realization of the real success in this world and hereafter, brings tears to my eyes.

Mr. Kambona was born on the shores of Lake Nyasa in a small village called Kwambe near Mbamba Bay in the district of Mbinga, Songea Region in 1925. He was the son of the Reverend David Kambona and Mrs Miriam Kambona. Reverend David Kambona belonged to the first group of African priests to be ordained into the Anglican Church of Tanganyika.

When Oscar Kambona was a child, his father would tell him about his dream for independence of his country and Kambona grew up with a burning desire to be of service to his country. Kambona received his primary education at home under the mango tree, (which is still standing today) in his village by both his parents and uncle, all of whom were teachers.

He was then selected to attend Tabora Boys' Senior Government School where he first met Nyerere, who was already teaching at a Catholic School. On completing his secondary education, Kambona returned to his former Alliance Secondary School to become a teacher and was finally appointed the Schoolmaster.

It was at a National Teachers' Conference in 1954 when the two, Kambona and Nyerere met again. Kambona offered his services to the newly formed TANU movement. Nyerere replied that TANU could not employ him as it had no funds. Kambona answered that TANU had no funds because it didn't have an Organizing Secretary and offered to give up his teaching post to work (without pay) to build up the party as its Organizing Secretary, living only off his saved up teaching salary for 6 months. During this time, Kambona traveled the country visiting chiefs and elders in a recruitment drive. At the end of 6 months, Kambona had successfully recruited 10,000 members. By the end of one year, TANU had over 100,000 fully paid up members. With the subscriptions Kambona opened the first bank account of TANU. He returned to Butiama to convince Nyerere to take up full leadership.

After three years, Kambona decided to take up the Governor's scholarship to study Law at the Middle Temple in the UK in 1957. While in London, Kambona also became Head of the Tanganyika Student's Association, Chairman of the London Branch of TANU and met for the first time his mentor, the great Pan Africanist and thinker, George Padmore. George Padmore persuaded Kambona to attend the 1958 first All Africa's People's Conference in newly Independent Ghana. There, Kambona met his other great hero Kwame Nkrumah. While studying in UK, Kambona also became the first person to broadcast the news on the BBC Kiswahili Service.

In his address to the Press in London in 1991 Kambona recalls some of the events:
''Mr. Nyerere was staying with me in my cramped student accommodation. We discussed how he could avoid returning to Tanganyika to face his supporters empty handed. I managed to persuade him to state at a press conference at the East Africa House in Marble Arch that: 'The white settlers in Tanganyika were the most reasonable in East Africa.'' He agreed to do this on condition that I would suspend my law studies in London and return to Tanganyika to give him support before the National Executive Committee of TANU when he defended the 'most reasonable statement'.

Following the first elections under universal, TANU won every seat but one. TANU formed the first government under Self Rule, with Julius Nyerere as the chief minister. It was also during the preparations that Kambona married Flora Moriyo from Kilimanjaro, during a trip to London in November 1960 to finalize the details of independence with the British Government. The ceremony was held at St Paul's Cathedral, London and Julius Nyerere led the young bride to the alter.

In 1964 Kambona played a crucial role in the unification of Zanzibar and Tanganyika along side President Nyerere, President Karume and Chief Minister Hanga after the Zanzibar Revolution. He was also the main negotiator between the government and the rebellious army leaders in 1964, when soldiers from the Colito Barracks staged a mutiny. Nyerere and Kawawa were both led into hiding in Kigamboni.

After three days of negotiations, Kambona consented to speed up the process of 'Africanisation' within the army. In an interview with London's Daily Telegraph, Kambona said: ''after I had calmed down the soldiers, I went to fetch the other leaders in my Land Rover to bring them back to the city.'' The British army eventually put down the mutiny and Nyerere praised Kambona for his bravery and loyalty.

After the mutiny, differences between Kambona and Nyerere began to appear. Nyerere wanted to introduce a one party system into Tanzania to strengthen state security. Kambona argued against the move claiming that it would inhibit people's freedom and progress towards democracy. However, Kambona was defeated in parliament. He refused to sign the bill.

In 1967 after a trip to China in 1965, Nyerere impressed with Mao's style of communism, wanted to adopt the same system under the guise of Ujamaa. The main doctrine behind Ujamaa was the relocation of peasants into village communes and the nationalization of all industries and property. Kambona did not agree with the policies, arguing that they would rather increase poverty and state control over the people. He resigned from the Government and the party and later with his family fled to neighbouring Kenya and then UK were he was granted political asylum.

Immediately thereafter, Kambona's properties were confiscated. His two brothers Mattiya and Ottini Kambona were detained without trial and put in prison for over ten years. Other family members were harassed and detained. Some were falsely accused of plotting to overthrow the Tanzanian Government and were tried and imprisoned by the Government. Most famous of these were Bibi Titi who fought alongside Nyerere in the independence movement and was head of the woman's wing and also Michael Kamaliza, the former trade unionist and TANU member and government Minister. Other family members included Gray Mattaka, John and Elia Chipaka and Prisca Chiombola. Kambona was also accused of being the ring leader of the plotters while in London and was tried in absentia. The accused finally appealed to the East African High Court and were acquitted. Though they were later rounded up by the Tanzanian government and thrown into jail again.

Kambona was also accused of stealing millions of public funds, which he rejected out rightly in a press statement issued on 6th September in London, 1967. The allegations claimed, ''Kambona was found with a lot money when searched at Nairobi Airport''. However in his press statement, Kambona challenged the Tanzanian government to request the Kenyan authorities to 'substantiate the allegations'' which they never did.

In London Kambona led a tough life in exile under considerable financial constraints. However in 1982, his two brothers Mattiya and Otini Kambona were eventually released from detention after the intervention of New Zealand Prime Minister Robert Muldoon.

In 1990 anticipating changes in Tanzania, Oscar Kambona formed the Tanzania Democratic Alliance, an umbrella organization bringing together the various pro democracy parties. When a multi party system was introduced in 1992 Kambona requested to return to Tanzania. The Tanzanian government refused claiming that he was not a citizen. Kambona appealed to the British Government to give him a travel document to enter Tanzania. The Tanzanian authorities claimed that they would arrest him immediately upon entry. Nevertheless, on 5th September 1992, Kambona made the courageous journey back to Tanzania and triumphantly entered Tanzanian soil. No authorities were present to arrest him, though he was given only three months to sort out his nationality question.

On returning to Tanzania Kambona found that the progress towards democracy was disappointingly slow. After experiencing several strokes Oscar Kambona died in London in 1997 where he was receiving medical attention. In a twist of fate his younger brother Ottini Kambona also died at the same time from heart failure.

Kambona is survived by his wife and two children. His eldest son Mosi Kambona was murdered in London in unexplained circumstances.

The memorial service will be held at St Nicholas Cathedral in Ilala today at 15.00hrs.
Click to expand...

Toafauti kati ya hawa ni attitude towards money/richness and how to get it.

For me Nyerere was right and had the right intention to selfishlessly serve the poor people of tz and lived to his words until his death.

Kambona alikuwa na personal ambitions, na nina hakika kama Mwalimu angemwachia madaraka aliyomwachia Kawawa ya uwaziri mkuu kwa mwaka mzima, Mwalimu asingerudi kama rais mwaka 1962. Hiyo ya kumwachia aende London nadhani Mwalimu alimwona less a threat outside the country than inside. Kumbuka this was only 3 years after the 1964 mutiny. With him outside it would be easy to root out his supporters within the army and the intelligence. Na kweli time came to prove Mwalimu right.
G

Self imposed exile. What alternative do you have when you are being harrased, charges are being concocted against you, and much more. Were his concerns about Ujamaa and one party state right on? Let the debate begin...

Nyani, that is one side of the story.... hata Idi Amin alipokimbilia Saudi alisema anyanyaswa Uganda...

Still....Kambona and Amin's situations are not even remotely comparable...
You must log in or register to reply here.