GT, mashamba yanahitaji wakulima mzee. i think you should be included too. 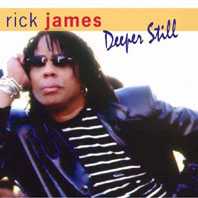 "Freeman Mbowe, 44, a businessman and upcoming politician, is among the popular figures in the country. He is chairman of Chama Cha Demokrasia na Maendeleo (CHADEMA - Party for Democracy and Development).

Mbowe, who holds a diploma in education, served as a member of parliament from 2000 until July 2005, when the house was dissolved to pave way for the 30 October 2005 general elections."

Ibrahim Lipumba, 56, a former professor of economics at the University of Dar es Salaam, is running on the ticket of the main opposition party, Civic United Front (CUF), of which he is the chairman.

He is making a third attempt for the presidency, after losing the race to outgoing Benjamin Mkapa in 1995 and 2000.

Lipumba was born in 1952, in Tanzania's central region of Tabora. He holds a doctorate degree in economics. Before entering politics, he had a 19-year academic career with the University of Dar es Salaam. At one time, Lipumba served as economic adviser to Tanzania's second president, Ali Hassan Mwinyi (1985-1995).