RAINING CATS AND DOGS: This was the scene at Dar es Salaam`s central business district yesterday after a sudden heavy downpour caused continuous floods and traffic jams throughout the day. 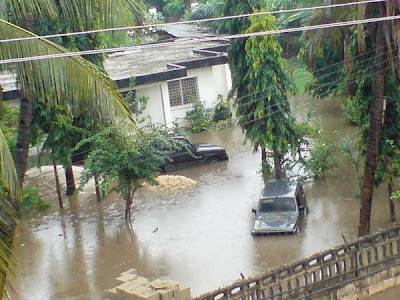 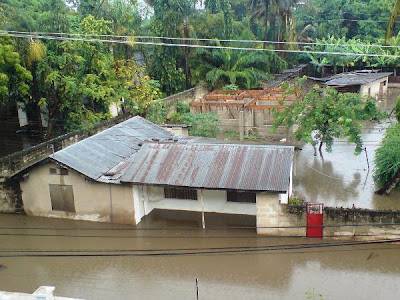 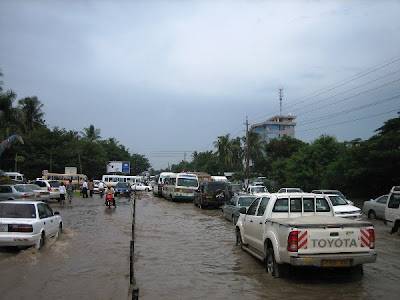 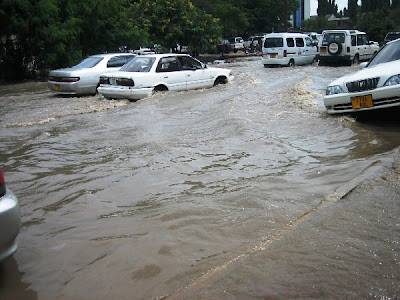 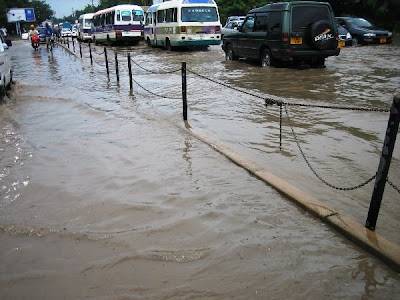 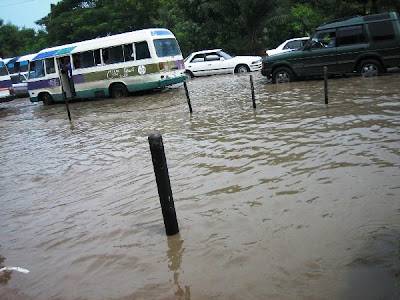 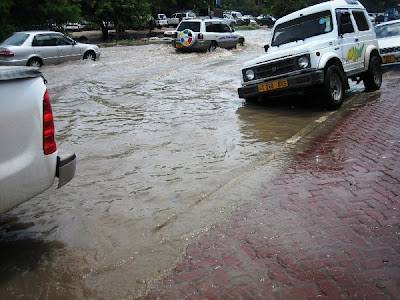 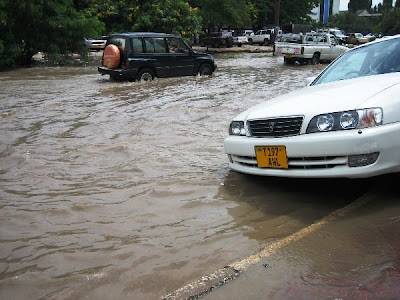 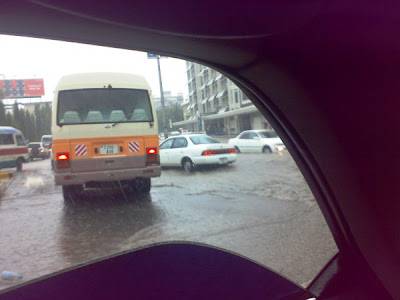 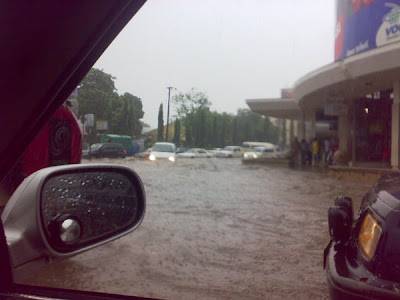 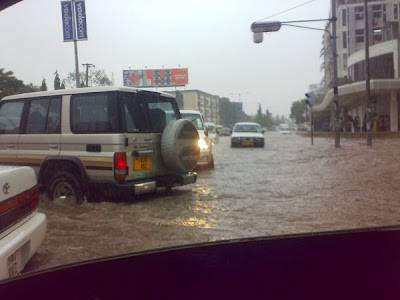 So wakuu, nasi nadhani itabidi tujiunge na club ya kusema "Mungu atatusaidia" manake no technical justification can be provide in such a clear cut case - Drainage ya Dar City with access to the ocean at a maximum of 1km at any flooded point!!!

There comes an outbreak of Kipindupindu, Malaria, African flu, Pnemonia, Kichocho which transalates to a slow down on production, productivity and economy, which results to more medical needs and due to shortages of proper medicine and adequate medical facility, one can count several deaths.

After the natural dry system, using sun, another problem arises. The rain, ruined and erroded most of the roads, madimbwi wil increase and become marshland, mashimo barabarani, barabara kupasuka, madereva kuendesha magari hovyo na kuharibu barabara na mazingira, wakipitisha vi-saluni vyao kwenye korongo, a car break down, which translates to more importation of spare parts to fix the broken car or purchasing a VX to sustain the bad roads which equates to gas guzzling vehicles and prices of everything going up.

All this could be avoided if a competent person would have been awarded the contract and a competent government would have supervised the entire process.

The best thing out of this garika ni ranking ya Tanzania FIFA kushuka kwa kuwa "uwanja koko na manyasi ya katani na plastiki" umedoda, hakuna natural or artificial drainage system built to drain rain water above the udongo mfinyanzi, limestone or whatever the heck is beneath kapeti la majani bandia.

Blame the Chinese, who we are about to hand our Airport in Dar for upgrades and better services!

.... Rev. you have unleashed the four horsemen once again!!!

SteveD said:
.... Rev. you have unleashed the four horsemen once again!!!
Click to expand...

SteveD said:
.... Rev. you have unleashed the four horsemen once again!!!
Click to expand... 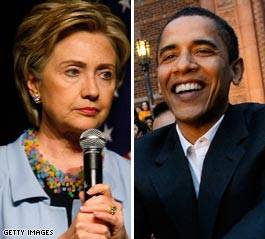