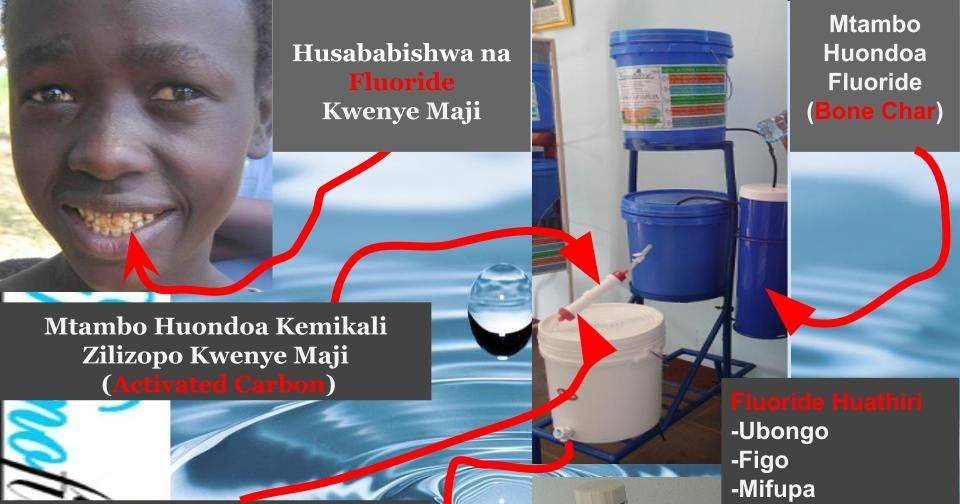 areafiftyone said:
Description of Fluorine.
Fluorine is a chemical element with the symbol F and atomic number 9. It is the lightest halogen and exists as a highly toxic pale yellow diatomic gas at standard conditions.

Mkuu nimejibu kuhusu Fluorine kwa kuwa mhusika aliuliza kuhusu Fluorine.Comrade nimesoma Chemistry mpaka level ya MSc,kwa hiyo I know what I am talking about.I know the difference between Fluorine and a Fluoride.
Fluorine is a halogen,and an element.It is highly toxic and is a gas ordinary temperatures.A
Fluoride on the other hand, is a radical and its salts which are crystalline white are also very poisonous.Let me tell you this friend,you have been cheated that it is Fluorine that is a poison.Common sense should be enough to convinse you that if the element is a poison,its salt should also be a poison.Isn't this common sense?Please go through the following to see the truth.What you know is a lie.


Fluoride is a highly toxic substance. Consider, for example, the poison warning that the USFDA now requires on all fluoride toothpastes sold in the U.S. or the tens of millions of people throughout China and India who now suffer serious crippling bone diseases from drinking water with elevated levels of fluoride.

In terms of acute toxicity(i.e., the dose that can cause immediate toxic consequences), fluoride is more toxic than lead, but slightly less toxic than arsenic. This is why fluoride has long been used in rodenticides and pesticides to kill pests like rats and insects. It is also why accidents involving over-ingestion of fluoridated dental products–including fluoride gels, fluoride supplements, and fluoridated water–can cause serious poisoning incidents, including death.

The debate today, however, is not about fluoride’s acute toxicity, but its chronic toxicity (i.e., the dose of fluoride that if regularly consumed over an extended period of time can cause adverse effects).

Although fluoride advocates have claimed for years that the safety of fluoride in dentistry is exhaustively documented and “beyond debate,” the Chairman of the National Research Council’s (NRC) comprehensive fluoride review, Dr. John Doull, recently stated that: “when we looked at the studies that have been done, we found that many of these questions are unsettled and we have much less information than we should, considering how long this [fluoridation] has been going on. I think that’s why fluoridation is still being challenged so many years after it began.”

In this section of the website, we provide overviews of the scientific and medical research that implicates fluoride exposure as a cause or contributor to various chronic health ailments. In 2001, the union of scientists at the Environmental Protection Agency’s Headquarters Office in Washington D.C. stated: “we hold that water fluoridation is an unreasonable risk.”

Current fluoride intake among western populations with mass fluoridation programs has reached historically unprecedented levels. While the health impact of these exposures remains poorly understood, research shows that comparable doses cause serious health conditions in areas of the world with...

N.B, Flouride na lead sio preservatives
You must log in or register to reply here.