The reports also revealed that ATCL is among 42 government entities that recorded losses or overspent in two consecutive years thus becoming one of the corporations that cannot pay debts within a short period of time.

CAG Charles Kichere, on Tuesday April 12, made the 2020/21 financial year reports public, revealing that despite the losses since ATCL was reformed in 2016/17, management continues to improve its operations annually.

He said the consecutive losses were due to the revenue of one each of the nine aircraft compared to its operating costs. As of June 2021 the company had two Boeing (B787), four Bombardier (Q400), two Airbus (A220), and one Bombadier Dash-8 (Q300).

“Bombardier-8 Q400 operated at a profit of Sh12.26 billion and Airbus-A220 Sh12.09 billion for the year that ended June 2021. Operational costs of Boeing-B787 exceeded revenue and resulted into losses of Sh23.61 billion, Bombardier Dash-8 Q300 has been grounded for more than three years due to maintenance,“ he said.

The CAG added: The high level of expenditure on non-profitable organisations was due to a lack of government subsidies and a lack of other sources of revenue. The loss in public entities was due to losses on investment made, poor performance of the agencies concerned, and poor control of revenue and expenditure.

However, CAG Kichere said poor performance of Boeing was due to low number of passengers and cargo, but also fewer routes than the targeted number.

“Most of routes planned in 2020/21 were cancelled due to low number of passengers that was caused by the outbreak of the Covid-19 pandemic,” CAG Kichere told reporters in Dodoma.

For his part, ATCL managing director Ladislaus Matindi said the loss decreased after they decided to venture into chartered flights and transportation of cargo.

“Currently the business is doing well, we expect to grow further. We expect to increase the use of our aircraft to reduce and cut losses." 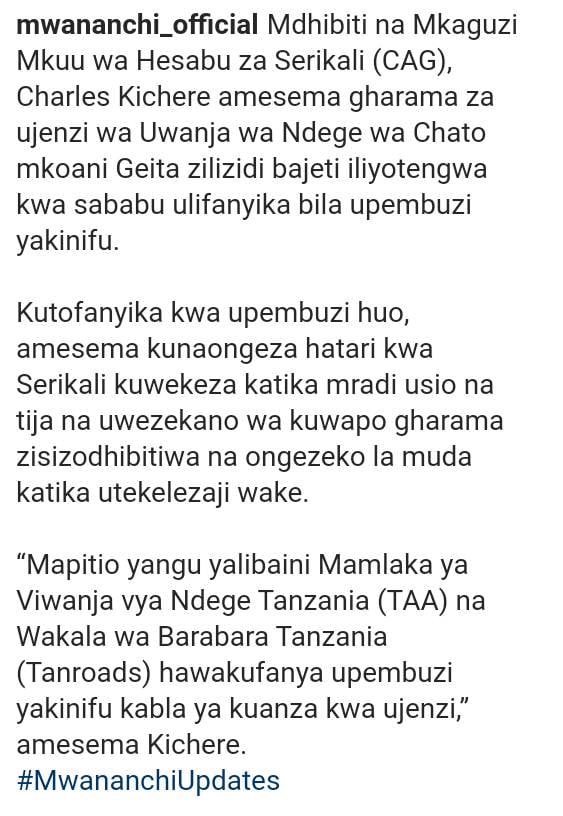 Well done ATCL,JPM & CCM for spending fool's money.This was been discussed and the loss was obvious.Buying an Airlane might be very cheap compared to if you don't operate the plane. 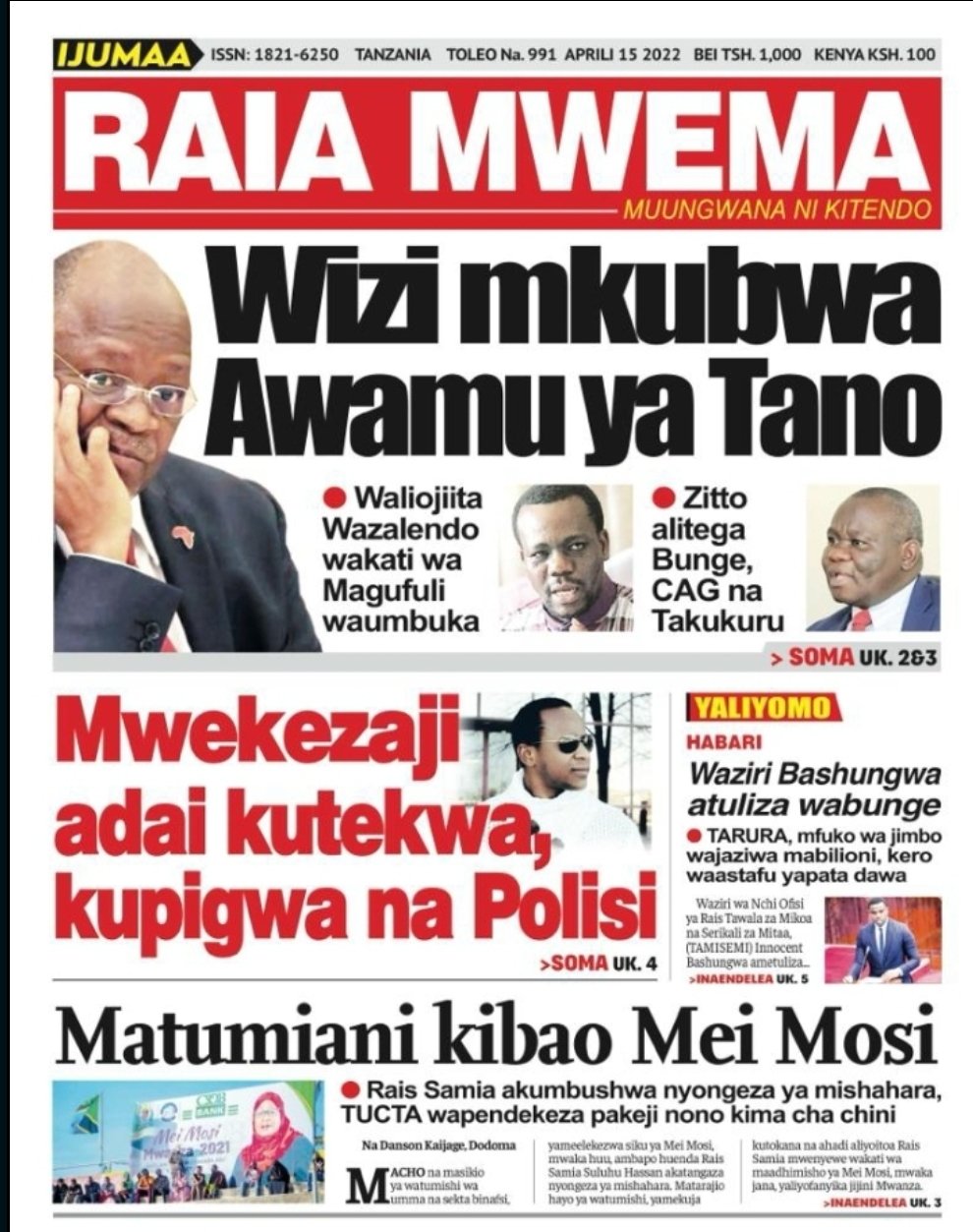