Quite a sad day for rap fans as the game just lost one duo of the rap group Mobb Deep today. Aged 42, rapper Prodigy is said to have died of sickle cell complications.

Personally, whenever I hear the name Prodigy, it's mainly 3 things that come to mind first. (I never was a fan tbh)

His or rather their beef with Tupac, specially how Pac used to describe them like tiny babies(He literally said both of them put together, weighed like a 100lbs), so if he happened to meet them, he'd just slap them like a big bro would do youngins.

The ballerina joke by Jay-Z, and how later on Prodigy claimed he ran into Hov in a certain club in NYC and were about to smack him but Hov reached for peace, and they squashed it. Funny story that one.

They really shook people when they started. According to Fat Joe, he was really scared himself when he heard Mobb Deep for the first time coz he truly believed they were about 'punching you in the face' to your death. All that changed when he saw them for the first time at a show where they didn't look like they could even hurt a puppy.

All in all, Rest in Peace Prodigy. 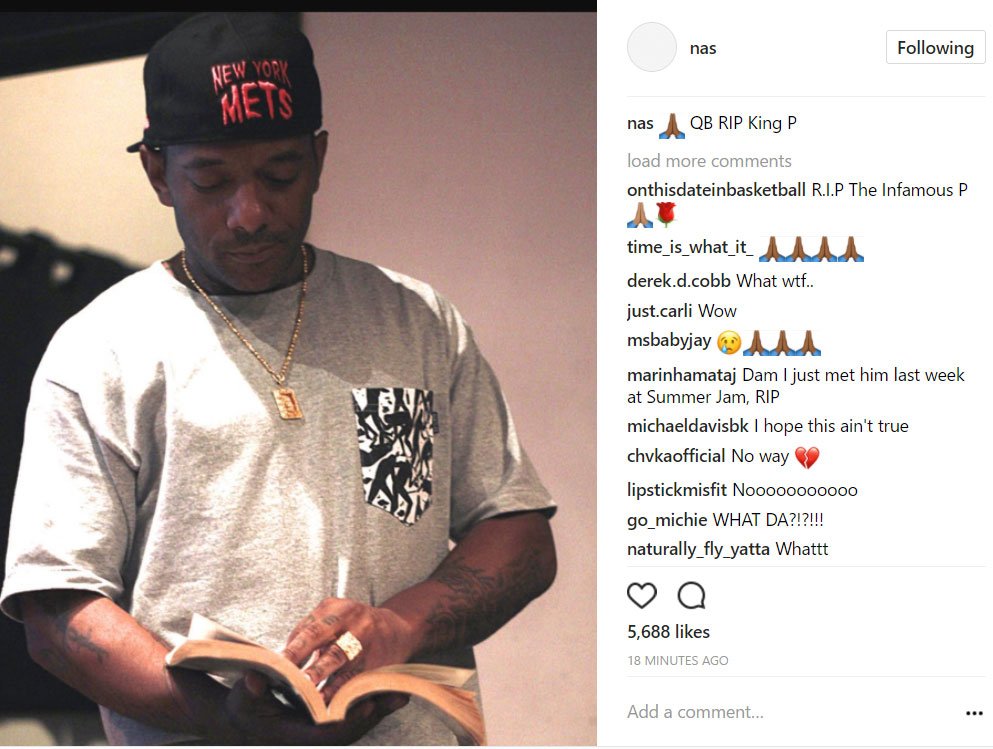 Shook one's ,Hey Luv ,Its Hell on the earth.

*Shook ones, Hell on earth.