A Kenyan company is setting up a $51.3 million (about Sh115 billion) factory in Zanzibar as it targets to get a pie of the world’s $920 billion textile market.

The global textile industry was estimated at around $920 billion in 2018, and it was projected to reach approximately $1,230 billion by 2024, available global data show.

It is hoped that the factory, which was launched by President Samia Suluhu Hassan yesterday, will give a new impetus to Tanzania’s textile industry, which has the potential to become a significant sourcing location for foreign buyers.

Tanzania, which also enjoys a duty-free market access to the United States through the African Growth and Opportunity Act (Agoa) as well as to the European Union, is unfortunately importing most of its textile requirements mainly from China, India, Pakistan and Korea among others, official data show.

The country’s few locally-processed fabrics (Kitenge and Kanga) are used by domestic users and also exported to neighbouring countries of Kenya, Rwanda, Malawi and the Democratic Republic of Congo as well as to China.
Thus, with Agoa and EU arrangements, Basra Textiles Limited is also seriously eying the EU and the US markets.

This is because apart from facilitating the movement of capital and people, and taking steps to create an Africa-wide Customs union, the AfCFTA also compels member states to slash 90 percent of tariffs on goods traded within the area.

Mr Othman said yesterday that the factory will be implemented in three phases whereby upon its completion by 2024, it would provide direct employment to a total of 1,600 people.

“It will produce 250,000 metres of polyester per day, translating into seven million metres per month,” he said.

He said apart from Khanga and Kitenge, the company will also produce bedding among others.

“We target to sell our products in the US, EAC, Central Africa and Europe,” he said.

He said the first phase involves maintenance and repairing of buildings as well as installation of machinery while the second phase was to buy cotton and later produce fabric.

The third phase will involve the construction of a tailoring factory and fixing of 500 tailoring machines.

It is at that phase that production of clothes will start and the number of jobs created by the factory will rise, Mr Othman said.

Gracing the factory launch, President Samia directed environmentalists to ensure that the factory conserves the environment. “I am told that some 300 young people have already been employed during the first phase…This factory is an opportunity for many women so I advise you to go and learn tailoring so you can find employment here,” she said.

She said in Asian countries, majority of women work in the textile industry because they are calm and work efficiently.

President Hassan said the factory will also help in the value addition of Tanzania’s cotton and ultimately benefit farmers.

“In order to ensure this product is also sold in the United States and other countries, quality must be our top priority,” she said.

She said it was her government’s expectation that in the near future, the country will stop importing such goods as children’s clothing and instead, up its own (Tanzania’s) processing capacity and grab the export market for East Africa and later the Southern African Development Community (Sadc).

She said her government understands the importance of such large projects and that was why it was creating a conducive environment for investors to bring their capital to Tanzania.

“We will continue to receive major projects. The government will continue to look at the challenges that emerge and work on them in an effort to make it easy for investors to do their undertakings with much ease,” he said.

Speaking on the Zanzibar Revolution, she said the political revolution is over and it is now an economic and developmental revolution, calling upon Zanzibaris to join hands to build a prosperous country. 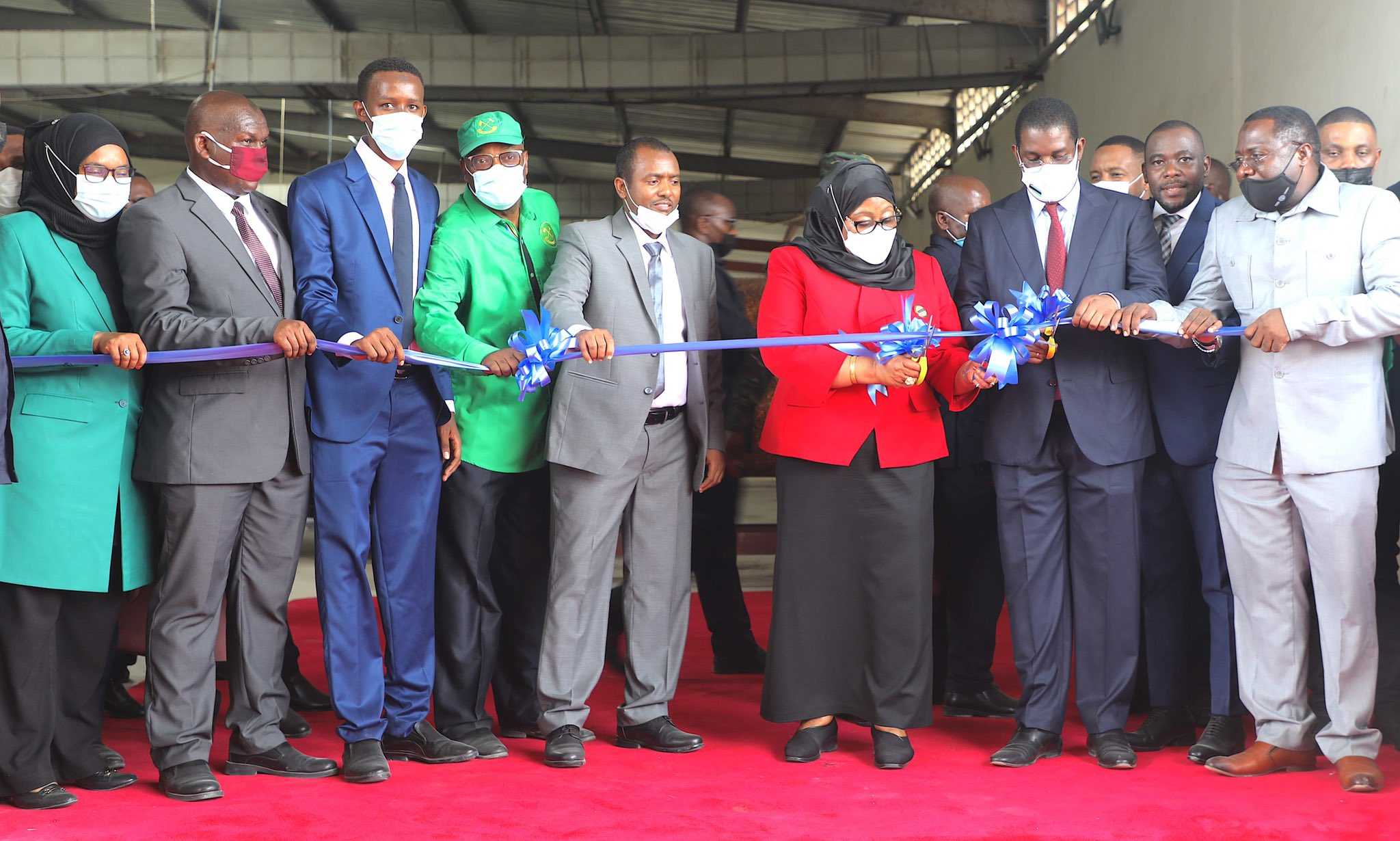 A Kenyan company is setting up a $51.3 million (about Sh115 billion) factory in Zanzibar as it targets to get a pie of the world’s $920 billion textile market.