The 37-year-old British model, known for her fiery temper, was cuffed on board a British Airways jet and led off the plane by police.

A Scotland Yard spokesman said: "At 17.11 we were alerted to a disturbance at Terminal 5 where officers attended.

"Subsequently a 37-year-old woman was arrested on suspicion of assaulting a police officer and taken to Heathrow police station."

An airport spokesperson said: "I can confirm that a passenger on board a British Airways flight was removed by police."

Passengers reported that Ms Campbell was aggressive and abusive to staff.

It is thought there was an issue with the model's luggage.

I love a feisty woman. I do. Naomi come to daddy.

Nzokanhyilu said:
I love a feisty woman. I do. Naomi come to daddy.
Click to expand... 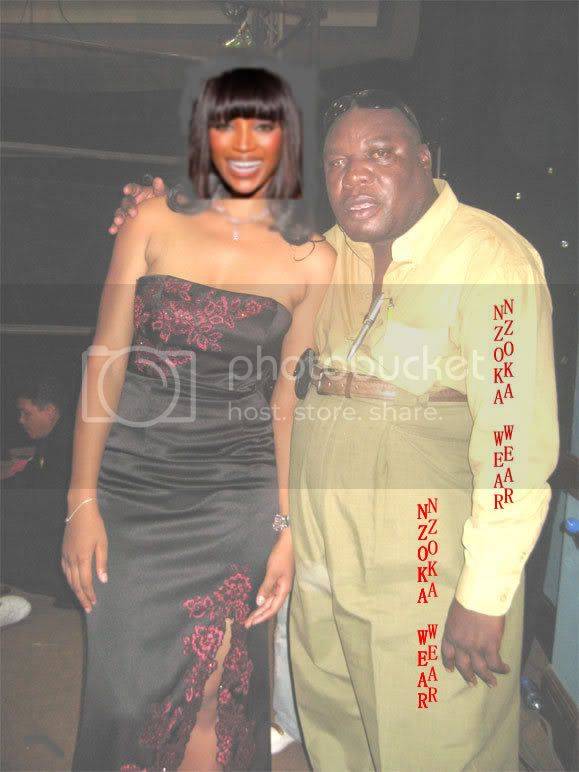 Somebodyneeds to give her stupid ass a serious butt whupin'...I mean a serious one....

Asante sana. I think other people dont realise what she has gone through and she goes through to put african/black models on the map.
I will not judge her.
Sawasawa na issue ya Dwain Chambers na Amy Winehouse. Dwain Chambers has served his time, na sikubaliani na kubwia kwakwe madawa ili afanikiwe katika riadha. Ila Amy Winehouse, anabwia kila siku hadi rehab....lakini wanavyomprotect, and she selling records like whaat, wakati huyo anaonekana kama role model.
Maaaan. Thats why i say, Naomi can be feisty any time.

SUPERMODEL Naomi Campbell is facing a possible 18 months in prison today after being charged with assaulting two police officers at Heathrow Airport.

The charges relate to an incident last month when she was removed from a flight bound for Los Angeles following an alleged row over luggage.

Campbell, 38, was charged with six offences when she answered bail at Heathrow police station this morning.

The model is charged with three counts of assaulting a constable, one count of disorderly conduct likely to cause harassment, alarm or distress, and two counts of using threatening, abusive words or behaviour to cabin crew.

She is alleged to have assaulted two police officers, one of them on two separate occasions, the Crown Prosecution Service said.

Campbell could be jailed for up to six months and/or fined up to £5,000 for each count of assaulting a constable if she is found guilty.

The supermodel arrived at the police station in a chauffeur-driven Mercedes just after 11.30am wearing a pinstriped dark suit and sunglasses.

After spending half an hour inside being informed of the charges she was driven away after refusing to answer any questions from waiting reporters.

Her lawyer Simon Nicholls read a statement on her behalf.

He said: "Miss Campbell is bitterly disappointed that the prosecutors have advised her she is to be prosecuted for various offences

"Prosecutors in this case have decided she needs to be prosecuted in the magistrate's court. She respects that decision and she hopes this matter is dealt with expeditiously."

The model was flying British Airways to the US for a memorial service from the airport's recently opened Terminal 5 - which has been dogged by baggage problems - when she was arrested.

Her spokeswoman said at the time that once on the plane Miss Campbell was told that one of her bags was missing.

It was reported that a row ensued and the supermodel was handcuffed on board and was being removed by police officers when the alleged assault took place.