Former US president Donald Trump has filed a lawsuit against tech giants Google, Twitter and Facebook, claiming that he is the victim of censorship.

Mr Trump was suspended from his social accounts in January over public safety concerns in the wake of the Capitol riots, led by his supporters.

On Wednesday, Mr Trump called the lawsuit "a very beautiful development for our freedom of speech".

In a news conference from his golf resort in Bedminster, New Jersey, Mr Trump railed against social media companies and Democrats, who he accused of espousing misinformation.

"We are demanding an end to the shadow-banning, a stop to the silencing, and a stop to the blacklisting, banishing, and cancelling that you know so well," he said.

The suit requests a court order to end alleged censorship. Mr Trump added if they could ban a president, "they can do it to anyone".

None of the tech companies named have yet responded to the lawsuit, which was filed to a federal court in Florida.

Mr Trump was joined at the announcement by former Trump officials who have since created the not-for-profit America First Policy Institute.

According to Twitter, the tweets that resulted in Mr Trump's ban for "glorification of violence" were from 8 January, two days after the rioting in the nation's capital. The riot followed his repeated claims, without evidence, that the election was rigged in Joe Biden's favour.

He wrote that the "great patriots" who voted for him will have "a giant voice" and "will not be disrespected or treated unfairly in any way, shape or form", and in another post said he would not attend President Joe Biden's inauguration.

At the same time on Wednesday, Mr Trump's Republican allies in Congress released a memo describing their plan "to take on Big Tech".

The agenda calls for antitrust measures to "break up" the companies, and a revamping of a law known as Section 230.

Section 230, which Mr Trump tried to repeal as president, essentially stops companies like Facebook and Twitter from being liable for the things that users post. It gives the companies "platform" rather than "publisher" status.

"It's a liability protection the likes of which nobody in the history of our country has ever received," Mr Trump said, criticising the law on Wednesday.

He added that the law invalidates the companies' statuses as private companies.

The lawsuit has been criticised by legal experts, who pointed to Mr Trump's habit of issuing lawsuits for media attention but not aggressively defending the claims in court. His argument of free speech infringement has also been questioned by analysts, as the companies he accuses have those same First Amendment protections in determining content on their sites.

Sometimes by losing a battle you find a new way to win the war. - Donald Trump 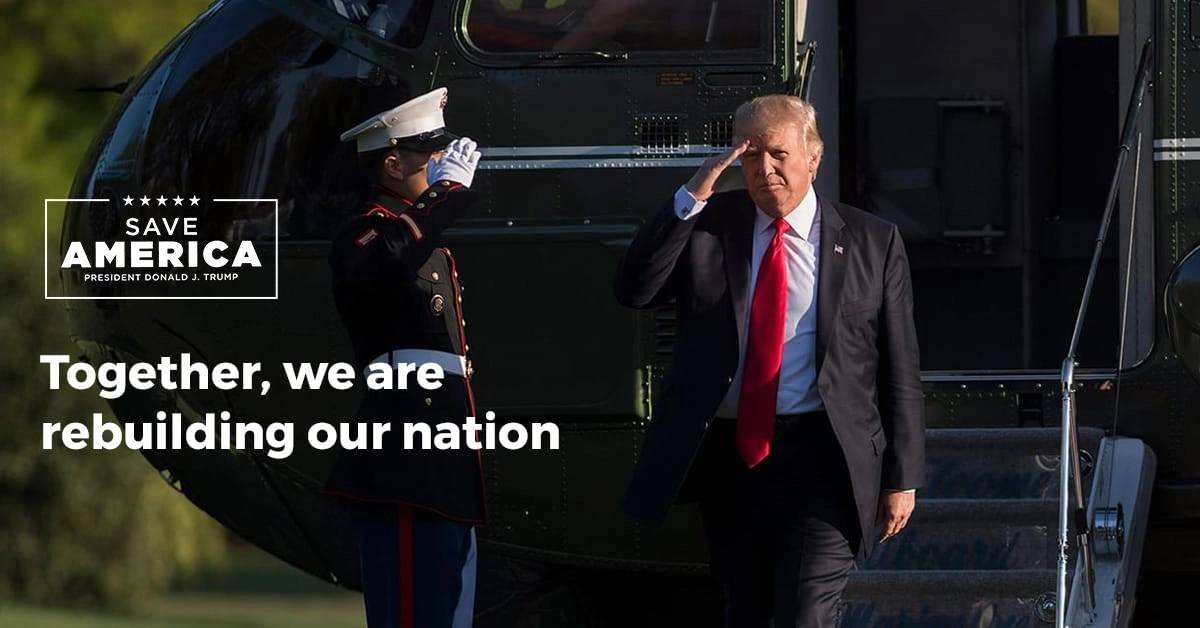 Over the past four years, Donald J. Trump's administration delivered for Americans of all backgrounds like never before. Save America is about building on those accomplishments!

www.donaldjtrump.com
You must log in or register to reply here.