Captured on our streets by a foreign lens, shaming images that turned Britain into a laughing stock

Here, in vivid detail, is a squalid portrait of binge-drinking Britain. Some of the more incapacitated specimens are in mid-vomit. A few have simply passed out.
Tequila-fuelled young women strike crude poses that will (or should) mortify them in the sober light of day. More worryingly, one or two are unconscious on the pavement, dangerously vulnerable in their pathetic state. 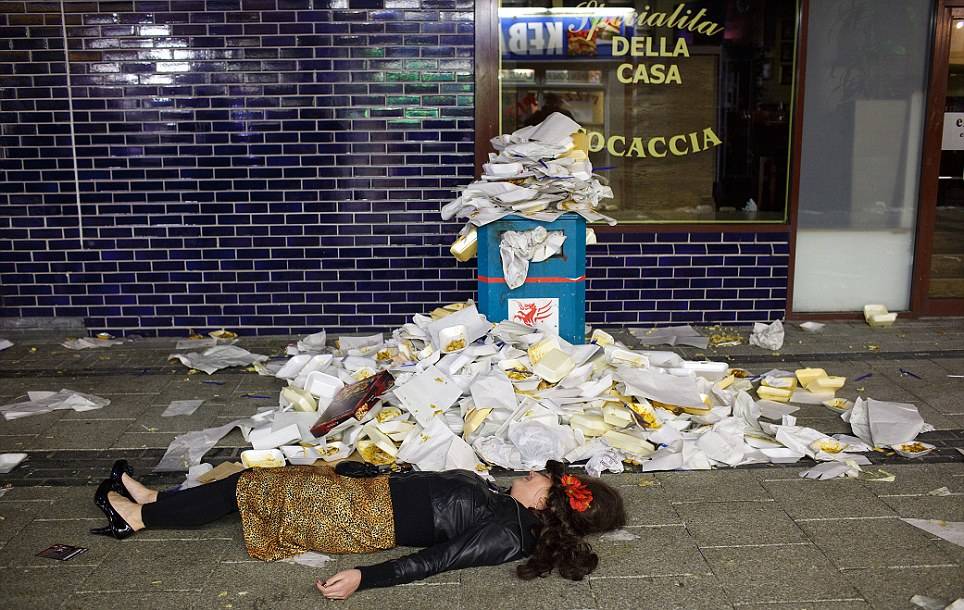 Left out with the trash: A woman apparently incapable of standing lies defenceless on the streets of Cardiff


One image -too disgusting to print here -shows one triumphal inebriate male advancing on a group of sozzled young woman exposing himself.
The scenes were all captured in Cardiff, in the area around St Mary Street and neighbouring &#8216;chip alley'. But similar scenes are being played out in town centres all over Britain every weekend.

Yet there was no sense of concern or revulsion the other day when this collage of shame was unveiled before an audience of 1,000 people. Instead, they leapt to their feet, applauding, roaring with laughter and crying &#8216;Bravo!' 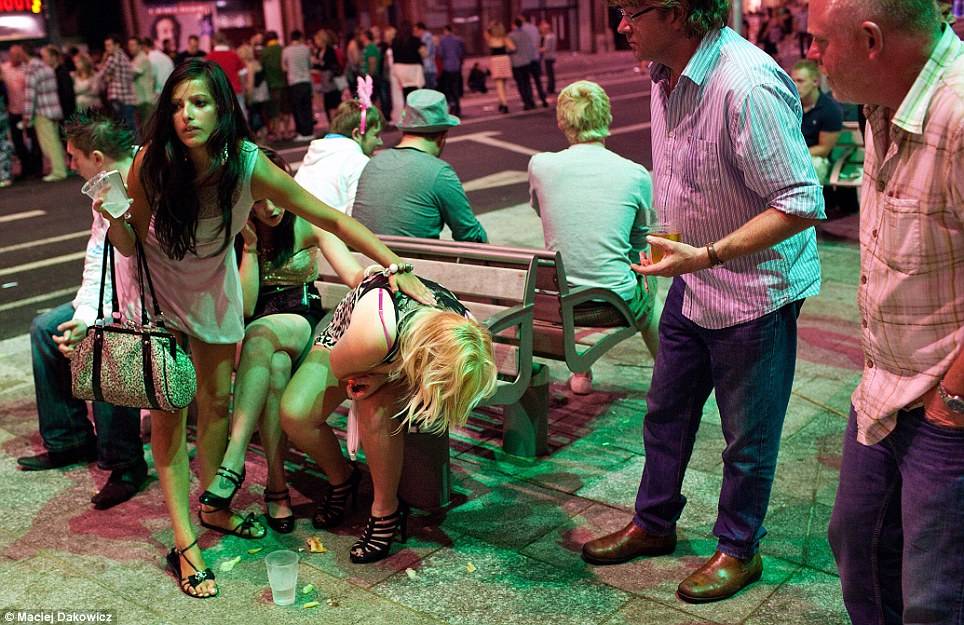 In a poor light: Although this picture is shrouded in a green glow, the party girl pictured is feeling greener 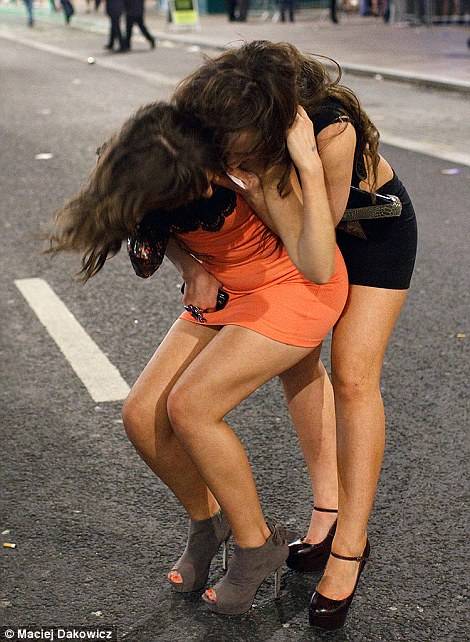 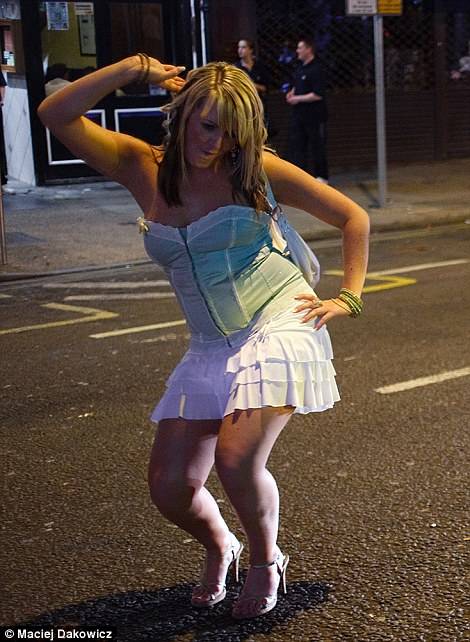 
Sorry sight: Revellers on 'Chippy Lane' abandon all dignity as the clock strikes 2am 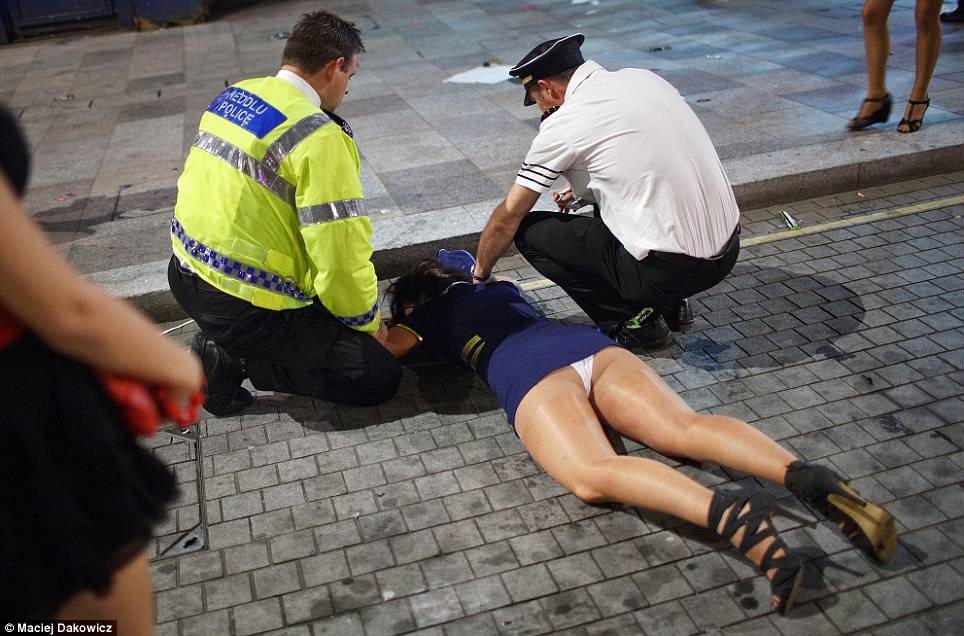 All modesty abandoned: A woman in towering heels is helped by a policeman and friend


For, in the eyes of the experts and professionals gathered at the International Festival of Photojournalism in the French city of Perpignan, this portfolio of work -entitled Cardiff After Dark -was a beautifully crafted and realistic portrait of life in modern Britain.
The next time we scoff at, say, the chauvinism of the French or the hysterics of the Italians, it is worth remembering the sort of stereotypes which are applied to Britain.
Polish photographer Maciej Dakowicz, 34, has been capturing nocturnal scenes in Cardiff - where he was previously a student - for the past five years.

The results speak for themselves.
Dakowicz admits that he would be unable to produce images like this in his home town of Bialystok in Poland. 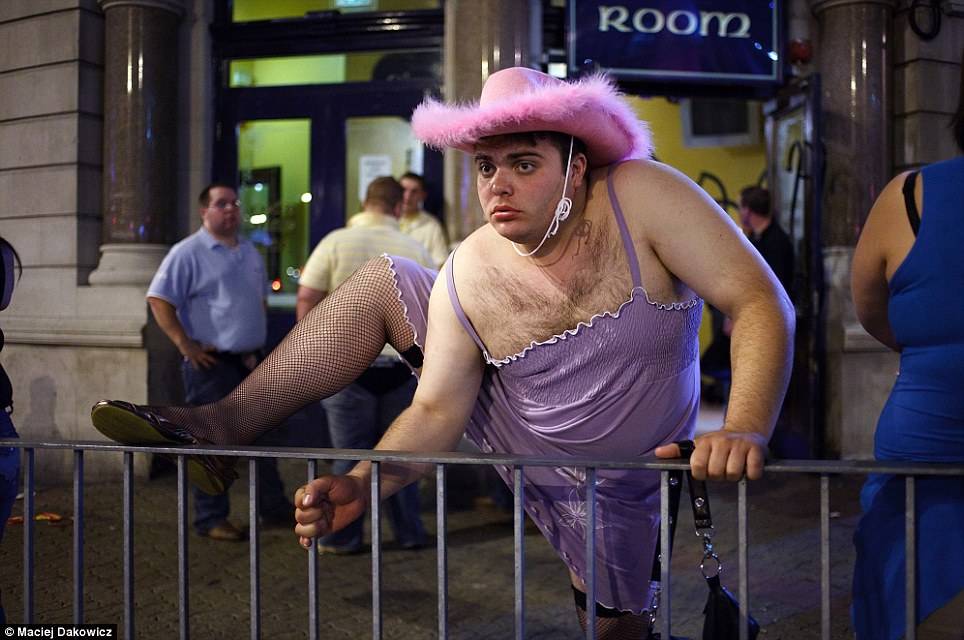 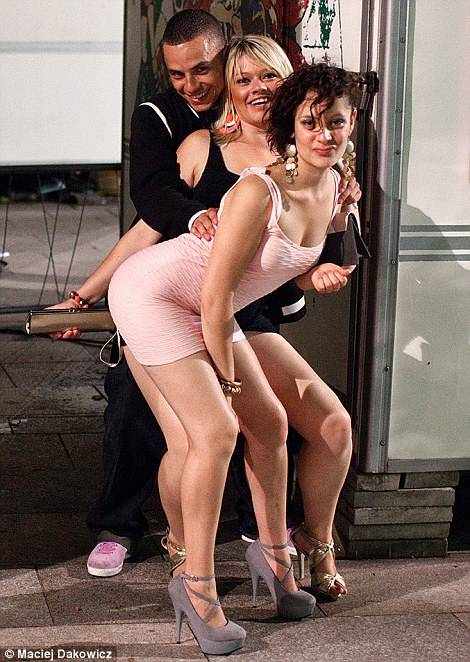 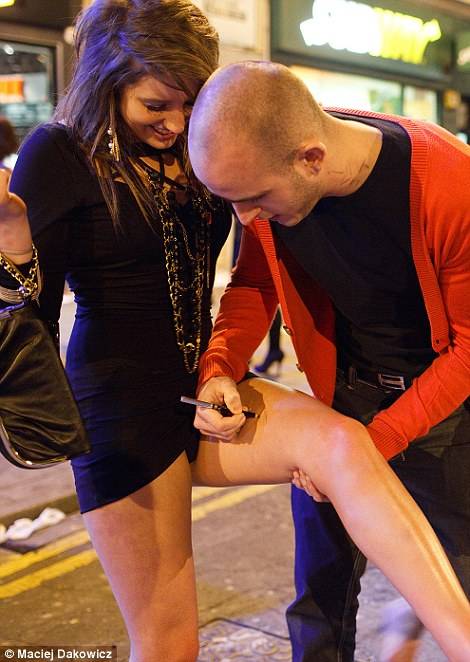 
Modesty: An image that would make a pole dancer blush (left) and a happy couple exchange phone numbers 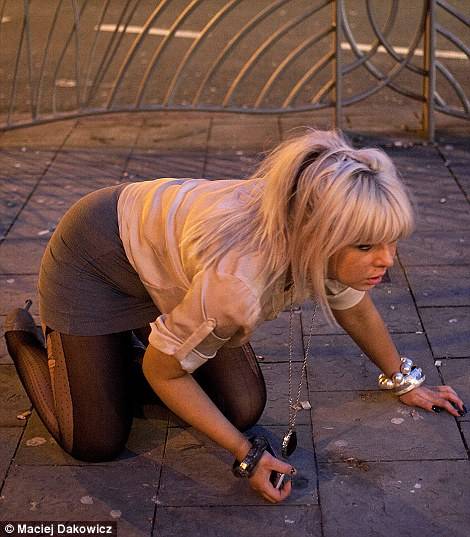 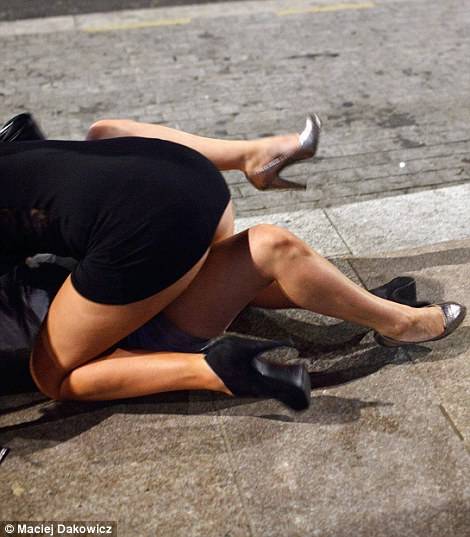 Floored: One reveller scrambles around on hands and knees (left) while two women take a tumble (right) 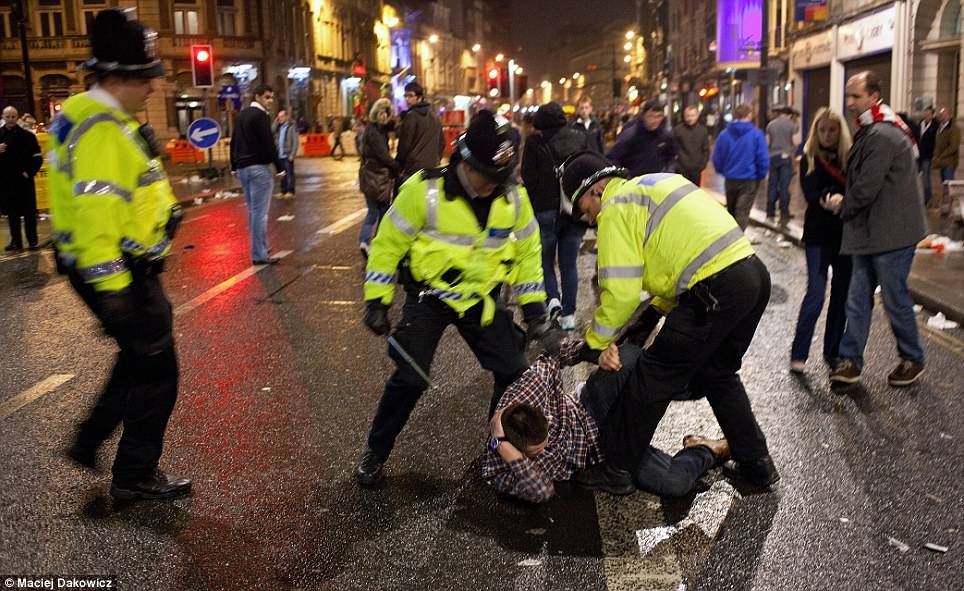 Batons raised: Three officers restrain a youth whose evening has taken a turn for the worse

People there just don't demean themselves like that. But, in Cardiff, he was spoiled for choice. For all that, he remains fond of the Welsh capital.
&#8216;Welsh people are very friendly and open,' he says. &#8216;The atmosphere is very cheerful and everyone is having a good time.' And so they are - if your idea of having a good time is passing out in a pool of vomit.
&#8216;The pictures tell stories of drinking, of love, of violence, of lots of things,' he insists.
Around 50 of these images were presented at the prestigious festival on a giant screen. The critics lapped them up.
&#8216;The reaction was very positive,' says Dakowicz. &#8216;The audience was laughing. They were making fun of British people.'
No doubt they were.
The nation which was once regarded as a buttoned-up bunch of repressives in bowler hats is now a land of incontinent alcoholics.
Spiffing, eh? 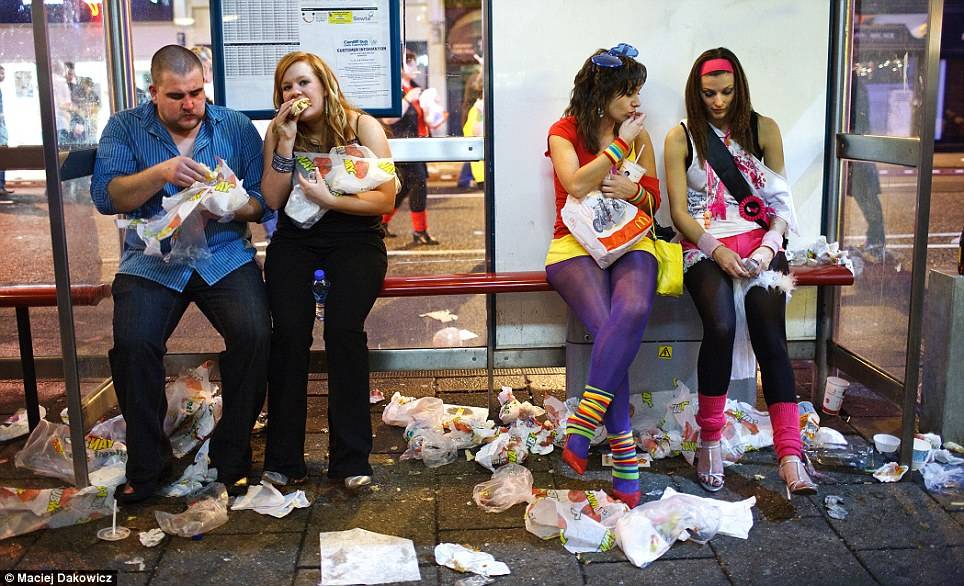 Slap-up supper: After a night on the town revellers soak up the alcohol with some fast food while sitting amid piles of rubbish 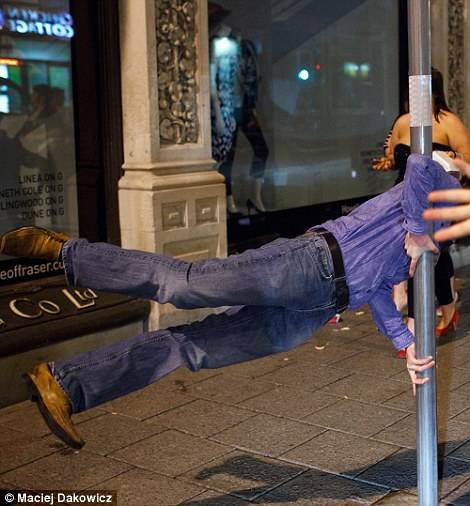 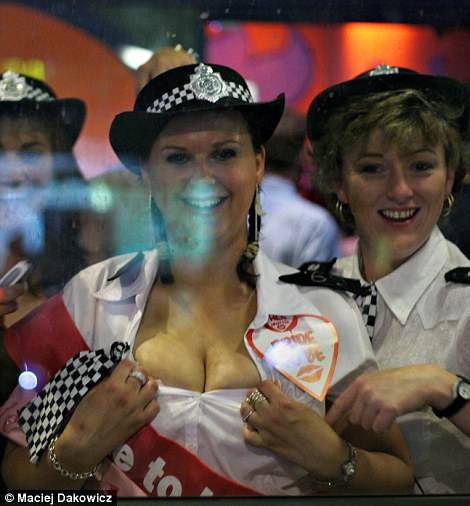 Gravity defying: One man indulges in a spot of pole dancing (left) while a lady in fancy-dress exhibits her ample cleavage (right) 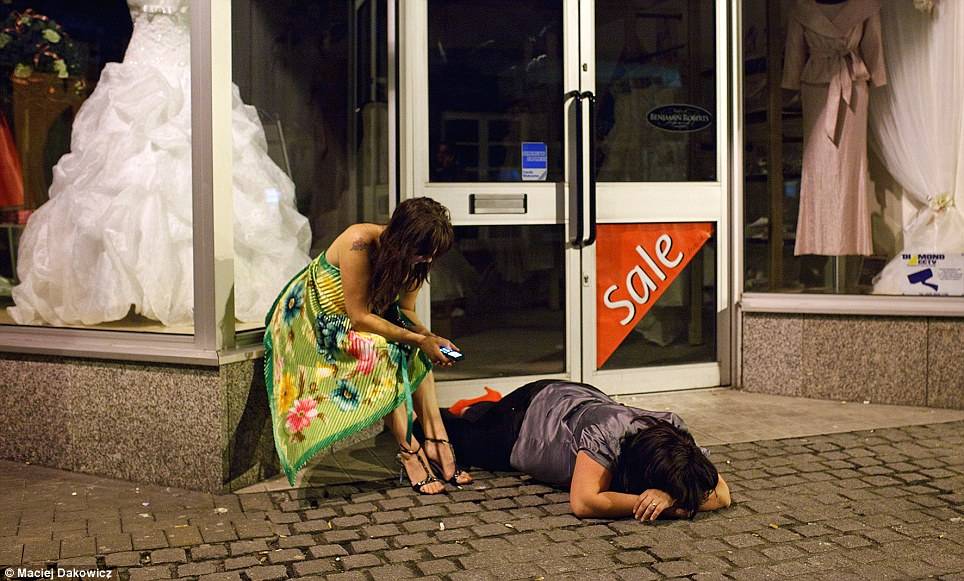 End of the road: Sprawled on filthy cobbles this girl is ignored as her friend plays on her phone 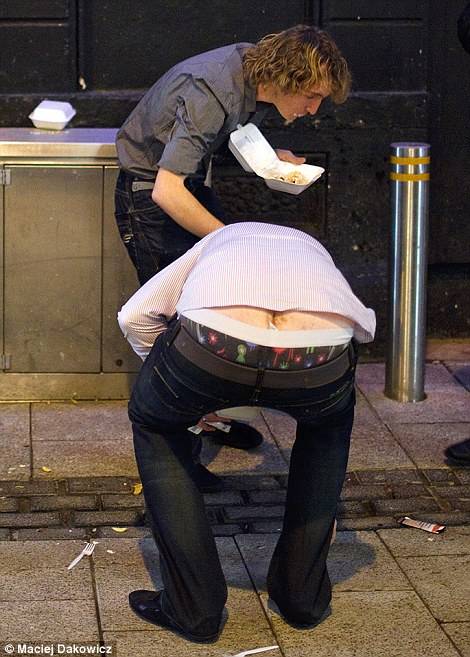 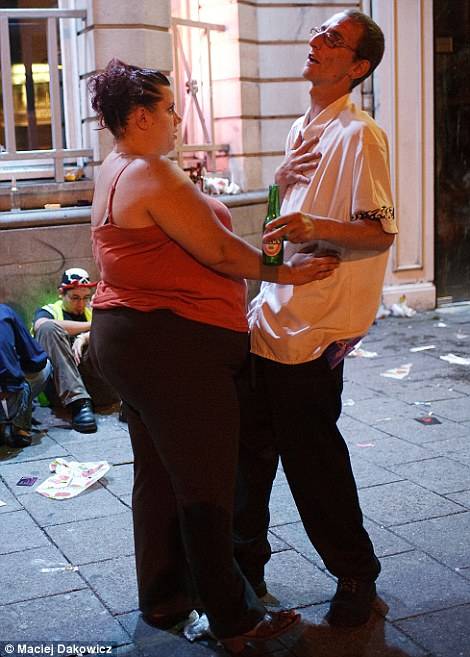 
Starting to crack: One man fails to maintain his modesty and he bends over (left) while another serenades his beau in a littered street (right) 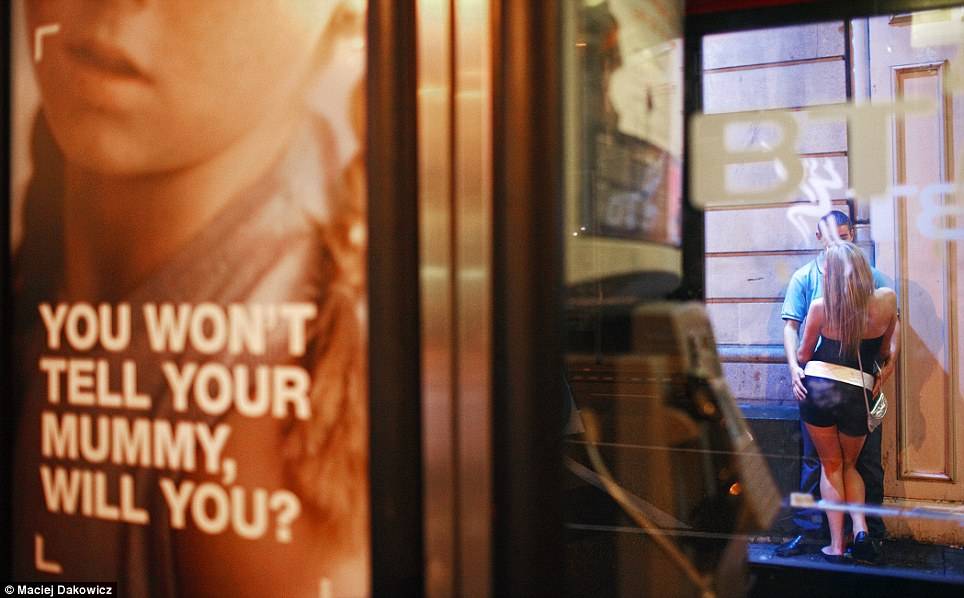 Intriguing insight: Most parents will have no idea what their children get up to on an average night out

Mh..they look awful and Gross!!
A

ze commedy!
You must log in or register to reply here.