Let us discuss negative effects caused by alcohol in our society. Despite that the alcohol industry pays huge tax, the government foot further huge cost to what has been caused by alcohol. Individuals suffer most as negligence to regulation prevails, social responsibilities ignored and safety not given attention.

IOGT-NTO said:
Let us discuss negative effects caused by alcohol in our society. Despite that the alcohol industry pays huge tax, the government foot further huge cost to what has been caused by alcohol. Individuals suffer most as negligence to regulation prevails, social responsibilities ignored and safety not given attention.
Click to expand...

Remember Liquor is healthy when taken in specified quantity, but quantity increases with time(-).
Any way
Your right, but its is culture which have been cultivated for long time. No function or gathering without liquor, i am not taking only TBS standardized!, even local brewed. It will be a tough exercise to eliminate this. I suggest the same steps which have been used against tobacco industry should be apply
I

How could it be possible that liquor is healthy when taken in specified quantity?

I think the way u have started this thread is wrong..why have u stated that we should discuss the negative,why not the negative and positive of Alcohol?

Its always good to take alcohol not more that one little before 23hrs if ur going to work the next morning day.

Because u will not get enought time to sleep if you sleep after those hrs.

why not the negative and positive of Alcohol?

which side carries more weight? 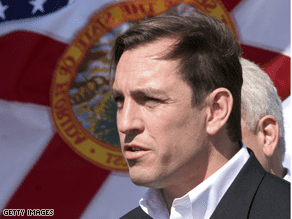 In a newly released statement, Fossella said he made an "error in judgment."

"As a parent, I know that taking even one drink of alcohol before getting behind the wheel of a car is wrong," Fossella said. "I apologize to my family and the constituents of the 13th Congressional District for embarrassing them, as well as myself."

Fossella, a Republican, was stopped while driving in Alexandria, Virginia - a suburb of Washington, D.C.

The Post says court records show Fossella is scheduled to appear in Alexandria General District Court on May 12 for an advisement hearing.

Fosella has served in Congress since 1997.
N

IOGT, disarray post removed. Have a good day !
I

Dear Nyerererist,
I agree with you that according to scriptures Jesus changed water to wine.
Can you give me statistics of how many men went to beat their wives after that event as it is today? Alcohol contributes much to domestic violence if you are not aware.
Can you tell me how many cars crashed when people went home after taking wine made by Jesus? Alcohol contributes much to road accidents if you are not aware.
Lastly, can you tell me how many went and have unprotected sex after the Cana wedding?

We live in different times, why can't we tell people to be responsible; whether they drink or not?

Save water, drink beer!
I personally hate alchol but it loves me and wont let me go!

Alcohol is another evidence that God wants us to be happy!
You must log in or register to reply here.