By FAUSTINE KAPAMA-Judiciary
THE Full Bench of the Court of Appeal has dismissed the appeal lodged by human right activist, Advocate Jebra Kambole, challenging the decision of the High Court, which declared the law on death sentence imposed to murder convicts as constitutional.


Justices Stella Mugasha, Mwanaisha Kwariko, Mary Levira, Paul Kihwelo and Abrahaman Mwampashi ruled in favour of the Attorney General, the respondent, after holding that the appeal by the Advocate, the appellant, was devoid of merits.

“There can be no better words to express our view and conclude as we do that, we find no merit in the appeal. Consequently, we dismiss it in its entirety.

However, given the nature of the appeal, we make no order as to costs,” they declared.
The Bench upheld the findings of the High Court Panel comprised Judges Ama Munisi, Elinaza Luvanda and Benhajj Masoud that the issue on constitutionality of death penalty was res judicata, meaning such matter has been adjudicated by a competent court and thus cannot be pursued further by same parties.

In their well researched judgment, the judges of the High Court pointed out that the issue under litigation was decided by the Court of Appeal of Tanzania in 1995 in the case of Republic vs Mbushuu alias Dominic Mnyaroje and Another.

They were, therefore satisfied, as the High Court did, that, the constitutionality of death penalty under the impugned provision could not be looked at in isolation of the element of mandatory imposition of the death penalty.
The Justices pointed out that the High Court rightly made the impugned decision aware of the fact that section 197 of the Penal Code has been the subject of litmus test in particular its constitutionality since the decision in Mbushuu’s case.

Such case, they noted, was relied upon by the High Court in the case of Tete Mwamtenga Kafunja, which was also the basis of the decision in the impugned decision.
The Justices were mindful of the fact that the counsel for the appellant argued in their submissions that the Tete Mwantenga's case was not decided on merit and the Mbushuu's case was decided on the basis of constitutionality of death penalty and, therefore, the impugned case was not res judicata.

“In our considered opinion, this argument although attractive, but it would be presumptuous to think that the impugned decision was not res judicata as the counsel for the appellant have tried to make such an enduring impression,” they said.

According to the Justices, it was conspicuously clear that, in the Tete Mwamtenga's case the prayers were the same as in the case subject of the present appeal and that the court rightly found that section 197 of the Penal Code which was subject of the challenge had already been tested in the Mbushuu' case.

Moreover, they noted, the decision in Tete Mwamtenga's case has not been subjected to an appeal to date despite the fact that the counsel in that case was the same counsel in the case subject of the present appeal.

“Thus, to hold that the case under scrutiny was not res judicata, in our view will be erroneous and misleading. We venture to say that, for the foregoing reasons, that concludes our deliberations on the second issue (on res judicata) which is, accordingly, answered in the affirmative,” the justices said.

The appellant, a staunch human right activist and who expressly describes himself as a patriotic and conscious Tanzanian citizen with human rights concern, through the Legal and Human Rights Center lodged a petition before the High Court challenging the mandatory imposition of death penalty.

Advocate Kambole was against section 197 of the Penal Code, which reads, “Any person convicted of murder shall be sentenced to death.” The death sentence in Tanzania is executed by hanging to death.”

The appellant further alleged that the impugned provision takes away the discretion of the court to award alternative or lesser sentence to a convict of murder according to the circumstances of each case. He had moved the court to declare the provision unconstitution on various grounds.
The appellant stated that the law gives rise to the denial of a fair trial because the convicts are not allowed to make any mitigation and also the court is denied the right to make proper analysis and assessments before sentencing the convict thus, it is in violation of Article 13 (6) (a) of Constitution.

He stated that the provision of section 197 of the Penal Code is unconstitutional for offending the provision of Article 13 (6) (a) of the Constitution as it denies the court an opportunity to exercise its discretion in sentencing.
According to him, the punishment is in violation of the right to nondiscrimination as provided under Article 13 (1) of the Constitution, as whilst other convicts are allowed to mitigate, the convicts of murder are not afforded an opportunity for mitigation. 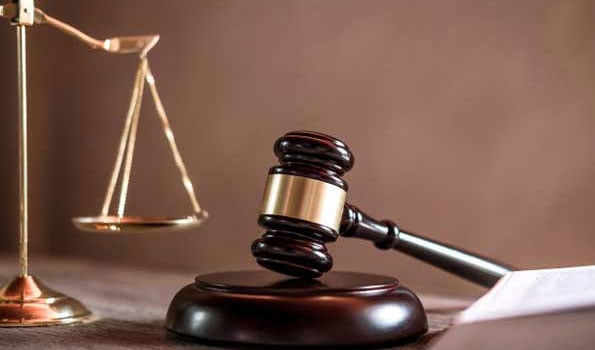 Thanks for this
P
B