Things Samia Suluhu should avoid to do in Kenya

Do you know in TZ Investers 40% are Kenyans

Kafrican said:
Who determines the cost of security? Who makes the decisions about these things, is it the port or the shipping line?
Click to expand...

Teargas said:
The profit we will make from the gas is much bigger than what you will get from Kenya. Let me assure you that Kenya will sell the gas to other countries.
Click to expand...

So those countries will not be tapping at source, instead go to you to be charged higher prices.

A simple case of accepting the truth but trying to downplay it, skia ni the number 1 investor in africa si mabibi zenyu wa south africa 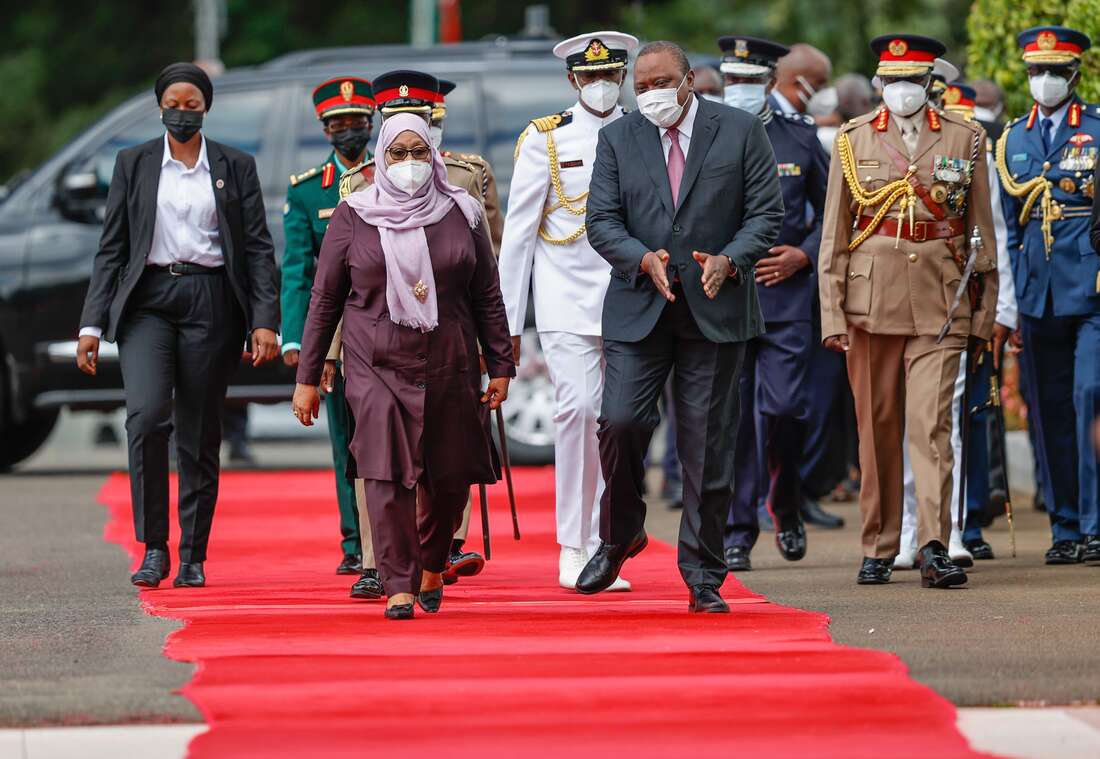 Presidents Samia and Kenyatta say they agreed to build more interconnecting infrastructure, starting with a gas pipeline and roads.

Kafrican said:
Hapa explain which market forces are these that determine Distance and weights of containers on shipping lanes
Click to expand...

Iran is the "major" factor. When US lifted sanctions on Iran, more tankers passed through and vice versa. Iran is the factor.
Same issues in the black sea, south china ocean etc...
Shipping agencies are just bitches in this game. Governments are the pimps.

Bado narudi kule kule. You can keep you peanuts back in Kenya. Hamna hela ya kufanya biashara huku.

Kachengcheng said:
Do you know in TZ Investers 40% are Kenyans

I should be frank to Madam President on her rushed visit to Kenya to do agreements with unpredicted regime that is full of surprises and about to wind up as early as February 2022.

Though I understand through our constitution every President is allowed to have different approach on regional issues and international policies, I still want my president to avoid the following:
Common markets are meant to allow fair competition among member states in the region. Any agreement outside common market is usually intended to undermine that leverage and should be avoided. Samia Suluhu should ask why is Tanzania forced to sell maize and not flour in Kenya! BTW I will be shocked if she will be going without any MOU of Dar-Mombasa natural gas pipeline as her meaningless to Tanzania's interests.

To be fair enough I am not pleased with her hasted tour of Kenya! I would have expected her to be conducting meetings with our business communities especially our tourism, horticulture and farmers stakeholders. But instead, she chooses to go and listen to grievances of a neighboring country's business community, did she have time to consult our economists? To me it is a wasted opportunity to listen to our business community first, I wonder whose interests is she representing in Nairobi?

Pleased to see her pushing for Dar-Mombasa pipeline aside energy sharing with Kenya as i am 100% sure our affordable gas and power fromJNHPP will get the market and benefit Tanzania greatly!


​
Madam Suluhu has adhered to almost everything i begged her to do and also be cautious. Therefore i rest my case and i pray to Allah to continue bless her with wisdom to lead the nation.
Click to expand...

Child, you have a point though I don't get it when you assert that SSH's tour to Kenya was rushed. How and why? You are dead right. There are things she needs to avoid. Kenyans are known for their desire to benefit from our resources without any kind of reciprocation.
You must log in or register to reply here.