Legally, of course, there was no political party in Tanganyika.

The Governor did not need to go to the Registrar of Societies to check the simple fact; it was known the Africans in Tanganyika had not gone beyond formation of welfare associations.

But the government was forced to react in the way it did because of developments after 1950 when the Makerere intellectuals took over the TAA.

The government decided to react against TAA because it was aware of its political character.

Since 1950 when Abdul Sykes and Dr. Vedasto Kyaruzi assumed power, TAA headquarters began to capitalize on the social discontent in the country in order to legitimise its own existence in the eyes of the people of Tanganyika.

The formation of the Political Sub-Committee in TAA, its involvement in the Constitutional Development Committee of Governor Edward Twining and in its submission of proposals to the government and its conduct in the Meru Land Case smacked of behaviour typical of political organisations.

The colonial government was also aware that Mwapachu was in contact with the Fabian Society and was contributing radical articles to The Sentinel and was exchanging correspondence with ultra-leftists of the Labour Party in Britain.

In his capacity as the secretary of TAGSA, Ally Sykes had established contact with the Secretary-General of the Pan African Congress of Northern Rhodesia, Kenneth David Kaunda.

Abdul Sykes had met the Indian High Commissioner to East Africa in Nairobi in 1950 in his official capacity as secretary of TAA.

The colonial government was probably aware that since 1950 Abdulwahid and Ally were in constant contact with the Asia Socialist Conference and its Anti-Colonial Bureau.

This behaviour by the Association and its leadership had transformed it into a de facto political party.

By the time Nyerere was taking over leadership of TAA, Governor Edward Twining had ample evidence of TAA’s involvement in politics and the circular which the government had issued was to check this new development.

Up to that moment no one could accuse Nyerere of meddling in politics, even with his election as president of the TAA.

If the government had wanted it could have interdicted almost the entire leadership, save Nyerere and a few others, and banned TAA.
The circular therefore threatened the very existence of the association and its direction.

Most of the educated Africans who were in the civil service left the Association. Remaining close to Abdul Sykes , Nyerere and TAA were a few die-hards-Ally Sykes, Dossa Aziz and John Rupia.

Abdulwahid risked losing his job as Market Master at the Kariakoo Market.

Being a missionary employee, Julius Nyerere ironically, was not affected by the circular, although as we shall see later, his leadership of the popular mass movement was in contradiction to the stand of the Church on African politics.

The political movement which had existed in Abdul Sykes' mind from the end of the World War II when he was in Burma serving under the British command faced premature death.

It was obvious to Abdul Sykes that the TAA leadership and the future of Tanganyika faced a do-or-die situation.

They could either succumb to threats and nip the movement in the bud, or stand up against the government and face whatever would be the consequences.

After assessing the political climate and making the necessary consultations with the TAA inner circle, (Abdulwahid, Ally, Tewa, Dossa, Rupia, Nyerere and the elders), TAA leadership at the headquarters resolved to stand up to the colonial government.

In an unprecedented gesture, TAA declared itself a political party working for the development of the people of Tanganyika.

Further more, it called for a dialogue with the colonial government.
TAA President Julius Nyerere wrote a letter to Governor Edward Twining which in part read:

From the Moshi TAA branch, Joseph Kimalando, a middle-aged veteran politician who was the association’s secretary wrote to headquarters:

''... the content of your circular letter of 10 th August ultimo was laid before the meeting and the audience decided to support the headquarters in any form you may consider desirable, and if your intending interview does not achieve the desired objective, we shall have to represent the matter to Her Majesty’s Government.''

A remarkable occasion on the TAA leadership was that on 2nd June, 1953, it sent a congratulatory message to Her Majesty the Queen to mark her first coronation anniversary.

The message was signed by the entire TAA leadership, pledging allegiance to the Queen and declaring itself as ‘'loyal subjects.’'

JULY 1954
''The last agenda item was for discussion was the status of the Queen vis-a-vis the Africans of Tanganyika and the Meru evictions.

It should be remembered that in 1951, Ally Sykes as TAGSA secretary had made remarks against the status of British jurisdiction over Tanganyika.

The conference maintained that Africans of Tanganyika were not British citizens and therefore the Queen could not possibly have power over the territory.

TANU stated that it recognized the Queen as head of the colonial government headed by Governor Edward Twining.

In view of this TANU demanded the UNO flag should be hoisted side by side with the Union Jack to signify the authority and presence of both the UNO and Britain as the two authorities presiding over Tanganyika as a mandate territory.'' 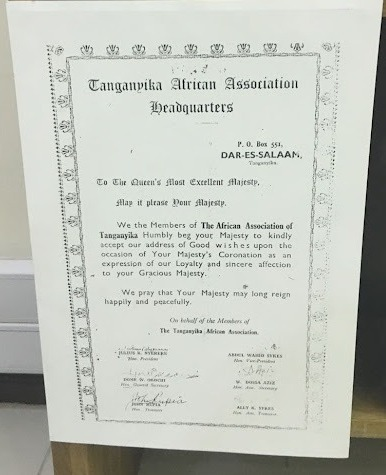 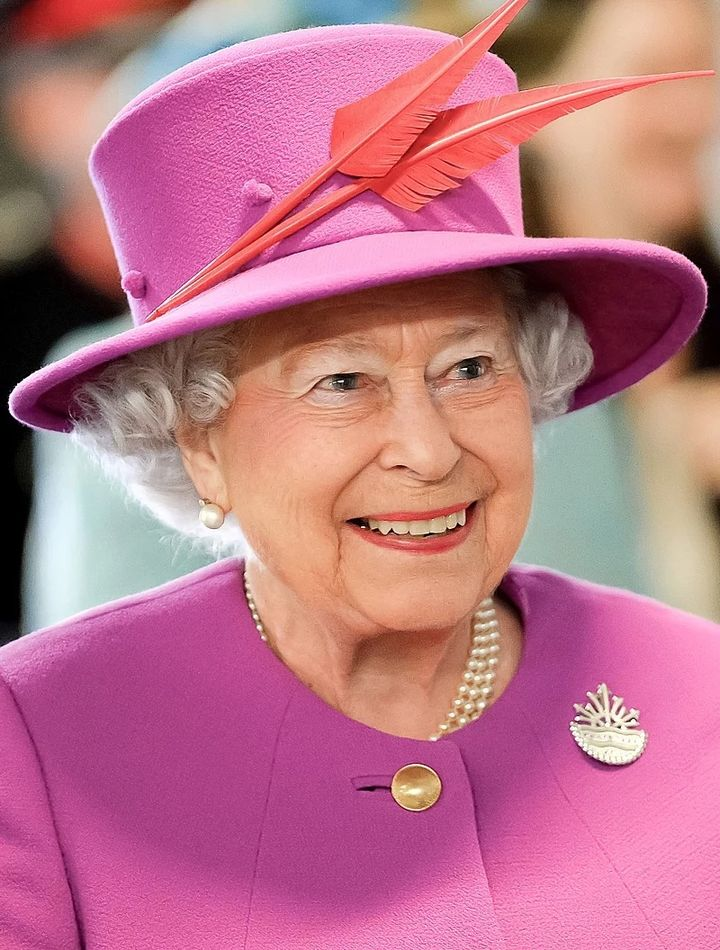