Manchester City are on top of premier League with Arsenal after 3-1 win against New Castle United. The Table might change this afternoon when Arsenal take West Ham away from home.

AVRAM OUT BY CHRISTMAS

AVRAM GRANT has become a laughing stock among his own Chelsea stars who are backing him to get the boot by Christmas. To add to the crisis, respected coach Steve Clarke will QUIT the Blues in a fortnight.

Chelsea's season hit rock-bottom yesterday as Grant had to watch a 0-0 draw at home to Fulham in which Didier Drogba was sent off, John Terry suffered a fractured cheekbone and the players were booed by their own fans.

It was the Blues' FOURTH successive Premier League game without a win and Clarke has grown disenchanted following Jose Mourinho's shock departure and will walk out during next month's international break. That will increase the pressure on Grant, whose training methods have been described by one senior player as amateurish'. "Under Mourinho, training was exciting and inspirational, it was different every day," said the player. "But since he left, training has been amateurish. In one session this week we were asked to get the ball and just dribble round a cone.

"Some of the players said they hadn't been asked to do that since they were 14 years old. "There's no way Avram can last, he'll be gone by Christmas because the players just aren't having him at all." The mood of the squad will not be helped by the news the popular Clarke will leave after next month's match at Bolton. The Scot is the last link to Mourinho and his departure will be a huge blow to a club reeling from the shockwaves surrounding the controversial exit.

In his two spells at the Bridge, Clarke has built a reputation for loyalty to the Chelsea cause. Yet he was shocked at the way Mourinho was ousted and concerned the arrival of a new backroom staff would leave him side-lined. One source said: "Steve loves Chelsea but he feels he has just reached the end of the line at the club.

"He thinks the time is right to try his hand as a manager."
Clarke's departure is yet another blow to Grant, who has come under fire from critics and the League Managers' Association for not possessing a UEFA Pro licence, the minimum qualification needed to manage in the Premier League. The Israeli's short reign has been dogged by rumours of turmoil behind the scenes with Drogba the most recent of Chelsea's big names to voice their frustration at Mourinho's exit.
Click to expand...

Ole said:
Manchester City are on top of premier League with Arsenal after 3-1 win against New Castle United. The Table might change this afternoon when Arsenal take West Ham away from home.
Click to expand... 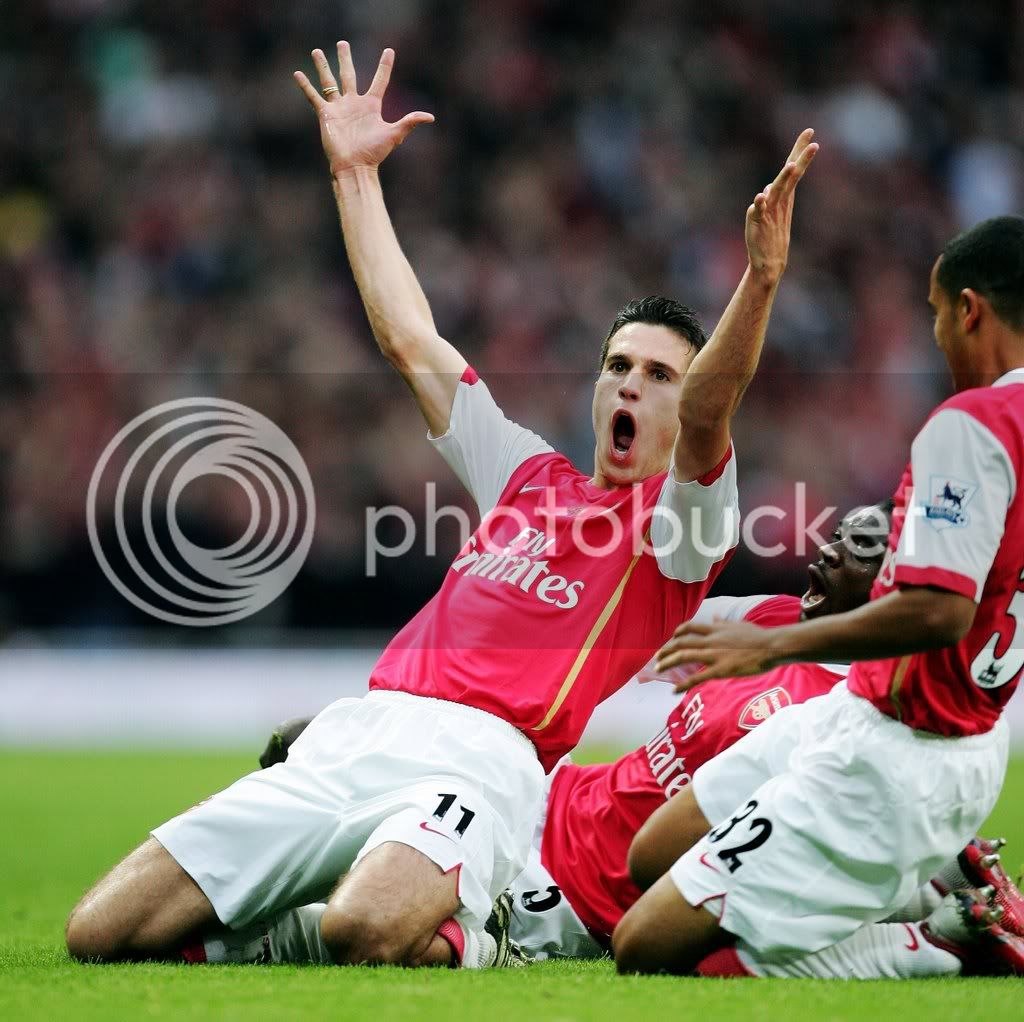 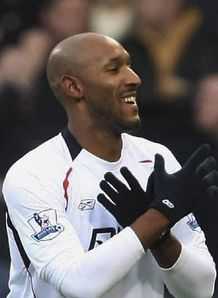 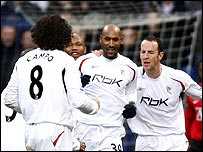 Liverpool won at Newcastle United, Portsmouth and Aston Villa picked up three points away from home, and Manchester City overcame Reading. Steve Bruce was in the stands as Wigan still await a first point against the 'big four' after going down 2-0 at leaders Arsenal. Captain William Gallas led by example, racing into the box to meet Bacary Sagna's cross at the near post for the opening goal on 83 minutes.
And just moments later, Arsenal caught Wigan on the break, Nicklas Bendtner playing in Tomas Rosicky to finish in off the post.

Defending champions United huffed and puffed at the Reebok as Bolton secured a battling 1-0 home win - their first in 10 league games. The fit-again Nicolas Anelka scored the only goal after just 11 minutes, finishing smartly after Gerard Pique had misjudged a ball into the box. Liverpool punished a woeful Newcastle United display by easing to a 3-0 victory at St James' Park in the early kick-off on Saturday.

Sam Allardyce's defensive approach was ripped to shreds in front of a disgruntled home crowd after Steven Gerrard's thunderbolt gave the visitors a 28nd minute lead.
The advantage was increased within 60 seconds of the start of the second half when Gerrard's corner was flicked on by Sami Hyypia and ricocheted in off Dirk Kuyt.
Substitute Ryan Babel completed the scoring just minutes after coming on, steering a low shot past Shay Given after a slick Liverpool move. A stunning Stephen Ireland volley in injury-time maintained Manchester City's 100 per cent home record after a nailbiting 2-1 win over Reading.

Martin Petrov put City ahead on 11 minutes when he finished after a scramble in the box ensued when Elano's shot struck the post. But Reading levelled two minutes before half-time when James Harper fired home from the edge of the penalty area before Ireland volleyed home from the edge of the box in impeccable style.
Managerless Birmingham endured an afternoon to forget after going down 2-0 at home to high-flying Portsmouth.

Richard Kingson endured a nightmare Premier League debut when the Blues keeper allowed Sulley Muntari's 34rd minute shot through his grasp.
There was no doubting the quality of Pompey's second goal on 82 minutes when Niko Kranjcar powered a free-kick into the top corner. Sunderland's dressing room will doubtless be a place to avoid after a 7-1 defeat at rampant Everton. It took Everton 12 minutes to get in front when Yakubu's shot looped up over Craig Gordon following a searching long ball. Tim Cahill's turn and shot made it 2-0 on 17 minutes before Steven Pienaar combined well with Nuno Valente for Everton's third on 43 minutes.

Dwight Yorke gave Sunderland a glimmer of hope just before half-time, smashing Kenwyne Jones' lay-off into the net following a double save from Tim Howard.
But any second-half comeback was snuffed out when Cahill scored his second on 62 minutes and Yakubu emulated that feat with a finish on the turn on 72 minutes.
With five minutes to go it was 7-1 after a superb solo effort from Leon Osman, who skipped past defenders before slotting past Gordon.

Gareth Southgate will hope the axe is not being sharpened after Middlesbrough lost 3-0 at home to Aston Villa. Boro enjoyed the better of the opening exchanges at the Riverside only to concede on the stroke of half-time when John Carew controlled Gareth Barry's cross before swivelling to score. And just two minutes into the second half, Lee Cattermole made a hash of a clearance, allowing Olof Mellberg to show the finer aspects of his game, with a deft piece of control before finishing past Mark Schwarzer from close range. Things got worse for Boro on 58 minutes when Gabriel Agbonlahor got the better of Jonathan Woodgate before volleying past Schwarzer.
Click to expand...

Arsenal continues to lead the Premiership by tormenting the opposition.

Paul Jewell started his new job with defeat as Steve Bruce secured a draw, while Chelsea have moved up to second in the Premier League. Blackburn Rovers heaped further misery on Newcastle United, while Reading and Portsmouth were held at home by Middlesbrough and Everton respectively.

Derby County boss Jewell was unable to find an immediate cure for his new side's goalscoring troubles after a last-gasp 1-0 defeat at fellow strugglers Sunderland. Kenny Miller struck the post for Derby, who have not scored since the end of September, while Kenwyne Jones hit the woodwork for Sunderland in the first half.

With the match heading for a draw, Anthony Stokes hooked the ball home from a yard out in injury-time after a double save from Stephen Bywater. New Wigan Athletic boss Bruce marked his first match in his second spell at the club with a 1-1 draw at home to Manchester City.

City were ahead through the Premier League's fastest goal of the season after 35 seconds when Titus Bramble missed his attempted clearance, allowing Geovanni to steal in and round Chris Kirkland to score. But Wigan responded on 25 minutes, with Jason Koumas clipping a cross to the far post where the unmarked Paul Scharner stooped to head home.

Wigan were forced to survive the final minutes with 10 men after captain Mario Melchiot was sent off for a two-footed lunge on City midfielder Stephen Ireland. Chelsea climbed up in to second spot with a hard-fought 1-0 win at home to West Ham United.

Former Hammers midfielder Joe Cole scored the only goal 15 minutes from time, getting the benefit of the doubt from an offside decision before skipping past Robert Green to score.

European hopefuls Portsmouth and Everton could not be separated after a gritty 0-0 draw at Fratton Park. Blackburn bounced back from a midweek home drubbing with a 3-1 win over Newcastle at Ewood Park. Newcastle made the breakthrough two minutes into the second half when Geremi's free-kick from the left touchline was glanced home by Obafemi Martins.

Rovers are made of stern stuff, though, and drew level on 54 minutes courtesy of David Bentley's superb free-kick from 25 yards. Bentley then put Blackburn ahead on 67 minutes as his daisy-cutter from just outside the box whistled in off the post and Tugay clinched the points with a late finish from inside the area. Reading and Middlesbrough were unable to secure a much-needed win after a 1-1 draw at the Madejski Stadium.

The deadlock was broken on 54 minutes when a long punt downfield was flicked on and Dave Kitson lifted the ball over onrushing Boro keeper Ross Turnbull. Boro snatched a point on 83 minutes when substitute Tuncay Sanli headed in Luke Young's cross from close range for his first goal in English football.
Click to expand...