This, as the government continues with reforms in the energy sector.​

In Summary
•The 2021 Electricity Regulatory Index report released at the just concluded 23rd Africa Energy Forum, in London, saw East African countries dominate this year's ranking.
•Uganda topped the ranking for the fourth time in a row with Tanzania coming in third. 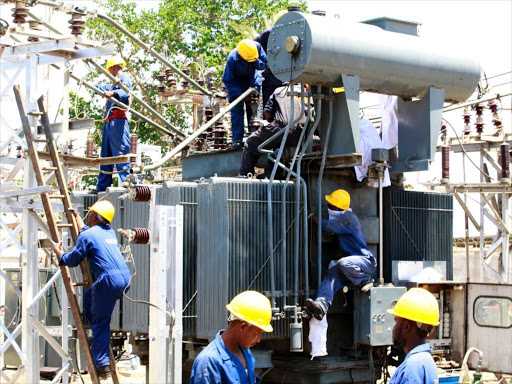 Uganda topped the ERI ranking for the fourth time in a row, illustrating the country’s strong regulatory framework to further develop its power sector.

Tanzania came in third followed by Namibia and Egypt which are ranked fourth and fifth respectively.
Kenya has jumped two placed after ranking fifth last year behind Uganda, Namibia, Tanzania, and Zambia.
The ERI survey measures and tracks indicators that reflect the performance of the regulatory system in African power markets.
It highlights key areas in regulatory design and practice that require improvements and reforms.
It considers 18 indicators categorised into three sub-indexes. These are the regulatory governance index, regulatory substance index, and regulatory outcome index.
Indicators tracked include independence, accountability, transparency of decisions, economic and technical regulation, licensing framework, renewable energy development, mini-grid and Off-grid systems, energy efficiency, open access to information among others.
The survey, helps countries in Africa improve their electricity regulatory environment by benchmarking with others on the continent.
“This is a testament that we have made some good progress in improving the electricity regulatory environment in the country. Over time, we have taken steps to make it easier for energy investors in the country to do business and it's paying off,” said Daniel Kiptoo, Energy and Petroleum Regulatory Authority director general.

According to EPRA, Kenya has also adopted a participatory approach where electricity customers have open access to information on regulatory processes and decisions resulting to robust regulatory environment.
To improve system reliability and stability and reduce electricity losses, the government plans to construct an additional 524.5 kilometres of transmission lines.
It will also put up six transmission substations, 520 kilometres of distribution lines and 11 distribution substations in the financial year 2022/23, National Treasury CS Ukur Yatani says in the Draft 2022 Budget Policy Statement.
The project is envisioned to connect 750,000 new customers and 869 public facilities to the grid.
Currently, more than 8.3 million households across the country have been connected to power.
"The realisation of the development objectives set out in the Big Four Agenda, the Third Medium Term Plan of Vision 2030 will only be feasible if quality energy services are availed in a sustainable, competitive, cost effective and affordable manner to all sectors of the economy,” Yatani says.
Towards this end, the government has programmed to boost power generation from the current 3,024 MW to over 6,700MW by end of financial year 2024/25, with major sources being renewable geothermal and wind.
This will expand access to reliable and clean energy to all households in line with government’s target of attaining full transition to renewable energy by 2030, notes Yatani.
“Significant progress has been attained in this endeavour with 525MW electricity added to the National grid in the last three fiscal years, significantly increasing power connectivity,” the CS says.
In cutting the cost of power, the government will secure the full implementation of the Report of the Presidential Taskforce on Review of Power Purchase Agreements, Yatani says, that establishes a pathway for the reduction of electricity prices by 30 per cent.
The country has gained traction with its PPP Programme, with a total 39 electricity generation projects both renewable and thermal energy projects,under implementation or in active operation, totalling 3,034 MW of installed capacity.
You must log in or register to reply here.