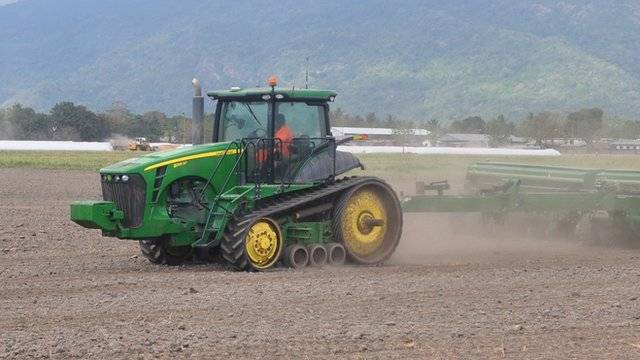 By the end of this century there are set to be four times as many people to feed in Africa as there are now, and it is clear that farmers will need to increase their food production.
The speed of this population growth is visible in Tanzania's biggest city, Dar es Salaam, which has seen its population double from roughly two million two decades ago to four million today.
The G8's answer to this challenge has been to call in private sector agriculture firms, asking them to invest billions in Africa and kick-start an agricultural revolution.
Already companies such as the US food giant Monsanto, Switzerland's Syngenta, and Norway's Yara International, have signed up.
But there are some doubts about how this will work in practice - and what will happen to people already living on land which is then handed over to foreign investors.
Continue reading the main story [h=2]Start Quote[/h]
For 50 years aid agencies have been trying to lift the smallholder from subsistence to surplus - and they've failed
​
End Quote Carter Coleman Agrica chief executive
One case which is being held up as a model of private investment is the KPL farm in Kilombero district, central Tanzania.
It is one of east Africa's largest rice farms, covering 5,800 hectares of fertile river valley land.
Owned by the British firm, Agrica, its chief executive Carter Coleman, is convinced large-scale commercial investment in farming is essential for securing Africa's food supplies.
"People have this notion of just helping the smallholders," he says.
"But for 50 years aid agencies have been trying to lift the smallholder from subsistence to surplus - and they've failed."
Instead he points to the 5,000 small-scale farmers he claims are being helped and supported by his farm.
Boosting rice yields One of these is Betrida Kiganga, who supports herself and her five children with the rice she grows on a tiny plot behind her house.
Betrida has been trained by the KPL team in a intensive rice farming technique, called SRI, which unlike conventional rice farming, does not require flooding paddy fields with water or huge financial outlays. 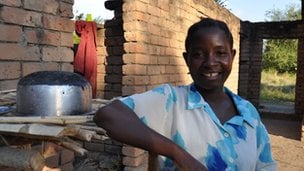 Betrida Kiganga says has doubled her rice crop thanks to the new farming techniques
Instead, it relies on planting rice in a grid where every seed is placed 25 cm apart rather than the traditional technique of random sowing.
This means there is less competition with neighbouring rice plants, more room for each plant to develop its root system and allows for easier weeding.
"Before, life was so tough - but after joining the group and being trained this started to improve my life," says Betrida.
"Now we're harvesting more. We were only getting ten sacks, now we're getting up to twenty in the same plot."
With these basic techniques, combined with fertilizer and improved seed, farmers report they have doubled their crop yields or more.
For Betrida, these simple steps have transformed her fortunes.
"There are big differences in my daily life now. Now I can afford to pay school fees for my children, and improve my house." 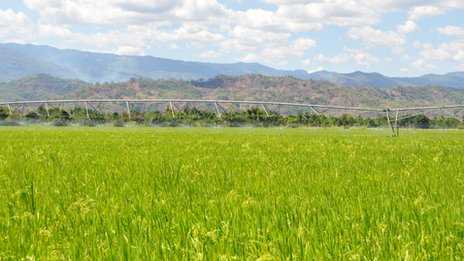 Many argue Africa will need commercial farms like this to guarantee its food supplies
The impact of training local farmers in these techniques also raises questions about the efficacy of chasing more complicated and expensive solutions like genetically modifying rice.
While the smallholders around the KPL farm appear to be happy, critics of the G8's scheme say it is a licence for commercial investors take over the land and make profits at the expense of locals.
Even in KPL's case, over a 100 smallholders had to be moved from the land when the farm was established, although KPL says it spent $663,000 resettling them according to World Bank guidelines.
'It is painful to move' But not all Tanzanian farmers can be guaranteed this support.
Continue reading the main story [h=2]Start Quote[/h]
Land is more than a commodity - it has history and it has connection to the people
​
End Quote Joseph Chiombola Haki Ardhi
A couple of hours drive down the valley, is the small village of Mbwene, comprising a few dozen houses, a couple of shops and a school. It is on former game reserve land that is now earmarked for investment.
While the villagers there know about these investment plans, they say they have no idea what is going to happen to their homes, community, and most importantly, the land they currently rely on for subsistence.
William James, the acting village executive officer, says even though he has written to the district authorities asking for information - the villagers have been told nothing.
"People are very shocked and angry" he says.
Grace Sintanga, who has been farming land outside the village for 30 years, says: "They're just taking out our land, the land we depend on.
"I don't know the result if they take away my land. It is painful to move from the place you have been living, it's very painful and I'm angry."
'A grey area' The Tanzanian government agency in charge of agricultural investment told the BBC that someone would be going to Mbwene soon to speak to villagers, and that any smallholders who need to be moved would be resettled and compensated. 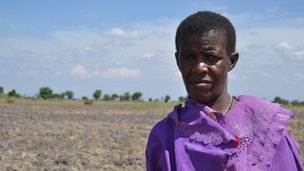 Grace Sintanga says she does not want to leave her land
But Joseph Chiombola, from the Tanzanian land rights organisation Haki Ardhi says people are not reassured by government policy.
"It is written in the law. However, the way it's conducted - and experience - has shown that it's not a guarantee.
"There are those being moved from their areas without being given proper compensation."
He says the whole issue of relocation remains "a grey area".
The current model also involves compensating farmers with money, which he says is not enough to compensate people for land they give up.
"Land is more than a commodity. It has history and it has connection to the people.
"As it's a source of livelihood, it means more than just money. Giving them money doesn't meet the actual value of that land." 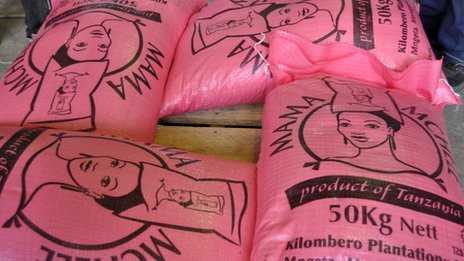 Africa needs to boost its food production to meet rising demand from a growing population
Looking for safeguards Back at the KPL farm in Kilombero, Carter Coleman thinks there is plenty to stop investors just kicking people off the land.
Big projects like commercial farming need development bank finance, which is only forthcoming if "you are squeaky clean, and have not thrown somebody off the land," he says.
But as investment deals between big business and the government are made across Tanzania, those working on behalf of small-scale farmers argue that more needs to be done to ensure their needs are not overlooked.
You must log in or register to reply here.