The document, which included input from the late Minister for Nairobi Metropolitan Development Mutula Kilonzo (Snr) and Raila Odinga, laid out a blueprint for the capital city's development.

"The Nairobi Metro 2030 Strategy is my government's clear response to these realities and challenges. The vision contained in this strategy is focused on turning Nairobi Metropolitan Area into a globally competitive business, industrial and services region," said Kibaki in 2008.

"It is anticipated that Nairobi's transformation over the next 20 years will require investments of about Ksh 33.2 trillion in various programs and projects."
In the prospectus, public sector investments were to be driven by private sector participation which is the strategy being executed by NMS Director Mohammed Badi.

The county has been developing programs to foster private sector participation in infrastructure investments to help address the funding gap in the sector.
So far, the national government and NMS have earmarked 10 estates in the city for the affordable housing program.

Just as detailed in Kibaki's grand plan 13 years ago, NMS sought to partner with other development institutions including banks, pension funds and schemes, real estate developers, and other investors to help achieve the plan.

Interestingly, NMS's current infrastructural projects are in all 15 areas with the new commuter trains launched in the city traversing all the mentioned towns. 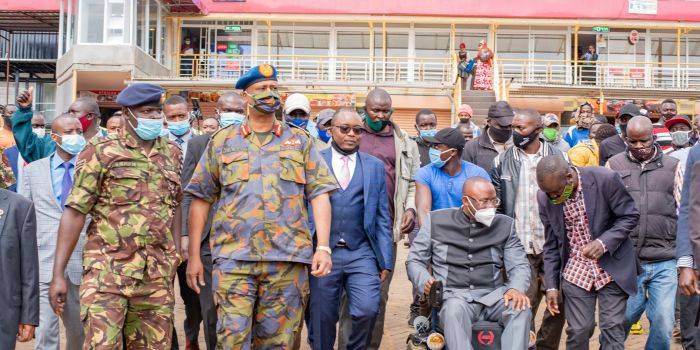 Investing the estimated Ksh 3.4 trillion in 2012 to provide housing will have a multiplier of Ksh 30 trillion.