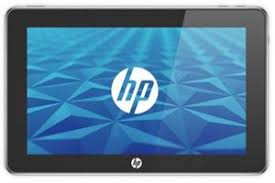 ​
Hewlett-Packard unveiled its first product for the fast-growing tablet market, a $799 (570) device running Microsoft Windows that is aimed at business customers.


HP's Slate 500 attempts to replicate the PC experience in a tablet form, providing a contrast to rivals who have brought more of a smartphone feel to their devices. The Slate runs the same version of Windows 7 used by many companies on their standard PCs.

The tablet has a bigger price tag than competing products such as Apple's, which kick-started the tablet craze when it debuted earlier this year.

HP's offering has an 8.9-inch, multi-touch-enabled screen and comes with 64 gigabytes (GB) of storage and a digital stylus pen. It gets five hours of battery life.

It comes equipped with Wi-Fi access but no built-in capability to connect to high-speed cellular networks, as rivals including the iPad, Samsungs Galaxy Tab and Dell's Streak have.

Carol Hess-Nickels, director of business notebook marketing at HP, emphasised the Slate's business utility. She expects retail, healthcare and insurance companies, among others, to build custom applications that take advantage of the device's portability.

"It's really like a full-function PC, it runs Windows, it will run your office applications, it just so happens to be in a slate form factor," she said.

The device is equipped with cameras in the front and back, enabling video conferencing, and a USB port. It comes with a case and a docking station.

HP's Slate is now available online, and the company will be selling it to businesses through its direct sales force.

HP, the world's largest PC maker, plans to release a tablet next year that may look much different from the Slate. That tablet will be based on the webOS software that HP acquired when it bought smartphone maker Palm earlier this year for $1.2 billion. It will likely be a more media-rich and consumer-friendly offering.

The tablet market is expected to surge next year to more than 50 million units, research group Gartner has said. The iPad is expected to continue to be the dominant product in this market.

Apple has sold more than 7 million iPads since the device launched in April.

The market is still evolving, but Apple has targeted the iPad primarily as a consumer device made for media consumption, rather than a business device.