Do you hate exercise? Blame your MUM: Fitness fanatics are 'formed in the womb'

Women who exercise during pregnancy could help their babies turn into sporty adults, a study has found.

A love of fitness starts in the womb - when set a good example by mothers - researchers discovered.

Previous studies have claimed those who are physically active while pregnant are more likely to have active children.

There has also been suggestion people have a genetic predisposition to exercise. 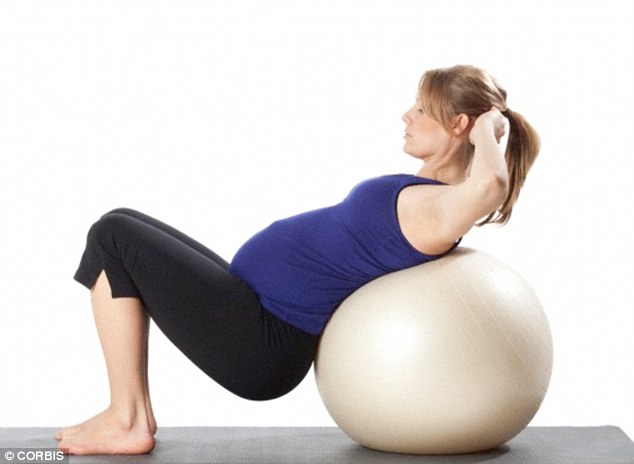 But the latest study is important because it rules out a mother's influence after a baby is born - as it was conducted on mice.

Professor Robert Waterland, of Baylor College of Medicine, Houston, said: 'Our study in a mouse model is important because we can take all those effects out of the equation.'

Although the study involved lab rodents he said several human studies have reported results similar to theirs.

In the experiment, scientists studied genetically identical mice and carefully controlled the amount of physical activity of the mothers before pregnancy.

Female mice that enjoyed running were selected and then divided into two groups, with one allowed access to running wheels before and during pregnancy, while the other was not.

During early pregnancy, the females with running wheels ran an average of 10 kilometres (6.2 miles) a night.

They ran less as pregnancy progressed, but even by the beginning of the third trimester they ran, or walked, about 3 kilometres (1.9 miles) nightly.

Researchers found the mice born to mothers that exercised were about 50 per cent more physically active than those whose mothers did not. 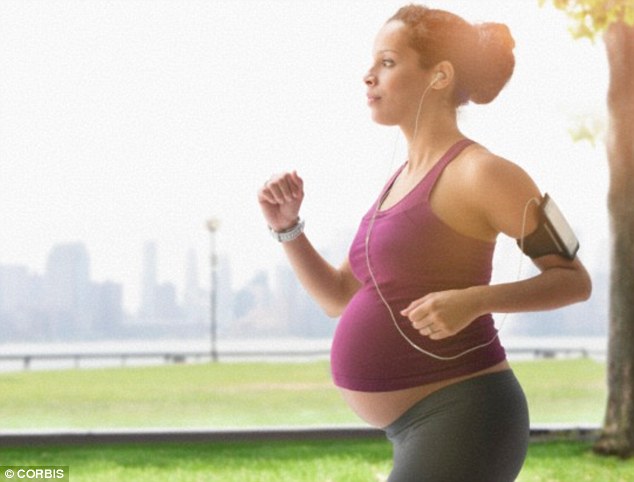 Fitness and exercise during pregnancy could help their babies turn into sporty adults, a study has found

Importantly, their increased activity persisted into later adulthood, and even improved their ability to lose fat during a three week voluntary exercise program.

The study supports the idea movement during pregnancy influences a baby's brain development in the womb, making it more physically active throughout life.

Professor Waterland said: 'Although most people assume an individual's tendency to be physical active is determined by genetics, our results clearly show the environment can play an important role during foetal development.'

If expectant mothers know exercise is not only good for them but also may offer lifelong benefits for their babies, I think they will be more motivated to get moving
Professor Robert Waterland, Baylor College of Medicine
If a similar effect can be confirmed in people, it could be used to counteract the current worldwide epidemic of physical inactivity and obesity.

According to the World Health Organization, insufficient physical activity is one of the ten leading risk factors for death worldwide.

Several expert groups including the American College of Obstetricians and Gynaecologists already recommend pregnant women get 30 minutes or more of moderate exercise a day.

'If expectant mothers know exercise is not only good for them but also may offer lifelong benefits for their babies, I think they will be more motivated to get moving.'

At present, women are advised that the more active and fit they are during pregnancy, the easier it will be to cope with labour and get back into shape after the baby arrives.

The study was published in The FASEB Journal.

But I doubt my mother even knew what a pushup was when she was preggers with me.