Ways Android Beats iOS, Windows, and Everything Else

Windows Mobile and the iPhone have some advantages over Android, but in these areas, no one beats Google's OS. 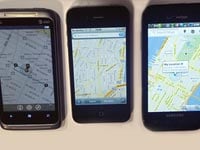 ©Fortune.com1. Maps and Navigation
Google's Maps application is simply the best out there. It's only going to get better with monthly updates that will add features and perfect the interface. Bing Maps on Windows Mobile is surprisingly good but it doesn't have the same layers and granular features as Google Maps.
The iPhone's Maps application has barely changed since 2007. Good alternatives in the app Store can be expensive and take up as much as 1-2 Gigs of precious phone storage. Google's app, on the other hand, takes up almost no space on the phone because everything is in the cloud.
The only downside is that Google's Maps uses more data and re-routing when outside of a data area. If you require offline maps, there are some in the Android Market. Also, HTC is offering a free version of offline Maps on their phones. 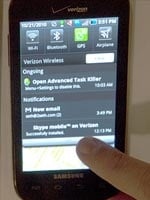 ©Fortune.com2. Notify Bar
Google's notify bar leaves other platforms' notification systems looking incomplete. Emails, SMSs Facebook notifications, charging, software updates, task managers -- just about anything you can think of is managed from a pull-down drawer that can be almost universally used from any screen.
Windows Phone 7 uses tiles that require leaving the current application. iPhone has serial notifications that can't be grouped onto one screen. 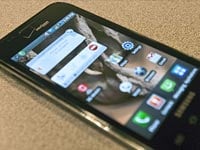 ©Fortune.com3. Widgets
At first, I didn't really see the need for Widgets. But after playing around, it is hard to imagine using a smartphone without them.
Just like Windows Mobile 7's tiles, you can set up a page with your Google Voice, RSS, Twitter and Facebook streams and organize them any way you want. It makes a much better 'mission control' screen than you can get on the iPhone, which only lets you see apps and notifications. 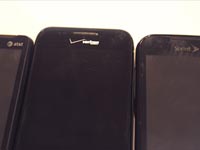 ©Fortune.com4. Carrier Choice
Right now in the US, you're stuck with AT&T if you have an iPhone or Windows 7 phone. That will change in 2011, but at the moment, you don't have another choice if AT&T doesn't have coverage in your area or costs more than you want to pay.
With Google, on the other hand, you can pick the best carrier in your area for your budget. Each one will have at least a few great Android phones available. 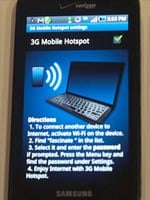 ©Fortune.com5. Hotspot
You can create a Wireless hotspot with most Android phones that lets other devices like iPads and laptops jump on the same connection as the phone.
While this costs extra, the convenience and utility of the service make it much better than purchasing separate hardware. iPhone does do tethering, but only to laptops (without jail-breaking). Windows 7 doesn't create hotspots at all.


See the full list of 10 Ways Android Beats iOS, Windows, and Everything Else

___
You must log in or register to reply here.