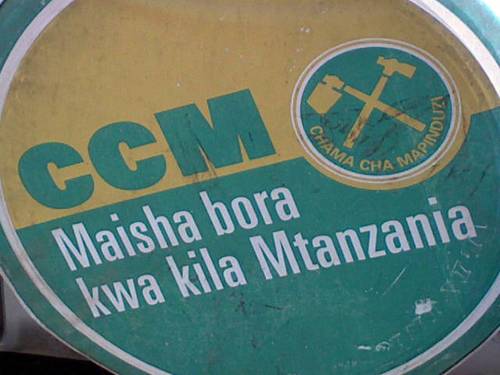 
* Analysts see inflation staying on upward trajectory
* Food prices up 18.6 pct in August vs 15.9 pct in July
By Fumbuka Ng'wanakilala
DAR ES SALAAM, Sept 15 (Reuters) - Tanzania's consumer price inflation rose for the 10th straight month in August, and higher food costs and an energy crisis are expected to keep driving prices higher in the coming months, analysts said on Thursday.
The National Bureau of Statistics (NBS) said the year-on-year inflation rate rose to 14.1 percent in August from 13.0 percent in July, mirroring rising inflation across east Africa.
"The inflation rate will continue to worsen going forward. The power situation is bad, causing costs of production to rise," said Humphrey Moshi, professor of economics at the University of Dar es Salaam.
"The shilling is depreciating at levels I've never seen before. The import intensity of the Tanzanian economy means that the weakening shilling will translate into higher import prices, hence higher inflation."
Food and non-alcoholic beverage prices -- which account for just under half of the basket of goods used to measure inflation -- rose 18.6 percent in the year through August, up from an annual rate of 15.9 percent in July.
Prices of rice, bread, pastry, maize, wheat flour, cassava, pork, chicken, fish, fresh cow's milk, fruit, vegetables, potatoes and sugar, all went up during the period, the bureau said.

LOOMING CRISIS
"The forecast is that the inflation rate will rise even higher... Government plans to invest in irrigation farming are not forthcoming despite inadequate rainfall," said Moshi, adding that inflation could hit 16 percent in the year to September.
Rainfall has a big effect on inflation in the agrarian economies of east Africa, with good rains leading to good harvests and lower prices.
Tanzania's inflation rate last slowed in October, the month the statistics bureau introduced a new calculation methodology and lowered the weighting of food in the consumer price index basket.
Annual energy price inflation stood at 30.1 percent in August compared to 34.2 percent for the year ended July. On a monthly basis, the inflation rate rose 1.4 percent in August.
"With the inflation rate hitting double digits, government revenue collection falling and the value of the shilling declining, there is a danger of falling into an economic crisis," said Haji Semboja, a research fellow at the University of Dar es Salaam's Economic Research Bureau.
"Tanzania's economic growth has slumped in both the first and second quarters of this year. However, there are indications that the inflation rate might rebound in the fourth quarter of 2011 and start to decline."
The International Monetary Fund (IMF) cut its 2011 growth forecast for Tanzania to 6 percent from 7.2 percent in March, saying frequent power outages would hurt output while food and fuel prices could push inflation higher. (Editing by George Obulutsa)

UPDATE 2-Tanzania inflation jumps in August, more rises seen | News by Country | Reuters
You must log in or register to reply here.