The government of Tanzania will pump $70.5 million into the renovation of three airports.

Suleiman Suleiman, the acting Director General of Tanzania Airports Authority, said the project will be jointly funded by the World Bank and the government of Tanzania  contributing $58.9 million and $11.6 million respectively.

The three airports to be renovated are Bukoba, Kigoma and Tabora. It will involve construction of airport terminal houses, paving runways and drainage, Mr Suleiman said.

Omari Nundu, Minister of Transport, told The EastAfrican that the loan received was a commitment of the World Bank towards improving the transport sector in the country.

The renovation of three airports will enhance development in the transport sector, and it is a way of refurbishing the sector to meet international standards, said the minister.

Mr Nundu said, Tanzania as one of the best tourism destinations in the world, needs up-to-standard transportation facilities to sustain the large numbers of travellers visiting the country.

The Bukoba airport renovation will be undertaken by Construction General Gilard S.A.P in collaboration with the Mwananchi Engineering and Constructing Company to be completed in 18 months.

The renovation of Tabora airport is expected to cost $12.048 million (Tsh20 billion), and Kigoma airport $6.6 million (Tsh11 billion). Both projects will be carried out by a Chinese construction firm, Sinohydro Corporation Company.

The renovation of the three airports will be supervised by SSI Engineers and Environmental Consultants firm in collaboration with Howard Humphrey (T) Ltd of Tanzania, said Mr Suleiman.

In another development, the Tanzania government has started extension and rehabilitation of Zanzibar International Airport taxiways and aprons to meet the number of tourist arrivals in the Island.

Msanif Mussa, Principal Secretary, Ministry of Infrastructure Communications in Zanzibar recently told The EastAfrican in Dar es Salaam that a sum of $57 million received as credit from the International Development Association towards the cost of the Transport Sector Support Project will see the project executed.

Tanzania Airports Authority owns and manages 70 airports, though it has leased one of its three international airports the Kilimanjaro International Airport  to the Kilimanjaro Airports Development Company. There are also a number of privately-operated airports. 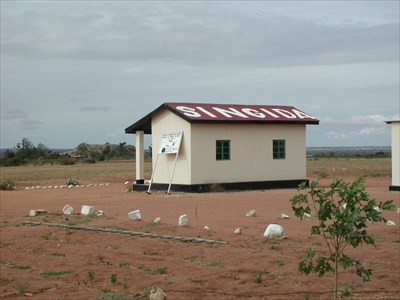 Taratibu. Hata Roma haikujengwa siku moja.
You must log in or register to reply here.