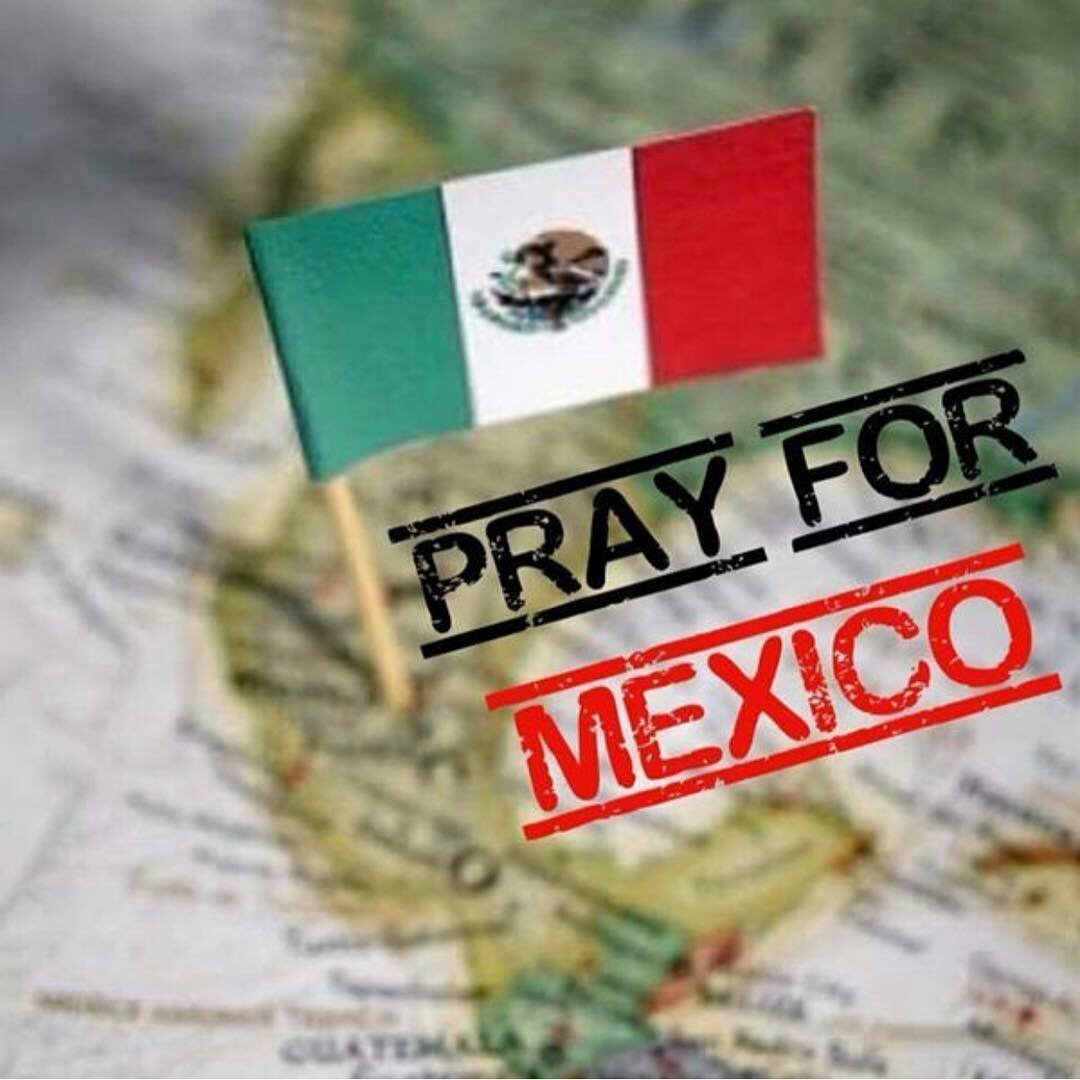 ===============
A strong earthquake has struck central Mexico, killing at least 56 people and toppling dozens of buildings in the capital, Mexico City, officials say.

The capital's airport has suspended operations after the 7.1 magnitude quake, and buildings across the city have been evacuated.

People were feared trapped under the rubble of collapsed buildings as rescue teams rushed to the hardest-hit areas.

The epicentre of the quake was next to Atencingo in Puebla state, some 120km (75 miles) from Mexico City, with a depth of 51km, the US Geological Survey said.

At least 42 people were killed in Morelos state alone, south of the capital. The death toll also includes four people in Mexico City.

The tremor happened as an earthquake drill was being held in Mexico City, on the 32nd anniversary of a quake that killed up to 10,000 people.

​
At least 149 people have been killed after a powerful earthquake struck central Mexico, causing dozens of buildings to collapse.

President Enrique Pena Nieto said 22 bodies have been recovered from a collapsed school in the capital and a further 38 people are still missing.

The 7.1 magnitude quake, which struck on Tuesday afternoon, was the most deadly to hit the country for 32 years - and occurred on the anniversary of the 1985 quake which killed thousands.

Luis Felipe Puente, head of the national Civil Defence agency, tweeted on Tuesday night that the confirmed death toll had risen to 139.

In addition, 36 were killed in the capital, 29 in Puebla state, nine in the State of Mexico and one in Guerrero state, he said.

Mr Mancera said 50 to 60 people were rescued alive by citizens and emergency workers in the capital. Authorities said at least 70 people in the capital had been hospitalised for injuries.

The federal interior minister, Miguel Angel Osorio Chong, said authorities had reports of people possibly still being trapped in collapsed buildings. He said search efforts were slow because of the fragility of rubble. "It has to be done very carefully," he said. And "time is against us."

Earlier in the day workplaces across the city held preparation drills on the anniversary of the 1985 quake.

The quake sent people throughout the city fleeing from homes and offices, and many people remained in the streets for hours.

Pictures fell from office building walls, objects were shaken off of flat surfaces and computer monitors toppled over.

The new earthquake appeared to be unrelated to the magnitude 8.1 quake that hit on 7 September off Mexico's southern coast and also was felt strongly in the capital.

USGS seismologist Paul Earle noted the epicentres of the two quakes were 400 miles apart and said most aftershocks are within 60 miles.

Much of Mexico City is built on former lakebed, and the soil is known to amplify the effects of earthquakes even hundreds of miles away.

May lord the almighty saves their souls, Current update deaths are about 200 dead