Oprah Winfrey: Why I Never Wanted To Raisechildren 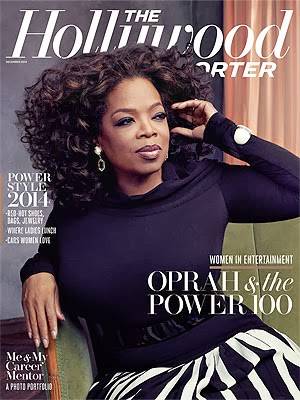 "If I had kids, my kids would hate me. They would have ended up
on the equivalent of the Oprah show talking about me; because
something in my life would have had to suffer and it would've
probably been them.
Gayle was the kind of kid who, in seventh grade home ec class,
was writing down her name and the names of her children. While
she was having those kind of daydreams, I was having
daydreams about how I could be Martin Luther King."
First African-American female billionaire, one of the richest women on
the planet, 59 years old Oprah Winfrey said this in a new interview
with The Hollywood Reporter.
Winfrey, at 14 gave birth to a baby who only lived for a number of
weeks.
Gayle is her best friend and is a mother of two.

May be though am not sure.

CATION said:
May be though am not sure.
Click to expand...

Search her on you tube, she confessed she is being possessed by spirits and at one time her eyes turned Satanic diring a show. Check it out, it's all there. In America people worship the devil and they are proud of it
F

It's definately true,most people in the US,they claim and proud of being Free Masonic,not only there,but it's almost allover the world.Even the Jews and most Arabs are Satanic Worshipers,and check out the Africans too,they all in,in their own ways.It's terrible and horrible.

Here's An Update On Toni Braxton's Rumored Marriage To Birdman

Should We Actually Be Blaming Jay-Z For Kim K.'s So-Called 'Bo Derek Braids'?