"When my mother was pregnant with me, she told me later, a party of hooded Klu Klux Klan riders galloped up to our home... Brandishing their shotguns and rifles, they shouted for my father to come out."

Regardless of the Little's efforts to elude the Legion, in 1929 their Lansing, Michigan home was burned to the ground. Two years later, Earl's body was found lying across the town's trolley tracks. Police ruled both incidents as accidents, but the Little's were certain that members of the Black Legion were responsible. Louise suffered emotional breakdown several years after the death of her husband and was committed to a mental institution. Her children were split up amongst various foster homes and orphanages.

Growing up
Malcolm was a smart, focused student. He graduated from junior high at the top of his class. However, when a favorite teacher told Malcolm his dream of becoming a lawyer was "no realistic goal for a nigger," Malcolm lost interest in school. He dropped out, spent some time in Boston, Massachusetts working various odd jobs, and then traveled to Harlem, New York where he committed petty crimes. By 1942 Malcolm was coordinating various narcotics, prostitution and gambling rings.

"...Early in life, I had learned that if you want something, you had better make some noise."

Eventually Malcolm and his buddy, Malcolm "Shorty" Jarvis, moved back to Boston. In 1946 they were arrested and convicted on burglary charges, and Malcolm was sentenced to 10 years in prison. (He was paroled after serving seven years.) Recalling his days in school, he used the time to further his education. It was during this period of self-enlightenment that Malcolm's brother Reginald would visit and discuss his recent conversion to the Muslim religion. Reginald belonged to the religious organization the Nation of Islam (NOI).
Intrigued, Malcolm began to study the teachings of NOI leader Elijah Muhammad. Muhammad taught that white society actively worked to keep African-Americans from empowering themselves and achieving political, economic and social success. Among other goals, the NOI fought for a state of their own, separate from one inhabited by white people. By the time he was paroled in 1952, Malcolm was a devoted follower with the new surname "X." (He considered "Little" a slave name and chose the "X" to signify his lost tribal name.)

A born leader
Intelligent and articulate, Malcolm was appointed as a minister and national spokesman for the Nation of Islam. Elijah Muhammad also charged him with establishing new mosques in cities such as Detroit, Michigan and Harlem, New York. Malcolm utilized newspaper columns, as well as radio and television to communicate the NOI's message across the United States. His charisma, drive and conviction attracted an astounding number of new members. Malcolm was largely credited with increasing membership in the NOI from 500 in 1952 to 30,000 in 1963.
The crowds and controversy surrounding Malcolm made him a media magnet. He was featured in a week-long television special with Mike Wallace in 1959, called "The Hate That Hate Produced." The program explored the fundamentals of the NOI, and tracked Malcolm's emergence as one of its most important leaders. After the special, Malcolm was faced with the uncomfortable reality that his fame had eclipsed that of his mentor Elijah Muhammad.
Racial tensions ran increasingly high during the early 1960s. In addition to the media, Malcolm's vivid personality had captured the government's attention. As membership in the NOI continued to grow, FBI agents infiltrated the organization (one even acted as Malcolm's bodyguard) and secretly placed bugs, wiretaps, cameras and other surveillance equipment to monitor the group's activities.

A test of faith
Malcolm's faith was dealt a crushing blow at the height of the civil rights movement in 1963. He learned that his mentor and leader, Elijah Muhammad, was secretly having relations with as many as six women within the Nation of Islam organization. As if that were not enough, Malcolm found out that some of these relationships had resulted in children.

"I am not educated, nor am I an expert in any particular field... but I am sincere and my sincerity is my credential."

Since joining the NOI, Malcolm had strictly adhered to the teachings of Muhammad - which included remaining celibate until his marriage to Betty Shabazz in 1958. Malcolm refused Muhammad's request to help cover up the affairs and subsequent children. He was deeply hurt by the deception of Muhammad, whom he had considered a living prophet. Malcolm also felt guilty about the masses he had led to join the NOI, which he now felt was a fraudulent organization built on too many lies to ignore.
Shortly after his shocking discovery, Malcolm received criticism for a comment he made regarding the assassination of President John F. Kennedy. "[Kennedy] never foresaw that the chickens would come home to roost so soon," said Malcolm. After the statement, Elijah Muhammad "silenced" Malcolm for 90 days. Malcolm, however, suspected he was silenced for another reason. In March 1964 Malcolm terminated his relationship with the NOI. Unable to look past Muhammad's deception, Malcolm decided to found his own religious organization, the Muslim Mosque, Inc.

A new awakening
That same year, Malcolm went on a pilgrimage to Mecca, Saudi Arabia. The trip proved life altering. For the first time, Malcolm shared his thoughts and beliefs with different cultures, and found the response to be overwhelmingly positive. When he returned, Malcolm said he had met "blonde-haired, blued-eyed men I could call my brothers." He returned to the United States with a new outlook on integration and a new hope for the future. This time when Malcolm spoke, instead of just preaching to African-Americans, he had a message for all races.

After Malcolm resigned his position in the Nation of Islam and renounced Elijah Muhammad, relations between the two had become increasingly volatile. FBI informants working undercover in the NOI warned officials that Malcolm had been marked for assassination. (One undercover officer had even been ordered to help plant a bomb in Malcolm's car).
After repeated attempts on his life, Malcolm rarely traveled anywhere without bodyguards. On February 14, 1965 the home where Malcolm, Betty and their four daughters lived in East Elmhurst, New York was firebombed. Luckily, the family escaped physical injury.

The legacy of "X"
One week later, however, Malcolm's enemies were successful in their ruthless attempt. At a speaking engagement in the Manhattan's Audubon Ballroom on February 21, 1965 three gunmen rushed Malcolm onstage. They shot him 15 times at close range. The 39-year-old was pronounced dead on arrival at New York's Columbia Presbyterian Hospital.

"Power in defense of freedom is greater than power in behalf of tyranny and oppression, because power, real power, comes from our conviction which produces action, uncompromising action."

Fifteen hundred people attended Malcolm's funeral in Harlem on February 27, 1965 at the Faith Temple Church of God in Christ (now Child's Memorial Temple Church of God in Christ). After the ceremony, friends took the shovels away from the waiting gravediggers and buried Malcolm themselves.
Later that year, Betty gave birth to their twin daughters.

Malcolm's assassins, Talmadge Hayer, Norman 3X Butler and Thomas 15X Johnson were convicted of first-degree murder in March 1966. The three men were all members of the Nation of Islam.

The legacy of Malcolm X has moved through generations as the subject of numerous documentaries, books and movies.

Malcolm X is buried at the Ferncliff Cemetery in Hartsdale, New York.

Malcolm X: A Life of Reinvention 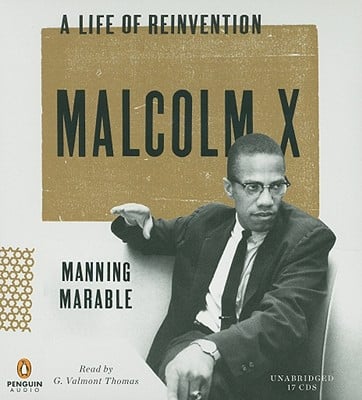