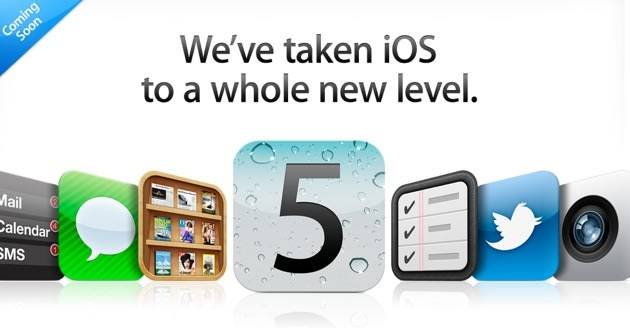 Decide if it's time to leap forward to a brave, new operating system

Apple's new mobile operating system is finally nigh and imminent. Apple fans have been eagerly awaiting iOS 5 since it was announced in June. Last week, Apple CEO Tim Cook confirmed an October 12 release date for iOS 5, at the same time that he revealed the iPhone 4S. Apple mobile devices like the iPad and iPhone are eligible to upgrade to a brave new world of cloud computing, with exciting new notification features and money-saving messaging.
If you're like many computer and electronic consumers, though, you might be a little nervous about the idea of immediately upgrading to iOS 5. Older gadgets often feel slower when upgraded to new operating systems, and the fearsome specter of annoying bugs lurks around every corner. You could be tempted to wait until iOS 5.1 hits the street, hoping the later release might clear up any troublesome features and smooth out your experience.
Here's why you should overcome those worries and upgrade to iOS 5. 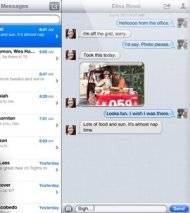 Save on your phone bill
iOS 5 debuts a new iMessage system that communicates across wifi and mobile data plans instead of traditional SMS text messages. You'll be able to trade chat message with friends and family who also use iOS 5 devices without ever dinging the capacity on your SMS plan. If most of the people you chat with are also on iPhones, you can safely reduce the size of your SMS plan. If you use iMessage while you're on a wifi network, it won't even use up your mobile data plan. For no other reason than the possible text message savings, iOS 5 is a boon. Cut the cord
Wednesday could be the last day you're forced to sync your iPhone to your PC or Mac using a wire. Once you're loaded up with the new operating system, your device can sync with iTunes wirelessly to load music, movies, and documents to your device. You can even download and upgrade additions to the iOS without plugging in a cable. This anticipated freedom from extra cables is a huge benefit to iOS 5. Even if you can wait for the newest apps, you won't want to wait for this feature.
iCloud convenience
Apple's cloud storage features, known as iCloud, means that you can snap pictures on your iPhone and have them available on your computer without even having to sync. iCloud stores your documents online and pushes them automatically to all of your iCloud-eligible devices. You'll get 5GB of storage for free, which is even more storage than you get with Dropbox. Much like wireless syncing, iCloud makes your iOS 5 devices work more conveniently, independently, and without cumbersome data cables. Why wait to experience that kind of freedom?
Twitter integration
Twitter is already a big part of many iPhone users' lives. Social networking 140 characters at a time is fun, fast, and convenient. Apple recognizes the immense popularity of Twitter and is baking new Twitter functionality right into iOS 5. You'll be able to tweet directly from Safari, the camera, YouTube, and many other popular iPhone apps. You can even send a tweet from the iPhone Maps application. If you're a Twitter user, iOS 5 is a huge convenience upgrade for you.

Notifications get a makeover

Notification Center
Your iPad, iPhone, and iPod touch all produce dozens of notifications. New emails, new text messages, reminders, friend requests, and so on can all clutter up your iOS device. iOS 5 bundles all those notifications and puts them in a single Notification Center. This centralized location gives you a single place to get all of your notifications, keeping them from popping up inconveniently in the middle of your screen. You won't have to suffer interruptions while you're working on other tasks, and your lock screen becomes more useful. Notifications can be a pain in the neck for iPhone users, so the new Notification Center in iOS 5 is a welcome convenience. Other upgrades
Of course, there are more than a few other upgrades that come along with iOS 5. You'll finally be able to perform AirPlay mirroring from your iOS device, streaming anything that's on your iPad 2 or iPhone 4S straight to your TV through Apple TV. You can use italics and bold text in your email, flag important messages, and even search the body text of emails. Mobile Safari is getting some upgrades with a Reading List read-later option, tabbed browsing on iPads, and an overall faster, smoother performance.
The list of reasons to upgrade to iOS 5 is pretty long. iOS 5 will work on iPhone 3GS, iPhone 4, iPhone 4S, the third-generation iPod touch or later, and all iPads. Considering the operating system upgrade is free, you have relatively little to lose by going up a step. At the end of the day, the reason you should upgrade to iOS 5 is the new operating system is a huge, impressive upgrade; get in on the game as early as possible.

vema mkuu!
You must log in or register to reply here.