VICTOR WANYAMA has had a street
named in his honour in Tanzania just 24
hours after being named Kenya’s most
influential sporting personality.
The Tottenham midfielder attended a
football tournament in Ubungo and had
the road in Dar es Salaam leading to the
Kinesi Stadium named after him.
The 25-year-old was holidaying in the
neighbouring African country after
being named the most influential football
in his Kenyan home.
The down-to-earth Spurs star was
mobbed by fans under his new street
sign and he thanked the mayor for the
honour.
The softly-spoken powerhouse said:
“Thank you for the Mayor and all the
Ubungo Municipal residents for
welcoming me and giving my name to a
local road name.
“I promise to come back with thanks for
the hospitality you have shown me.
Thank you Tanzania.” 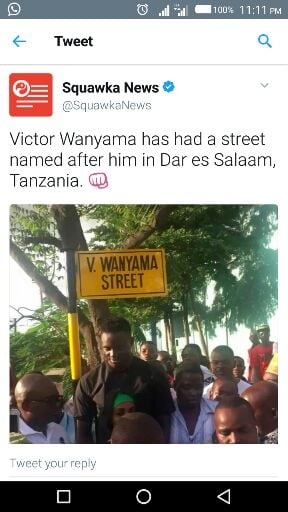 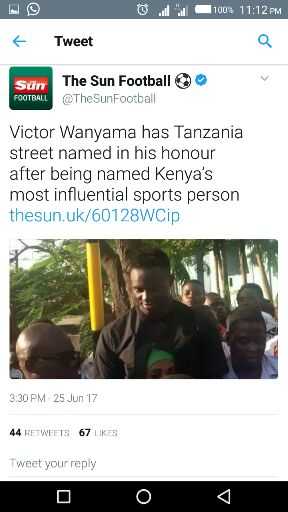