An unrepentant prisoner allegedly escaped from Little Crown Prison in Nyazura and raped an elderly woman fetching firewood near the prison before raping five more women at knifepoint in his first two days of freedom. 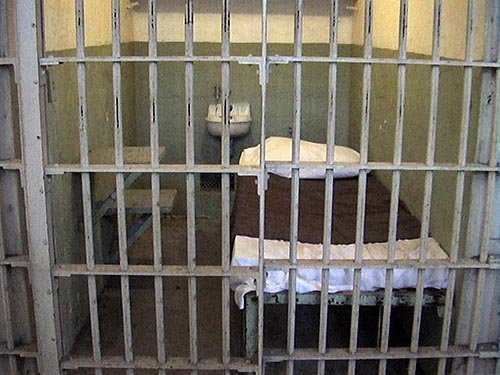 Prayer saved a 42-year-old woman from Mutawa Village when Mortin Sambani (28) chickened out and left the woman he had already stripped naked. She reportedly asked for an opportunity to pray and Sambani walked out while she was praying.


He decided to steal an axe and a torch worth US$20. On that case, Sambani is being charged with attempted rape and theft. Sambani, who was sent back to prison upon arrest two months ago, is on trial for seven counts of rape, robbery and another robbery case he allegedly committed in Buhera.


Police in Nyazura were yet to take the case of escaping from lawful custody and the first rape charge to court. Sambani is denying the charges and several witnesses have already testified against him.


Sambani pleaded not guilty to the charges when the trial opened before Rusape regional magistrate Mr Hosea Mujaya last week. He argued that the six women had framed him. The trial continues on September 28 with more State witnesses testifying.


Prosecutor-in-charge of Rusape Magistrates Court Mr Tirivanhu Mutyasira is representing the State. It is the States case that on arrival in Buhera, Sambani, who was armed with an axe, reportedly broke into a house at Mutawa Village in which a 60-year-old woman was sleeping with her 17-year-old maid.


It is alleged Sambani threatened the two before raping the 17-year-old maid twice while the elderly woman watched. He then made off with US$335, groceries including sugar, flour, peanut butter and clothes.


On the second incident, Sambani raped a 13 year-old girl and two women aged 23 and 34 who were sleeping in one room. Sambani allegedly broke into the room at Ndongwe homestead at night while armed with a knife. He is alleged to have raped the women one after the other.


Sambani was reportedly operating with some men who are still at large. He was arrested in July and the rape and robbery victims positively identified him at an identification parade. Investigations revealed that Sambani had escaped from prison. It was also discovered that he was on the wanted list for the rape of an elderly woman who stayed near the prison.
You must log in or register to reply here.