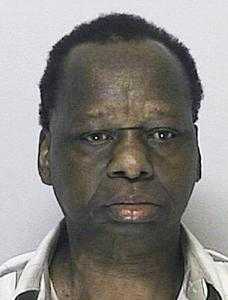 Onyango Obama
​
Officials released President Obamas uncle from Plymouth County jail yesterday after holding him for more than two weeks on an immigration detainer for violating an order to return to his native Kenya in 1992.

US officials refused to disclose any other information about Onyango Obama, who remained in the United States undetected until Framingham police arrested him Aug. 24 on drunken driving and other charges.

Yesterday, federal immigration officials refused to say whether the 67-year-old Framingham resident posted bond, whether they are keeping track of his whereabouts, or even whether they are still seeking his deportation, raising questions about public accountability in the case.

The US Immigration and Customs Enforcement website confirmed Obamas release by listing him as not in custody.

Although the website confirmed it, Brian P. Hale, an agency spokesman, said he would not comment on the case because privacy laws and the agencys policies prohibit it. He said the database is accurate, however.

has he farthered iet another president for them?
You must log in or register to reply here.