10 Countries With The Strictest Laws In The World

Discipline and strict enforcement of the policies and the laws of the land may be seen as harsh implementations by many but viewed as a necessary tool by others. Some say that overflowing strictness borders on oppression and this often leads to resentment of the people. However, advocates of stern application of the rules debate that lenient measures result in uncooperative citizens who will never take authority seriously.

Whatever their reasons, the following nations are champions of strict governance and implementation of their laws. Some may be bounded by tradition. Others by religion. But these countries are serious when it comes to their policies and this is something you should consider before entering their boundaries. 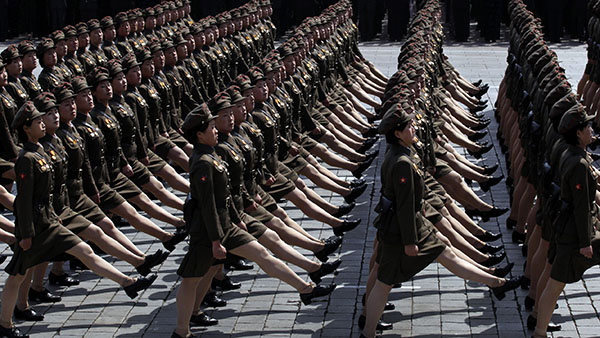 The only country today that is still purely Communist, North Korea accepts tourists from other nations other than South Korea and the United States. Tourists are assigned personal escorts called minders. These escorts will accompany tourists from the day they come in to the day they fly out to ensure they are not breaking any rules, such as speaking against the North Korean government.

Everything is controlled by the administration, from TV, radio, and print. Contents for news and broadcast are censored. Internet access is only granted to the ruling elite and even their online activities are strictly monitored.

As for North Koreans, their movements are very limited. They are not allowed to loiter in parks and all their movements and activities must be supported by a valid reason. Sexual relationships between non-married couples are prohibited. The government’s “Dating Police” are tasked to ensure no such relationships occur. North Korea also has a strict fashion code, for example women are not allowed to wear pants and men should cut their hair every 15 days.

Violations are punishable by forced labor for a certain period of time. 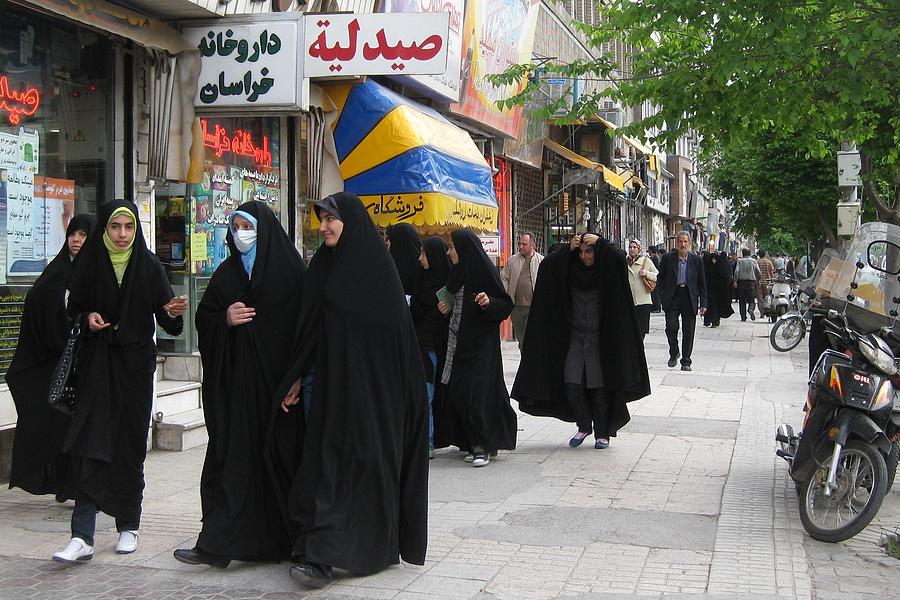 Unlike most countries governed by philosophical tenets, Iran’s governance is based on religion and that is the Sharia Law. Prohibited in Iran are actions and propaganda against the government. A slight statement in the negative about how bad the Iranian government is is enough to get you in trouble. Logging on to social media sites like Facebook, Google +, and YouTube also means trouble.

Men cannot sport certain hair styles other than what is prescribed in Islam. Women are not allowed to go out in public unless they adhere to certain dress codes, such as covering their head in hijab and avoiding skinny jeans. Western music such as jazz, rock, and rap are strictly prohibited. Alcoholic beverages for both men and women are highly discouraged. 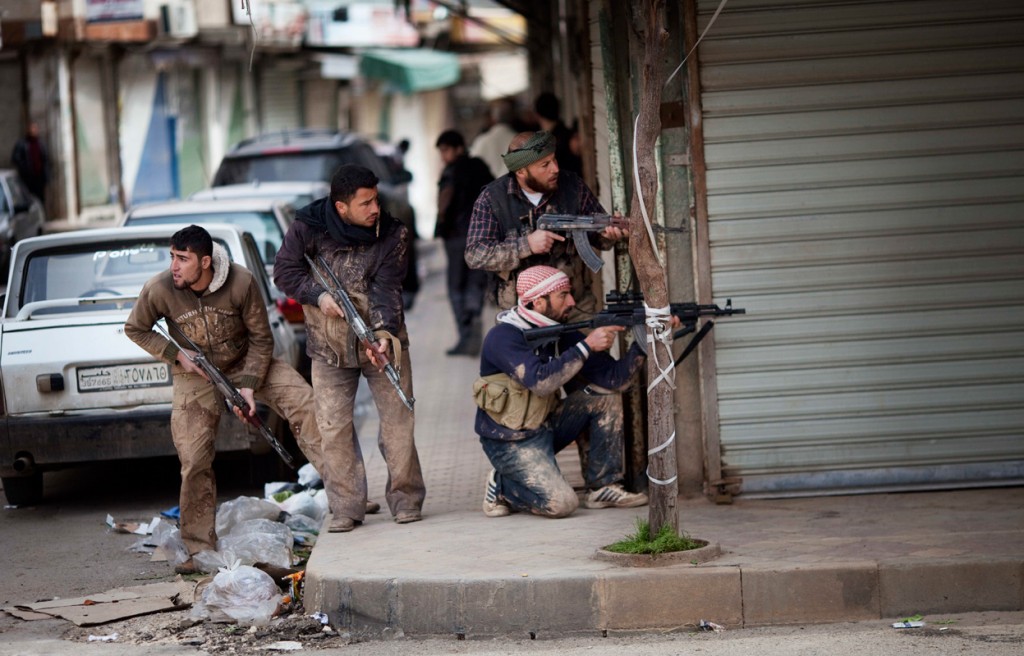 Violence has increased in Syria over the years as clashes between the government and the rebel forces continue to mount. To quell anti-government actions, the Syrian regime has resorted to a nationwide communications blackout. Communications through mobile and landline phones and internet access are significantly limited. Foreign news correspondents are banned from entering the country and news is heavily monitored. Syrian journalists who act against the government are tortured or, worse, end up dead. 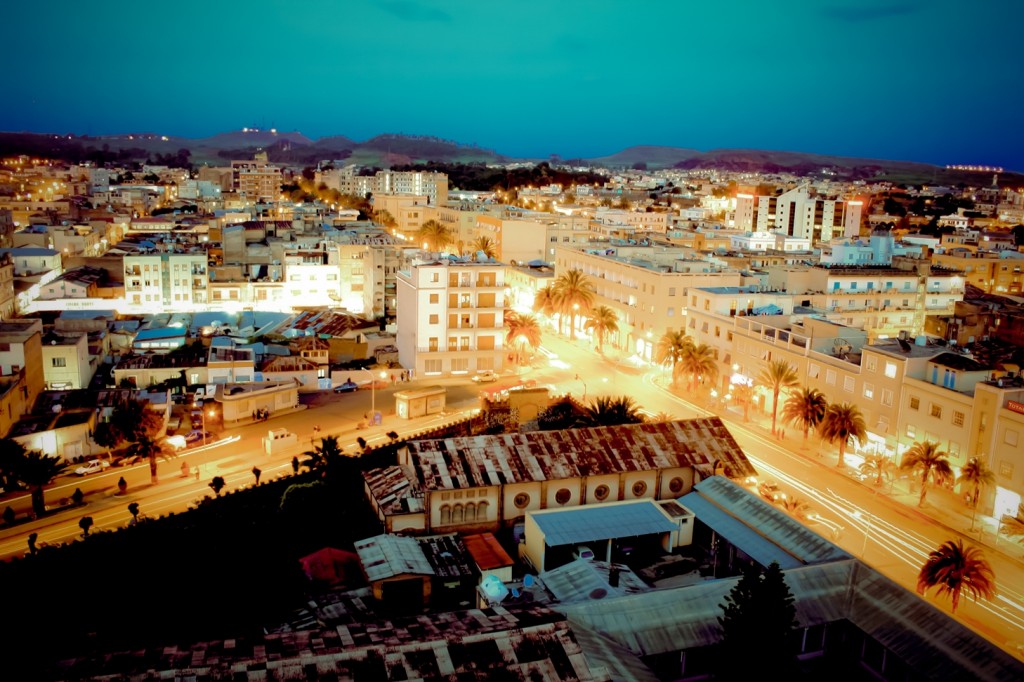 Situated above the Horn of Africa, Eritrea has been ruled by President Isaias Afewerki, who came to power in 1993. The President and his government have full control of the media in the country, with their agencies having total control of the news and who writes the news. Nothing gets published or broadcasted without the approval of the President’s Office. Religion is also controlled. No one is allowed to perform public worship and one has to apply as a member to a certain sect before they can be allowed to practice their faith. 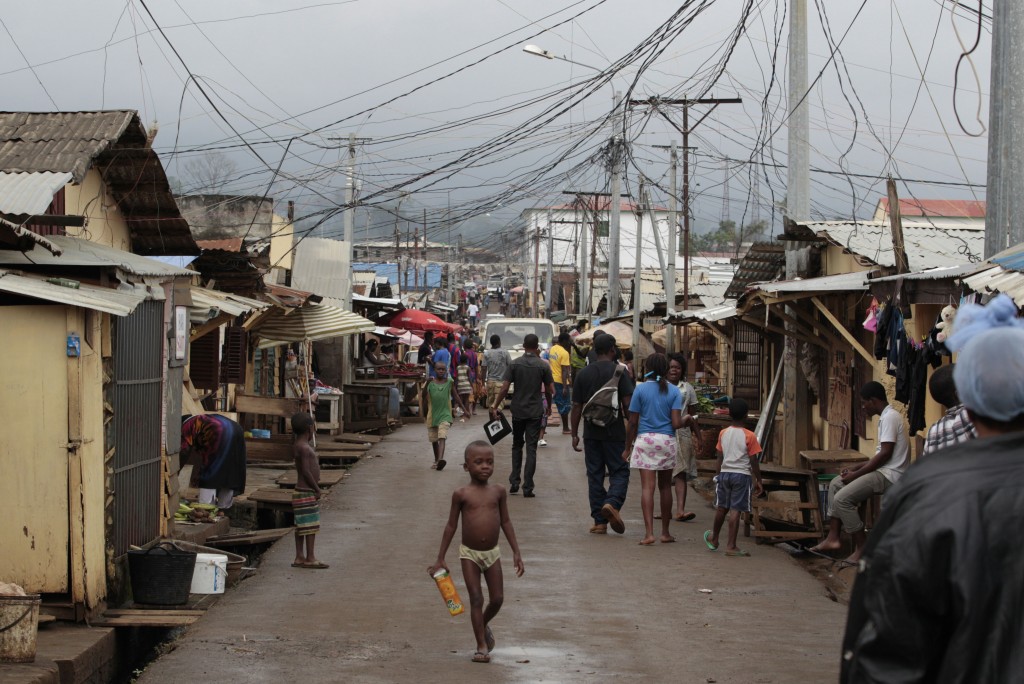 In Equatorial Guinea, people are discouraged from learning how to read and write. There are no bookstores or newsstands in the country. Tourism is also low as foreigners are normally not allowed to enter the country. The government, which is ran by President Teodoro Obiang Nguema Mbasogo since a coup installed him in 1973, controls the TV and radio stations. Foreigners who are allowed to enter Equatorial Guinea are closely monitored and prohibited from filming scenes and conditions that portray poverty. 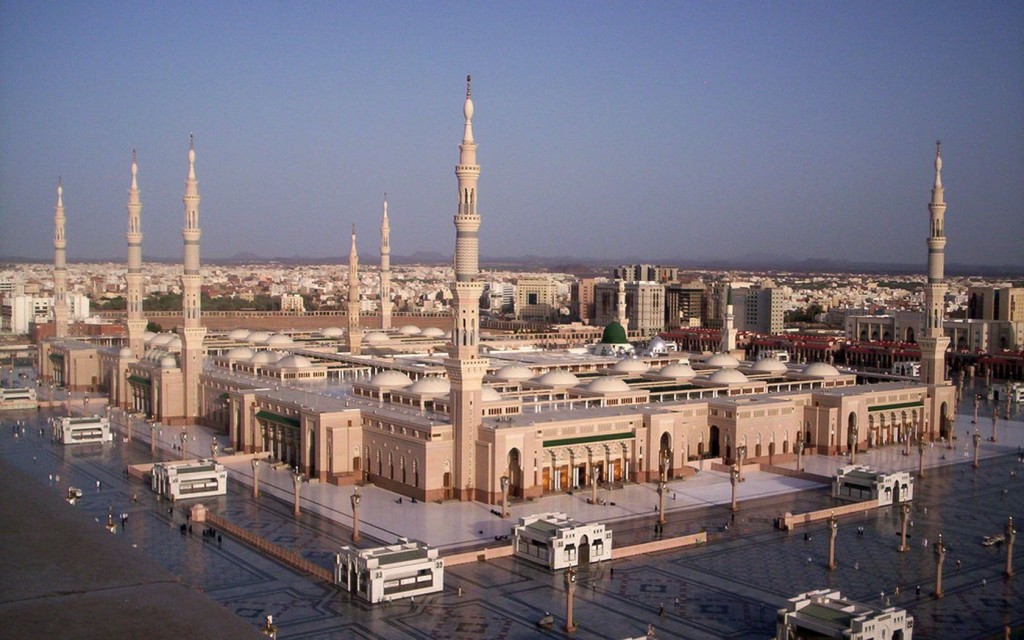 While Saudi Arabia has recently took down their curtains and huddled with the rest of the world, the country is still deeply rooted in laws that stemmed from religion and tradition. Social laws, which mostly apply to women, are stern. For example, women are not allowed to drive or be with a man who is not a relative or go out in public in casual clothes. Internet access is restricted and media outlets are closely watched. Senior editors can get fired and arrested if they allow to publish or broadcast any content that says something negative about the government.

Home to Cuban cigars and the late Fidel Castro, Cuba is mainly projected as a top holiday destination in the world. But behind its paradise beaches and hip-moving Latin music, Cuba is still a communist country and those who speak out against the government are always in trouble. Internet is screened regularly and writers who post anti-government sentiments will likely face jail time if they get arrested. Cubans know how to party and they know their alcohol. But playing Reggaeton is a big no-no. 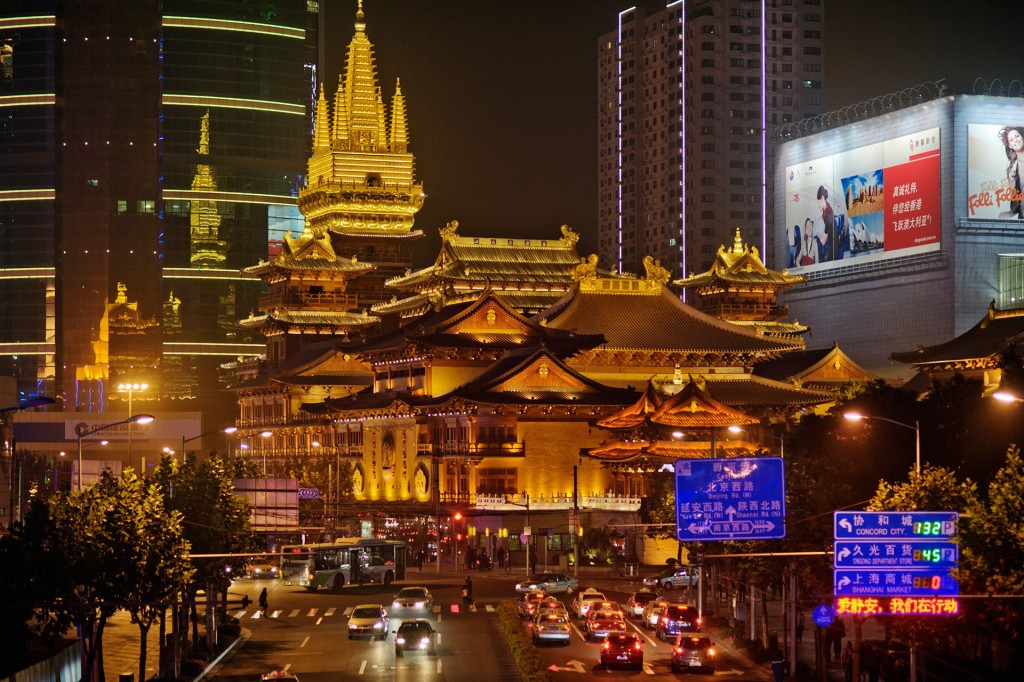 China is a booming economy that can take the world by storm. With China being open to other nations, it has projected a very positive image amidst territorial rows with its neighbors. But one should understand that China is still a communist country and that means no one should ever cross the government, ever. Anti-government propaganda is immediately traced and those responsible are silenced. It is a crime to instill Western thoughts and influences in the minds of the Chinese youth. Media is controlled. So is access to the internet. Nobody is allowed to discuss topics that pertain to rebellion, change, reform, and most specifically, the Tiananmen Protests of 1989. 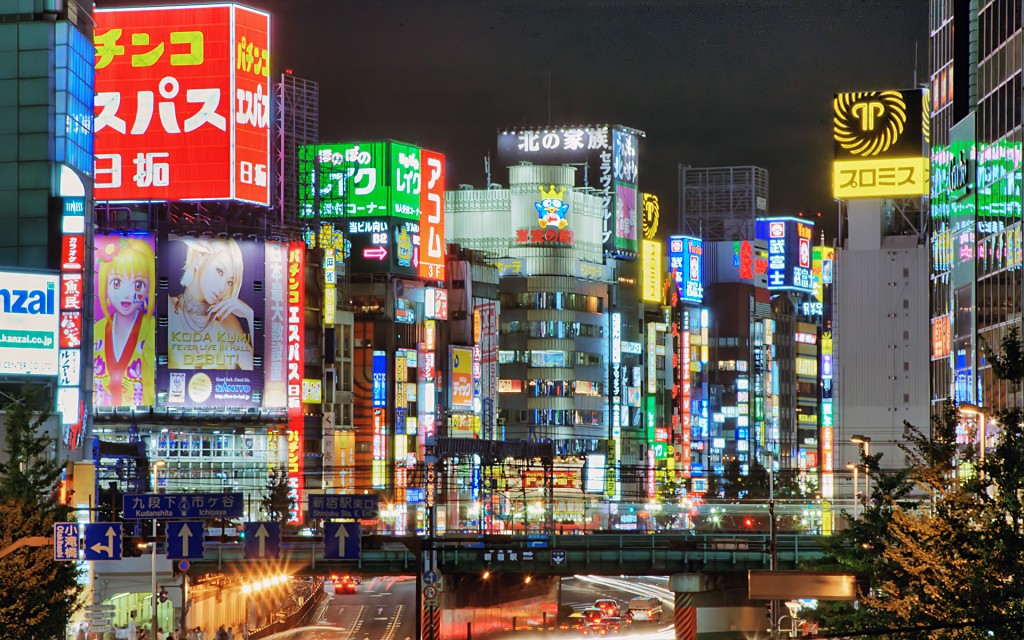 Many believe that the feudal system that once was in place in Japan a long time ago had significant influences on how the modern Japanese government does its business. The hierarchy of authority is prevalent in almost all structures, in the household, school, office, and the workplace. Everybody respects the one who is higher than him. Japanese companies also adhere to strict working policies and all employees, from the CEO down to the lowly staff, are expected to perform and excel in their designations. Talking about World War II and the bombings of Hiroshima and Nagasaki is prohibited. 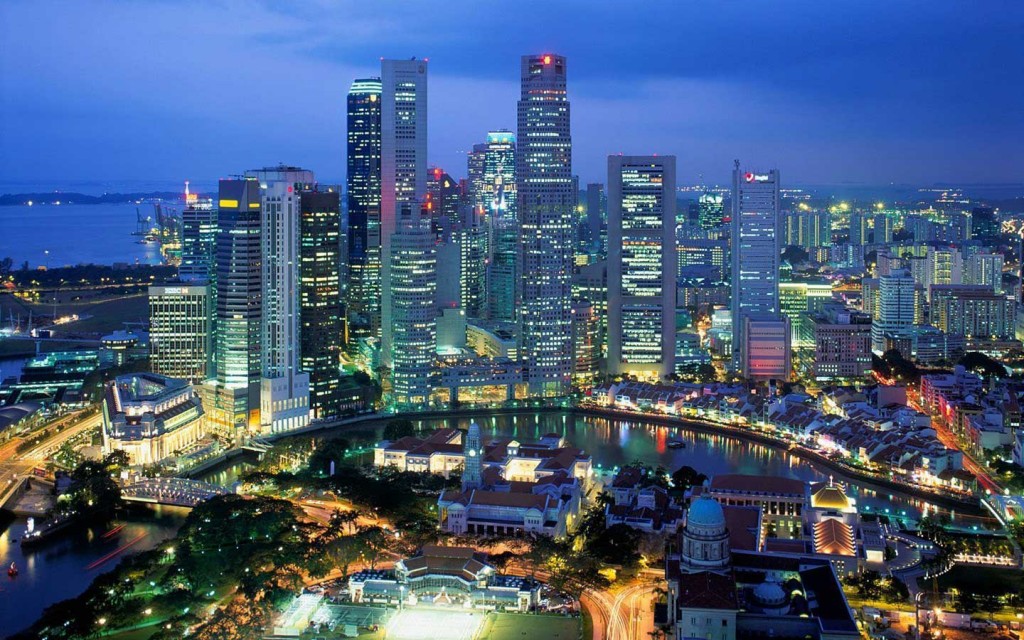 Singapore may be small, but the government’s firm implementation of their rules and policies on locals and tourists alike are notches higher compared to other countries in this list. Any wrong move will cost someone a fine. Spitting in public has a fine. Smoking in public will get you in serious trouble. Wearing the wrong dress when going out will land you in jail. And those are just petty violations. One can only imagine how stringent the Singaporean government is when dealing with serious crimes. But this very solid adherence to the rules makes Singapore a world-class economy with standards of living rated higher than most advanced European nations.


Waangalie hawa!
10 Countries With The Strictest Laws In The World - Financesonline.com
M

Waangalie hawa!
10 Countries With The Strictest Laws In The World - Financesonline.com
Click to expand...

Imagine mtu anaikojolea katiba ungekuwa China unanyongwa.
You must log in or register to reply here.