Is Politics and Religion inseparable?

I believe that Religion and politics are inseparable (covalent bond), they are two manifestations of the same phenomenon, two sides of the same coin. They are both sets of ideals and beliefs about how the world works, how it ought to work, and how societies and individuals should behave to achieve this, inter-alia, religion is separated only by the inclusion of the supernatural deitic power.

Though, some people do believe that there is legitimate barrier between politics/government and religion because of been inculcated by the spurious "wall of separation" metaphor. But, how many times have you heard the rejoinder, "Religion and politics don't mix"?

Amid the din and rhetoric of the current lineup of tactical contests, I ask that you venture up to the strategic level and consider a primal issue that transcends all the political noise and you will see why politics is inseparable from religion.

It may not be in the dominion imperium and power of man to alienate the gift of liberty, but it will certainly take the power of men, guided by our Creator, to defend it. To that end, religion and politics are inseparable. Do you agree with me that politics and religion are inseparable?

Notes taken from: US Patriotic; P&L Journal; and Thomas Jefferson

Politics is the game of power (how to gain and retain power), religion is a set of rules and practices of how to gain God's friendship and immortality. Because politicians want to have a total control over people and because some religions need power to dictate their own way of though the ones use the other (and vice versa) to achieve their goals. but ideally, they should remain separate as one focuses on the power on earth and the other focuses on well being ahera...
Though gathered as I wait for the microwave to cling

Bravo RussianRaulette, I like your thoughts and are very constructive. But one thing I would like to know, are both (politics and religion) equal in essence of power to control though their both interim result is distinct?

Kuna mengi katika hili, but all in all there is unique relationship between the two. It is hard to separate religion from politics in the same token it is hard to be a religious without loving politics.

M Smith said:
Kuna mengi katika hili, but all in all there is unique relationship between the two. It is hard to separate religion from politics in the same token it is hard to be a religious without loving politics.
Click to expand...

Thanks for your thoughts. So are they inseparable?

MaxShimba said:
Bravo RussianRaulette, I like your thoughts and are very constructive. But one thing I would like to know, are both (politics and religion) equal in essence of power to control though their both interim result is distinct?
Click to expand...

Well, religion is opium of the people (Mao) in the sense that it penetrates the mind and soul and dictates a set or a code of conducts, outside which you are ejected from the system. The imperialist power had always used religion to dominate people but the Russian revolution overthrew that and people like Mao saw that as an opportunity to overcome the 'slavery' that religion forges.
I wouldn't say that politics has the same sort of indoctrination but some times, some people have. The early speeches of Nyerere or Nkrumah on development are reflective of this in the sense that his ideology was something so strong at the time that people opposing this ideology (African socialism) were seen to be enemies of the newly Independence nations and almost as a if they wanted the colonialism back, and with it the end of freedom, equality and all the new right that came with Independence (remember we are in the 60s).
L 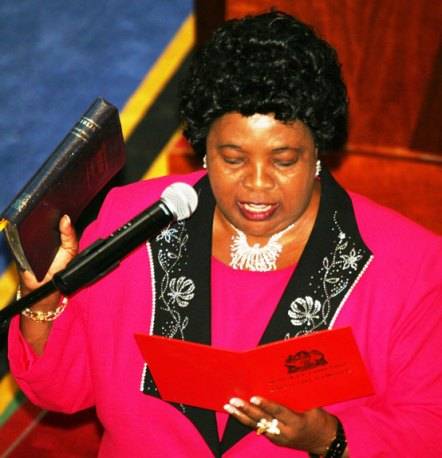 Ndio Mkuu, huu ni ushaidi mzuri
You must log in or register to reply here.