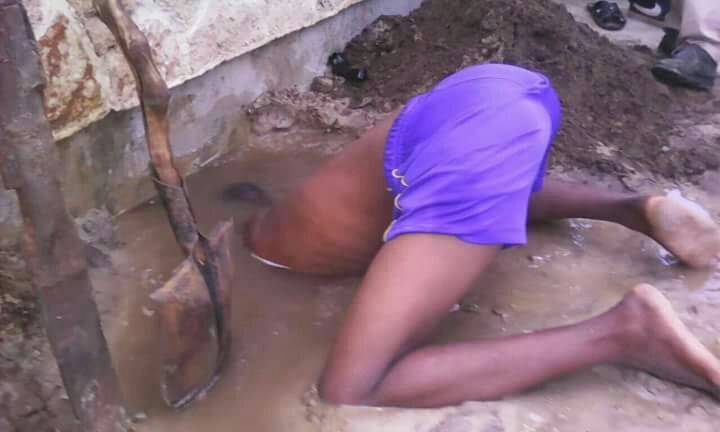 Hiyo inaitwa the power of pussy.

Up to his neck in work... literally! Picture of utility worker going above and beyond the call of duty to fix a leaking pipe sweeps the internet
By CHRIS PLEASANCE FOR DAILYMAIL.COM

One utility worker has left the internet stunned after he literally dived into his work while trying to fix a leaking pipe.

Jimmie Cox, from Granbury, Texas, was photographed face down in a puddle of muddy water by homeowner Andrea Adams on Tuesday.

Since then the image has been shared thousands of times on Facebook and in local media, as people praised Cox's dedication to the job.

Sent from my TECNO-L8 using JamiiForums mobile app
You must log in or register to reply here.