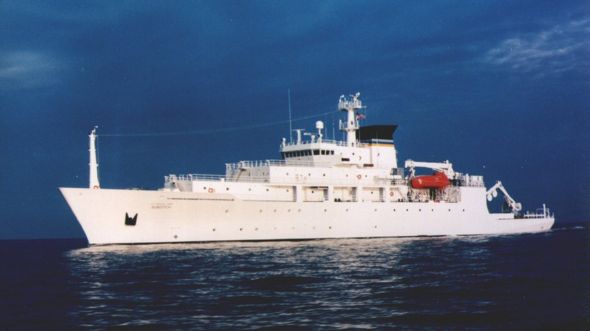 Image copyrightUS NAVY
Image captionThe USNS Bowditch was in the region to conduct research
The US has issued a formal request to China to deliver an unmanned underwater drone that was seized in international waters, US officials say.

The Chinese navy seized the US underwater research vessel in the South China Sea on Thursday, the US alleges.

The incident took place just as the USNS Bowditch, an oceanographic survey ship, was about to retrieve it.

The device, dubbed an "ocean glider", was used to test water salinity and temperature, officials say.

ADVERTISEMENT
"It was taken" by China, Capt Davis said during a press briefing on Friday.

"The UUV [unmanned underwater vehicle] was lawfully conducting a military survey in the waters of the South China Sea," he added.

"It's a sovereign immune vessel, clearly marked in English not to be removed from the water - that it was US property."

Analysis - Carrie Gracie, BBC China Editor
The Chinese seizure of a US navy drone only serves to increase uncertainty and tension between the US and China, coming in the same week as a US think tank published satellite images of anti-aircraft missiles on China's artificial islands in the South China Seas and in the aftermath of remarks from US President-elect Donald Trump criticising China for building what he called a "massive fortress" in the region.

Despite previous statements that China had no intention of militarising the islands, the Chinese Defence Ministry defended what it described as "necessary military facilities" which it called "proper and legitimate".

Since Mr Trump questioned the so-called "One China" policy which Beijing describes as the 'political bedrock' of the US China relationship, China has also mounted fighter exercises over the Taiwan Strait.

The Obama administration has reaffirmed what it called its "unwavering commitment" to the "One China" policy but the seizure of a US navy drone may be Beijing's way of sending a message to the incoming administration that it too has ways of disrupting expectations and upsetting the status quo.

The encounter occurred in the South China Sea about 50 miles (80km) northwest of Subic Bay, Philippines, the US says. 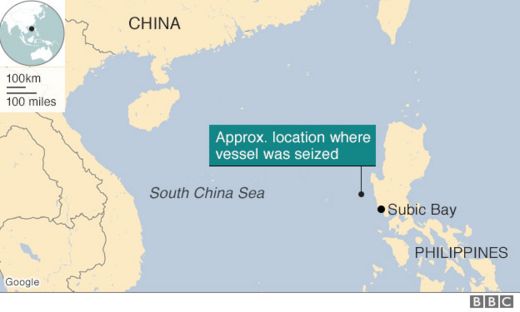 "The Chinese navy ship ASR-510, a Dalang III-class ship, approached within 500 yards of the Bowditch, launched a small boat, and seized the UUV," the Pentagon said in a statement.

The Bowditch made radio contact with the Chinese ship to demand its immediate return but were "ignored".

"This is not the sort of conduct we expect from professional navies," Capt Davis added.

The seizure will likely add to US concerns about the growing military posture taken by China in the South China Sea. 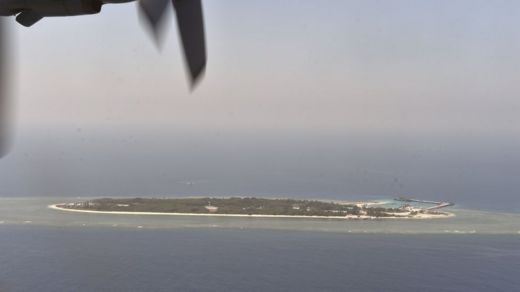 Image copyrightGETTY IMAGES
Image captionThe S China Sea has become a flashpoint between the two countries
A US think tank reported this week that aerial imagery shows that China has installed weaponry along seven artificial islands they have built at sea, despite US protests.

In November 2015, two US B-52 bomber planes flew over the man-made islands, known as the Spratly Islands.

Pentagon Press Secretary Peter Cook said the device was a "sovereign immune vessel of the United States" and demanded its immediate return from China.

Reverse engineering....
You must log in or register to reply here.