Why are dictators so fickle with their cabinets, and how can ministers avoid being sacked, or worse? 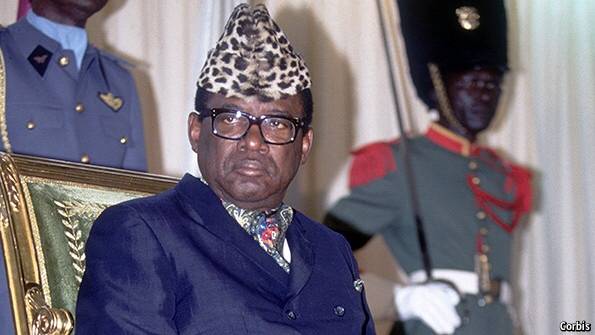 MOBUTU SESE SEKO, who ruled Congo for 32 years, was notorious for his “musical chairs” approach to his cabinet. His deputies were constantly shuffled around, passing unpredictably from ministerial posts to prison and exile, before once again returning to high office. Over the course of his reign Mr Mobutu burned through hundreds of ministers. High ministerial turnover is common to many dictatorships, as a study of 15 African countries shows. Why are dictators so fickle with their cabinets, and how can ministers avoid being sacked, or worse?

In a working paper for the National Bureau of Economic Research, Patrick Francois and Francesco Trebbi of the University of British Columbia and Ilia Rainer of George Mason University modelled the autocrat’s dilemma of choosing which ministers he should hire to run his government. Experienced ministers are better able to help manage the country, as you would expect. But time in power also allows them to develop their own political base which, if left unchecked, could give them the means to launch a coup. Thus a dictator who wishes to avoid being overthrown must fire ministers before they accumulate enough support to topple him. In turn, ministers who manage to build their own independent support bases must decide whether they are better off remaining loyal to the current regime or attempting to overthrow it.

The time of maximum danger for ministers, it turns out, is four years into the job. In the first few years of a ministerial career they are not powerful enough to pose much of a threat. And once they have racked up lots of experience they have little incentive to rock the boat, as they would be risking a safe position for the uncertain gains from an attempted coup. But with four years under their belts they are most dangerous: just powerful enough to have a chance at the main prize, but not yet so well established as to have lost their hunger. So it is then that dictators’ ministers are most likely to find themselves bundled into jail.

The authors show that those most at risk are the most senior ministers, such as those in charge of defence or finance. Those ministers’ superior powers make them especially threatening. So those posts change hands a lot—ruinously for the country’s economy and armed forces. The policy of firing ministers just as they begin to acquire experience on the job seriously degrades dictators’ ability to govern. But for a despot who values his own survival above all else, ministerial incompetence has a lot to recommend it—something worth bearing in mind if you want to get ahead under a dictatorship.

Dig deeper:
The last days of Mobutu Sese Seko (May 1997)
With rebel fighters on the back foot, optimism is growing in Congo (March 2014)
How and why lofty ideologies cohabit with rampant corruption (July 2014)

The Story of Singapore under the Leadership of Lee Kuan Yew (Call him a dictator if it pleases you), may give you some insights of what a dream is with your number one!

Case study; Tanzania
It seems the big man in power is usually very insecure and very unsure who is hatching a plot to unseat him
He feels he has to constantly to remind everyone that he is in charge,thus the infamous musical chairs

Probably message sent and delivered to other Swahili ' Despots ' who think that their ' cruelties ' against those who criticize them and the poor ones will take them to heaven.

I know none in our country who has been a leader fickels with his Cabinet as alluded by your sentiments.
However as far as I know , minor changes in Cabinet are precipitated by a number of factors. Especially when a leader demands efficience and delivery.

That why we should not be quick pointing fingers at anyone before we go to the bottom of the whole scenario which subsequents those changes!
In Tanzania we are lucky we do not have a DICTATOR.

I know none in our country who has been a leader fickels with his Cabinet as alluded by your sentiments.

However as far as I know , minor changes in Cabinet are precipitated by a number of factors. Especially when a leader demands efficience and delivery.

That why we should not be quick pointing fingers at anyone before we go to the bottom of the whole scenario which subsequent those changes!
In Tanzania however we are lucky, for we do not have a DICTATOR.

We are in the verge of acquiring orur first ever dictator.Clever thinking though, I respect you bro
M

I wish i could be IGP