Tanzania, the government appears to be restricting the opposition’s ability to even compete.

Three African countries are gearing up for fraught presidential elections this month that have raised fears of violence and disrupted democratic norms. In Cote d’Ivoire and Guinea, incumbents are seeking constitutionally questionable third terms, while in Tanzania, the government appears to be restricting the opposition’s ability to even compete.

In Guinea, where rallies against a third term for President Alpha Conde have been ongoing since last year, Amnesty International reported this week that security forces killed at least 50 protesters between October 2019 and July 2020. Even as Guinean officials denounced the findings, another protester was shot dead Wednesday. Conde forced through constitutional changes in March that blurred the language around term limits, as Lindsey Pruett explained in a January WPR briefing, and which he has since used to justify running again. While opposition organizers have vowed to continue the protests through the Oct. 18 elections, they remain split over participating in the vote. Opposition leader Cellou Dalein Diallo is running against Conde for a third time, but members of his coalition argue that a boycott might send a stronger message.

Opposition leaders in neighboring Cote d’Ivoire are conducting their own campaign to disrupt President Alassane Ouattara’s bid for a third term. Ouattara actually pledged to stand down, then reversed that decision after the July death of his hand-picked successor, Prime Minister Amadou Gon Coulibaly, precipitating deadly clashes between security forces and opposition protesters that have killed more than a dozen civilians. An Ouattara victory on Oct. 31 could further fracture the nation, as Clair MacDougall reported for WPR in August. That outcome became more likely after the Electoral Commission’s decision in September to block former President Laurent Gbagbo and former Prime Minister Guillaume Soro from competing, because they have been convicted of crimes. The African Court on Human and Peoples’ Rights has called for both men to be reinstated on the ballot.

Meanwhile, in Tanzania, President John Magufuli has attempted to circumvent the problems bedeviling his West African counterparts by clamping down on opposition campaigns ahead of the country’s elections on Oct. 28. This week, police tear-gassed the convoy of opposition leader and presidential candidate Tundu Lissu as he was driving to a rally, and on Friday, the election commission announced it was suspending his campaign for seven days over “seditious language.” Earlier rallies by Lissu’s CHADEMA party have been blocked by the authorities, and their party meetings have been disrupted. Lissu anticipated Magufuli’s obstruction in an August interview with WPR. “It is very important that we continue, that I personally continue to maintain my position,” he told Sophie Neiman, “whatever the consequences.” Magufuli’s regime has also taken steps to prevent international coverage of the election and to block local rights groups from observing it.

Candidates have at least struck a different tone in the presidential race in the Seychelles, where President Danny Faure faces two rivals in a vote scheduled from Oct. 22-24. Though Faure’s United Seychelles party has been in power since a 1977 coup, the country’s economy is in free fall, with its vital tourism industry devastated by COVID-19. Faure has pledged to create a unity government to address the economic crisis if he wins reelection, but analysts said the dire economic conditions could lead to the country’s first transfer of power since its independence in 1976.

It is for the first time ever our country is badly depicted in the international limelight for some issues which we have not experienced. Now our country is compared with the countries which have experienced the most political upheavals contrary to us. It is the important and very appropriate time to take a look at our current political situation. It is highly demoralizing to read and watch our country's picture is punished by some leaders who do not want to observe our norms and principles which we had created some nearly thirty years ago. If we have decided to have the multi-party democracy let us observe dicked.

It is absurd and very ridiculous to watch our leaders fiddle with our democracy. We have created the situation which our reputation internationally is crashing in a precipitous way. Our image which we have been used to see internationally is now spoild by our leaders in the name of patriotism and National Building.

The new way of doing politics in our country is outlandish and it has ever been practiced here. The process of the Democrat ising our political spheres banning political activities and intimidating people to fully participate in all activities gearing towards the election are an acceptable by any being.

Its about control, some other countries think they can control our values and principals. Tanzania has remained non-aligned and will continue to do so. We will pass these trials and continue to be a beacon of peace. 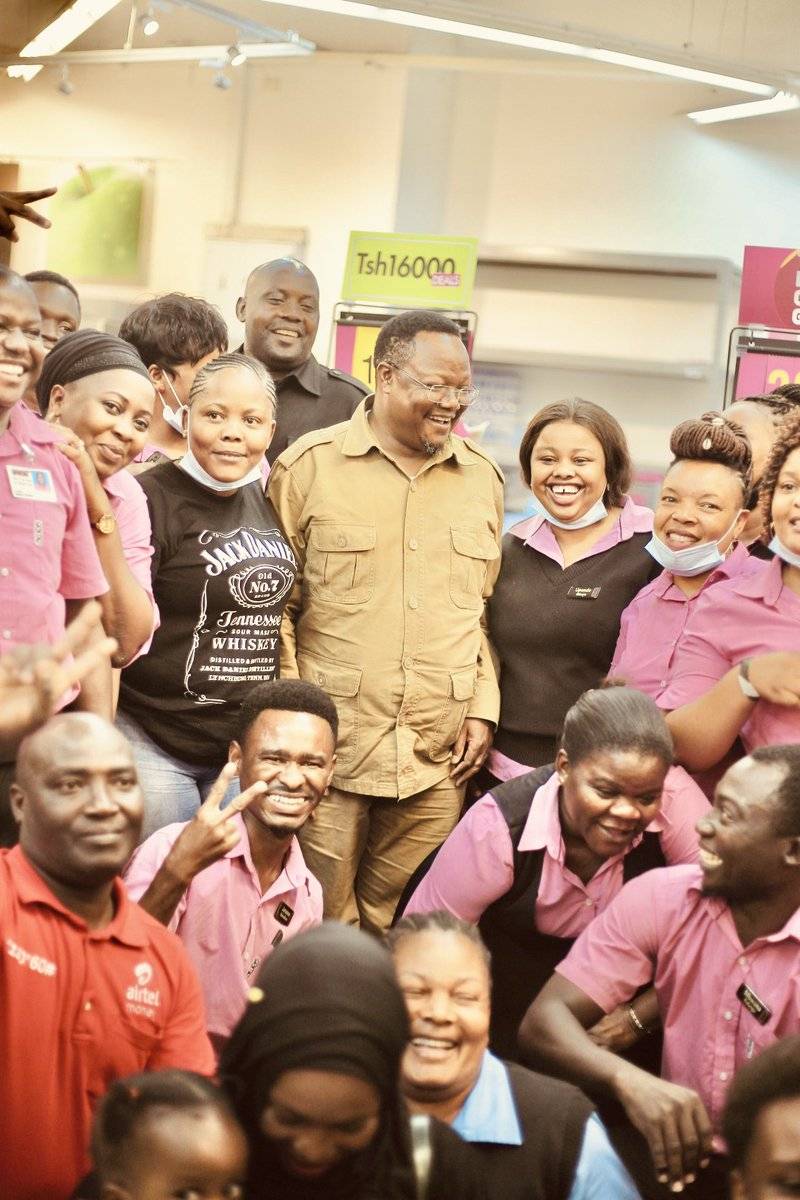 Some people create their own storms and they get mad when it starts raining. We are very live to the oppressions that have been going for the past five years, no one who is at ease. It's time to have fair compaigns and eventually the plebiscite know what to do. A small gang associated with criminal elements can't purport to determine what is proper for the entire nation, this is ignorance of the highest order.

Dua said:
Its about control, some other countries think they can control our values and principals. Tanzania has remained non-aligned and will continue to do so. We will pass these trials and continue to be a beacon of peace.
Click to expand...

Kibogas wewe
You must log in or register to reply here.

Somali outrage at rape of girls aged three and four