THE LIST OF THE MOST CORRUPT COUNTRIES in THE WORLD 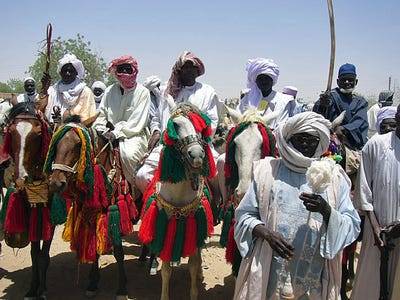 Chad ranks 165 out of 174 countries and earned a score of 19 out of 100.
Two watchdogs said that the oil pipeline running from Chad to Cameroon that generates more than a billion dollars annually for the Chadian government is an example of World Bank and International Monetary Fund failures to foster "fundamental measures of transparency in the oil, gas and mining industries."
Chad had promised to dedicate revenue from oil to social spending but has instead spent it on weapons, and lenders failed to insist on transparency in the Chadian government.
In November the mayor of the capital of N'Djamena was arrested and "suspended from duty" for "forgery and attempted embezzlement and corruption."
Source: Transparency International 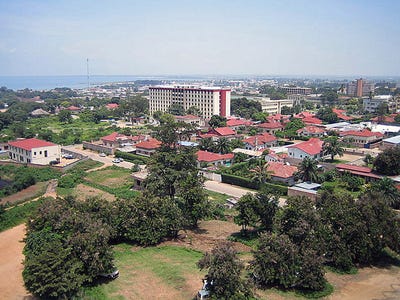 Burundi ranks 165 out of 174 countries and earned a score of 19 out of 100.
Many hoped that a 2005 rebellion would stem corruption, but the landlocked east African nation is facing "a deepening corruption crisis that jeopardizes prospects for lasting peace and stability," according to The International Crisis Group.
Political power has transferred from the Tutsi to the Hutu, but corruption scandals involving new diplomats and state officials "have watered
down the hope of a change of governance and a more equitable wealth distribution." 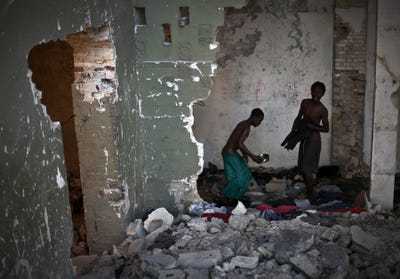 Haiti ranks 165 out of 174 countries and earned a score of 19 out of 100.
The 2011 Human Rights Report by the U.S. State Department found that corruption remained widespread in all branches and at all levels of government even after Haiti elected a new president in 2011.
"In this country everything is money," Chairman of the Port-au-Prince Bar Association Stanley Gaston said. "There isn't value in any other thing.
Two government anti-corruption bodies, the Unit in the Fight Against Corruption (ULCC) and the Central Unit of Financial Intelligence (UCREF),
have even refused to pursue allegations of embezzlement and corruption. 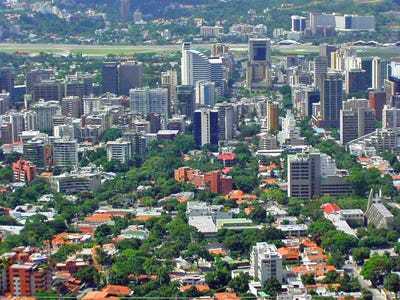 Venezuela ranks 165 out of 174 countries and earned a score of 19 out of 100.
The discovery of mass amounts of oil in Venezuela hastened its slide into corruption and by the 1970s the petroleum sucked from the ground was called "the Devil's excrement" by Venezuelans.
Hugo Chavez's election to president in 1999 did nothing to slow the corruption.
Theres so much corruption that has washed ashore from Venezuela, Joel Hirst, an international affairs fellow at the Council on Foreign Relations in Washington, told Bloomberg in 2010.
More and more criminal activity is having its source in Venezuela." 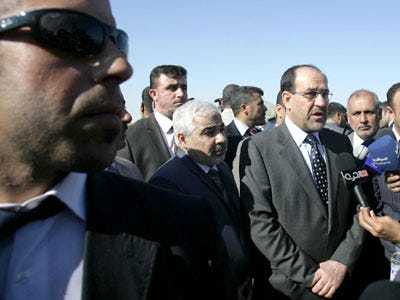 Iraq ranks 169 out of 174 countries and earned a score of 18 out of 100.
"Millions of dollars are being stolen, and some of this money is going to terrorist groups," a former political exile told the BBC in 2009. "The government cannot win the war against the insurgency if it does not fight corruption first. And the war against corruption is much harder to win."
The government seems to have made serious efforts since then, but in October a $4.2 billion weapons deal with Russia was canceled  after being was signed by Prime Minister Noori al-Maliki  amid corruption concerns on both sides.
Iraq-Business New keeps track of corruption in the country. 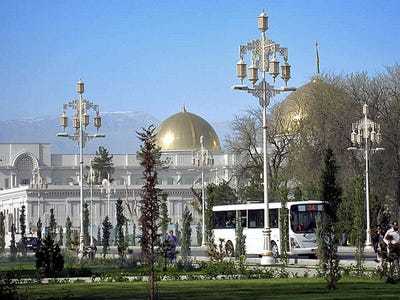 Turkmenistan ranks 170 out of 174 countries and earned a score of 17 out of 10.
The poorly developed Turkemi legal system makes the country highly vulnerable to public sector corruption that "further undermines the already fragile rule of law," according tot The Heritage Foundation.
Judges are poorly trained and open to bribery while all land is owned by the government and other ownership rights are limited.
Turkmenistans president can spend revenues from hydrocarbons sales  the countrys primary source of income  at his discretion while no national budget published in full. 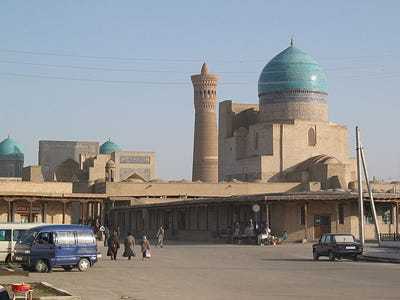 Uzbekistan ranks 170 out of 174 countries and earned a score of 17 out of 100.
Like Turkmenistan, the system in Uzbekistan is more corrupt than not.
Our people have gotten used to giving bribes to whomever  be it a teacher or a doctor, Nasreddin Talybov of the Interior Ministrys anti-corruption unit said. We need to propagandize the people that this is wrong."
But a lack of transparency and an intractable elite make that almost impossible.
"The governing elites have practically no accountability," Miklos Marschall, deputy managing director of Transparency International, said. "There is no political opposition. There is no civil society.
There is no free press." 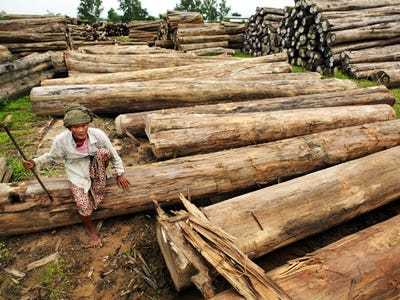 Myanmar ranks 172 out of 182 countries and earned a score of 15 out of 100.
After emerging from five decades of military rule in March 2011, Myanmar drafted an anti-corruption law, state officials were told to repay embezzled funds and citizens were told to report bribery and corruption.
But the country's rich natural resources such as oil, timber and gems are still controlled by former military-regime insiders who negotiate deals on the golf course.
We have to look at all the culture, all the history; Those organizations want something back, a man who sells satellite imagery to Myanmars government told Bloomberg.
How can you eradicate a culture overnight? 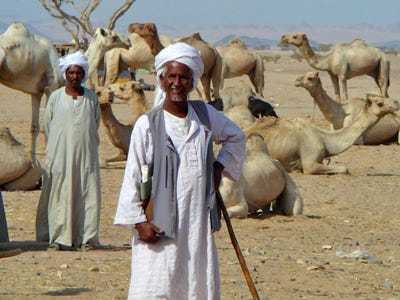 Sudan ranks 173 out of 174 countries and earned a score of 13 out of 100.
South Sudan produces half a million barrels per day, and the $10 billion in oil revenues collected since 2005 has funded nearly 98 percent of the government's budget.
But Africa's youngest nation has lost more than $4 billion due to public sector corruption since gaining self-rule in '05.
And not one official has been prosecuted for corruption, despite there being a commission assigned specifically to the task. 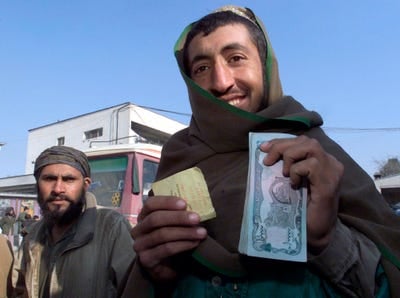 Afghanistan ranks 174 out of 174 countries and earned a score of 8 out of 10.
Afghanistan fell to the bottom of the rankings after a confidential forensic audit found that Kabul Bankthe country's largest financial institutionfunctioned as a "well-concealed Ponzi scheme" from its very beginning.
While the Kabul Bank funneled money to the country's elite, weak oversight of U.S. contracts in the country has fueled fraud all the way down the political chain.
In one instance intelligence officials traced $3.3 million from an Afghan National Police commanders account to insurgents in the form of weapons,
explosives and cash 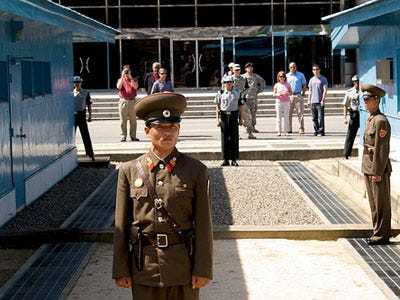 The North Korean border with South Korea. Tourists and American soldiers can be seen in the background.
fresh888 | Flickr

North Korea ranks 174 out of 174 countries and earned a score of 8 out of 100.
There is little foreign investment in North Korea, and the country is plagued by structural corruption in its political and bureaucratic system since the early 1990s when the Stalinist North Korea collapsed
Entering or leaving The Hermit Kingdom requires large bribes. When professor Dr. Andrei Lankov asks North Koreans whether it is conceivable
that a police officer or bureaucrat would refuse a bribe, they look confused. One market vendor said: "Are they crazy? How else would they stay alive?"

[h=2]Somalia is a mess of clans, warlords, pirates and government militias[/h] 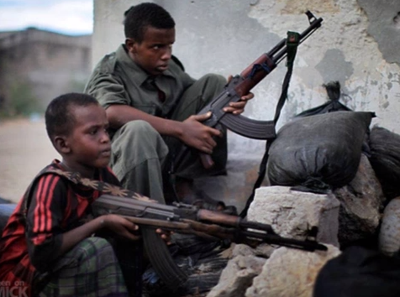 Somalia ranks 174 out of 174 countries and earned a score of 8 out of 100.
Over the years foreign countries  primarily the U.S. and USSR  used Somalia as a battleground for political ideologies and fueled corruption by backing particular clans or groups.
U.S. funding really helped the Siad Barre regime, which really took government corruption to the next level. After the regime fled in 1991, the country is essentially lawless and ruled by clans, warlords and militia groups.
A 2012 World Bank report alleged that about $130 million received by the coalition government in 2009 and 2010 was unaccounted for.


You must log in or register to reply here.