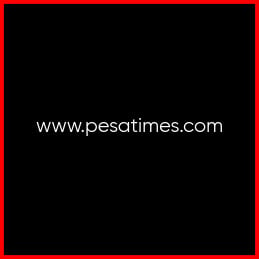 
"The Police are investigating reports that a college of computing student was to be paid sh15m to plant bomb materials in Block B during this examination period," the alert dated May 19, reads.


It cites the major target areas as being toilets, isolated hideouts in the building and congested rooms.


"Please, be watchful. Be vigilant; be alert and report any suspicious materials you come across to the Police on mobile numbers 0718792486 or 0701400668," the alert signed by the college of computing's management and bearing the stamp of the principal, reads.


Makerere Police boss Jackson Mucunguzi said: "We are also sensitising the students and the staff and at the same time appealing for vigilance."


The Police swung into action after a third year student at the college alerted the force that he had received a mysterious call from unknown persons asking him to deliver a package with bomb materials to the toilet in the building in exchange for a sh15m pay as well as a job.


"The student had earlier applied for a job in London, but then received a call on Friday from people who inquired whether he had applied for a job in London. When he answered in the affirmative, they asked him to report for an interview on Sunday. When he went to meet them in Bukoto, before he could meet them, he received a call from the same people, asking him to first deliver (a parcel) and get paid and also get the job," the Police said, without giving details about the student.


Sensing something sinister, the student, the Police said, alerted the force, triggering off a probe and a series of efforts to heighten security.


However, sources yesterday said the case had triggered off a series of meetings between the university leadership and the Police, culminating into overt and covert deployments of personnel from the Police Counter Terrorism Unit and a recall of personnel who once served as guards in Iraq to reinforce security on the campus.


There was significant vigilance at the major entry points as university guards searched everyone entering into the campus. Although the situation remained calm, the mood seemed anxious as students occasionally gathered in groups, possibly discussing the alert.


Some of the students interviewed said they were not aware of the incident, with others saying they only heard about it as a rumour.


Festo Mutatiina, a second year student of the school of distance and lifelong learning said: "I only saw a poster around the college of computing and information science. When I asked a friend, he said it was not possible. Most guys are not aware. We access the examinations halls without anyone searching us, save for the exam permits."


At the college of computing, the situation was not any better as students walked in at will given that there are no access controls.

Stephen Galabuzi, a second year law student, said: "I heard about the issue, but nothing has been put in place to avert any such potential attack at the faculty. Security has not been beefed up here and no one searches us apart from when we are entering through the main gate."


Patience Mwima, a second year student at the college of computing, said: "The alert has caused disruptions during exams and I'm scared. But they are only searching for exam permits."


Juliet Asio, a first year student at the the college of computing, said she was initially scared, but now feels secure given that the number of Police personnel at the college has been reinforced. She, however, expressed reservation about any possible danger, saying: "The same scare came through last year and nothing happened.". mia


Source:pesatimes
You must log in or register to reply here.