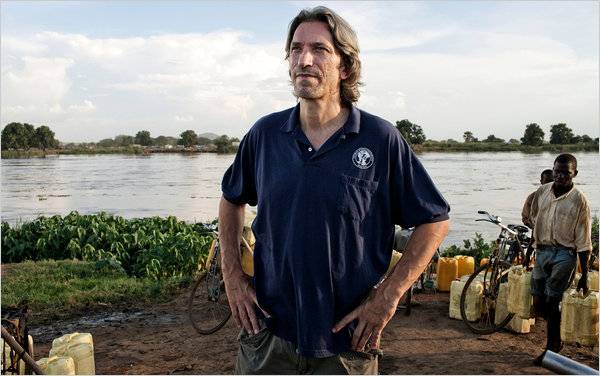 Marco Di Lauro/Reportage, for The New York Times
John Prendergast on the banks of the White Nile in southern Sudan.


"I do human rights the way I played basketball," John Prendergast said. We were sitting in the outdoor restaurant of an unfinished hotel in Juba, a boomtown of mud and shanties beside the White Nile in southern Sudan. It's a restaurant where the South's liberation leaders tend to gather, and these days they are in a buoyant mood. They have traded their fatigues for dress shirts and suits. A half-century of civil war seems to be culminating in independence. If a referendum on Jan. 9 goes as expected, the map of Africa will be redrawn - with a new nation around the size of Texas. But for the moment, Prendergast, who is America's most influential activist in Africa's most troubled regions and who huddled on a White House patio with President Barack Obama a few days earlier, talked about basketball guards.

AMERICA AS ALLY Prendergast with Pagan Amum, the minister of peace for the regional government of southern Sudan.

Next Page »
Daniel Bergner is a contributing writer. He is the author of "In the Land of Magic Soldiers: A Story of White and Black in West Africa."


A version of this article appeared in print on December 5, 2010, on page MM48 of the Sunday Magazine.