US naval warships arrive in Qatar for military exercise 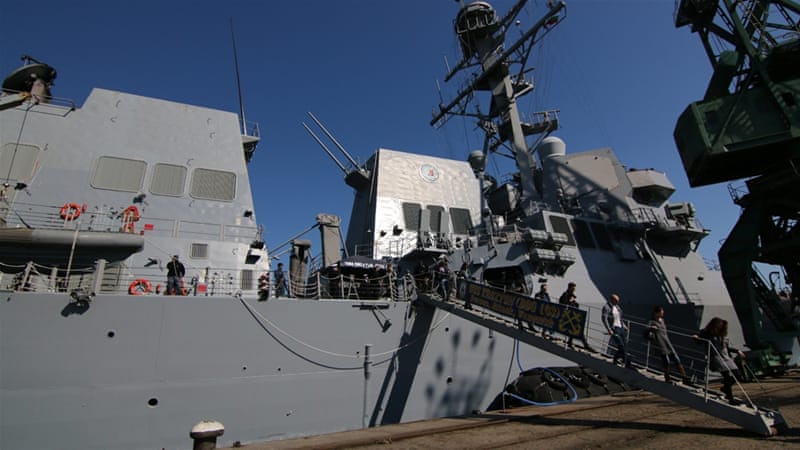 Two US Navy vessels arrived in Doha to take part in a joint military exercise with the Qatari Emiri Navy just days after US President Donald Trump accused Qatar of being "a funder of terrorism at a very high level".

Qatar hosts the biggest US military base in the Middle East with more than 11,000 troops deployed or assigned to al-Udeid Air Base. More than 100 aircraft operate from there.

Qatar News Agency (QNA) reported the arrival of the vessels on Wednesday, the same day that Qatar signed an agreement for the purchase of F-15 fighter jets from the US with an initial cost of $12bn.

The aircraft purchase was completed by Qatari Minister of Defence Khalid Al Attiyah and his US counterpart Jim Mattis in Washington, DC, according to QNA.

The sale "will give Qatar a state-of-the-art capability and increase security cooperation and interoperability between the United States and Qatar", the defence department said in a statement.

Divide them and create an Opportunity.This is the world of capitalism
You must log in or register to reply here.