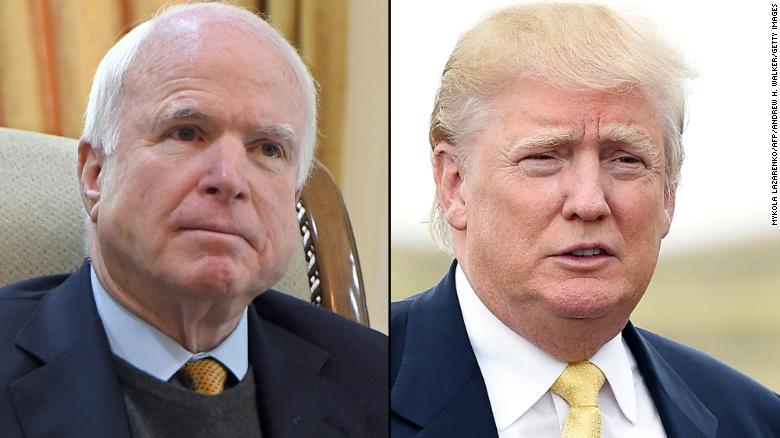 https://www.jamiiforums.com/javascript:void(0);
(CNN)Sen. John McCain said Friday that Russia's alleged meddling in the 2016 presidential election amounted to an "act of war."

The Arizona Republican, who is chairman of the Senate Armed Services Committee, also has scheduled a hearing for next week on foreign cyberthreats to the US, which will also focus on Russian cyberhacking, a committee aide told CNN earlier Friday.

McCain, who is one of Washington's most prominent foreign policy hardliners, has criticized the recent sanctions and expulsions announced by the Obama administration this week as insufficient and belated. He made his latest comments in Ukraine, a nation threatened by a resurgent Russia, after meeting with Ukrainian President Petro Poroshenko.

"When you attack a country, it's an act of war," McCain said of the recent hackings on Ukrainian TV, according to a transcript compiled by Reuters. "And so we have to make sure that there is a price to pay so that we can perhaps persuade Russians to stop this kind of attacks on our very fundamentals of democracy."

McCain has invited James Clapper, the Director of National Intelligence, Admiral Mike Rogers, Director of the National Security Agency, and Marcel Lettre, the Undersecretary of Defense for Intelligence, to next week's hearing, according to the aide.

Politico first reported on McCain's hearing.
President-elect Donald Trump is scheduled to meet for the first time next week with top leaders of the Intelligence agencies. The President-elect has said it's time to "move on," but McCain and other top Hill leaders have vowed to press legislation next year on sanctions in addition to the those announced by President Barack Obama this week.

Obama took unprecedented steps Thursday to retaliate against Russian interference in the 2016 election, including expelling 35 Russian operatives from the United States. Those moves came after what the intelligence community says were Russian-orchestrated hackings of Democratic Party organizations during the election.
Putin said Friday that the Kremlin would not retaliate and make similar expulsions.


While the Russians did not actively use code to disrupt operations of the utility, penetrating the grid is significant because it represents a potentially serious vulnerability. A code associated with the Russian hacking operation dubbed Grizzly Steppe by President Barack Obama’s administration has been detected within the system of a Vermont utility, according to U.S. officials.

While the Russians did not actively use the code to disrupt operations of the utility, according to officials who spoke on condition of anonymity in order to discuss a security matter, the penetration of the nation’s electrical grid is significant because it represents a potentially serious vulnerability.

Government and utility industry officials regularly monitor the nation’s electrical grid because it is highly computerized and any disruptions can have disastrous implications for the function of medical and emergency services.

American officials, including one senior administration official, said they are not yet sure what the intentions of the Russians might have been. The penetration may have been designed to disrupt the utility’s operations or as a test by the Russians to see whether they could penetrate a portion of the grid.

This week, officials from the Department of Homeland Security, FBI and the Office of the Director of National Intelligence shared the malware code used in Grizzly Steppe with executives from 16 different sectors nationwide, including the financial, utility and transportation industries, a senior administration official said. Vermont utility officials identified the code within their operations and reported it to federal officials Friday, the official added.

Article Continued Below
DHS and the FBI also posted information on the malware publicly Thursday as part of its joint analysis report, saying the Russian military and civilian services’ activity “is part of an ongoing campaign of cyber-enabled operations directed at the U.S. government and its citizens.”

It is unclear which utility reported the incident. Officials from two major Vermont utilities, Green Mountain Power and Burlington Electric, could not be immediately reached for comment Friday. Vermont also has a wholesale distributor called VELCO, or Vermont Electric Power Company. In addition, there are smaller co-operative companies, such as Vermont Electric Co-op and Washington Electric Co-op, which are used primarily in rural areas and are connected to the statewide power grid.

According to the report by the FBI and DHS, the hackers involved in the Russian operation used fraudulent emails that tricked their recipients into revealing passwords. Russian hackers obtained a raft of internal emails from the Democratic National Committee, which were later released by WikiLeaks during this year’s presidential campaign.


President-elect Donald Trump has repeatedly questioned the veracity of U.S. intelligence pointing to Russia’s responsibility for a series of cyber-intrusions in the run-up to the Nov. 8 U.S. election. He has also has spoken highly of Russian President Vladimir Putin, despite President Obama’s suggestion that the approval for the cyber operations came from the highest levels of the Kremlin.

Obama has been criticized by lawmakers from both parties for not retaliating against Russia before the election. But officials said the president was concerned U.S. countermeasures could prompt a wider effort by Moscow to disrupt vote counting on Election Day, potentially leading to a wider conflict.

Officials said Obama was also concerned taking retaliatory action before the election would be perceived as an effort to help the campaign of Democratic presidential nominee Hillary Clinton.

On Thursday, when President Obama announced a series of new economic sanctions against Russia and the expulsion of 35 Russian officials from the U.S. in retaliation for what he said was a deliberate attempt to interfere with America’s election, Trump told reporters, “It’s time for our country to move on to bigger and better things.”

The Russians have been accused in the past of launching a cyberattack on Ukraine’s electrical grid, something they have denied. Cybersecurity experts say a hack in December 2015 destabilized Kiev’s power grid, causing a blackout in part of the Ukrainian capital. On Thursday, Ukranian President Petro Poroshenko accused Russian of waging a cyber war on his country that has entailed 6,500 attacks against Ukranian state institutions over the past two months.

Representatives for DOE and DHS declined to comment on the matter Friday. 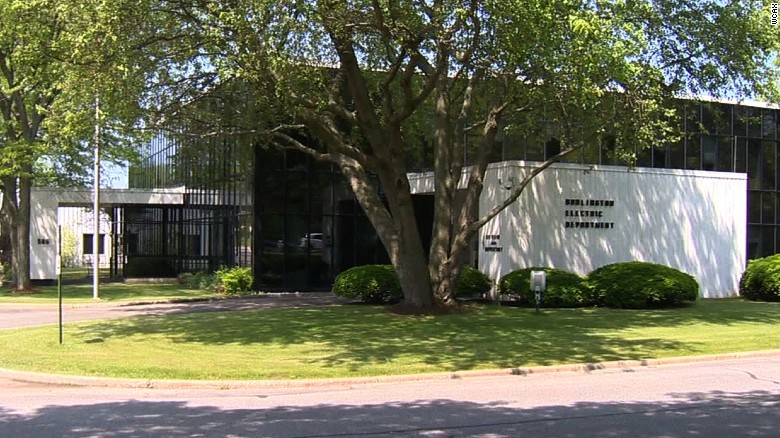 Expert: We caught Russian hackers in the act

Story highlights
(CNN)A Vermont electric company said Friday it had found on a company laptop the same kind of malicious software that US authorities believe was used by Russian hackers in an attempt to influence November's election.

Burlington Electric said it found the code after utility companies nationwide were sent an alert by the Department of Homeland Security.
The company, which serves 19,600 customers in Vermont, said the malware was on a laptop that is not connected to the organization's power grid systems.
"Our team is working with federal officials to trace this malware and prevent any other attempts to infiltrate utility systems," spokesman Mike Kanarick said.
The federal government refers to the malicious cyber activity as Grizzly Steppe.