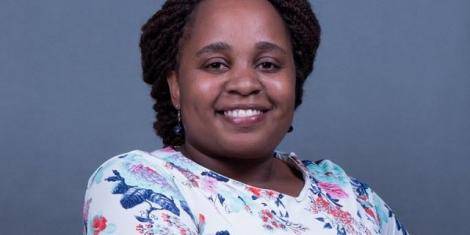 Taking to her social media platforms on Wednesday, February 13, Mbogo, the dean at the School of Science and Technology at the Kenya Methodist University (Kemu) expressed her gratitude for the recognition.

"I am in Seattle as one of 5 women to receive the OWSD-Elsevier Foundation 2020 award in Engineering, Innovation, and Technology as an awardee from Africa region. Thank you ELS Foundation and the OWSD secretariat for this great incredible honour! To more learning & impact," she announced.

Mbogo also took the time to thank everyone who had contributed to her writing history. 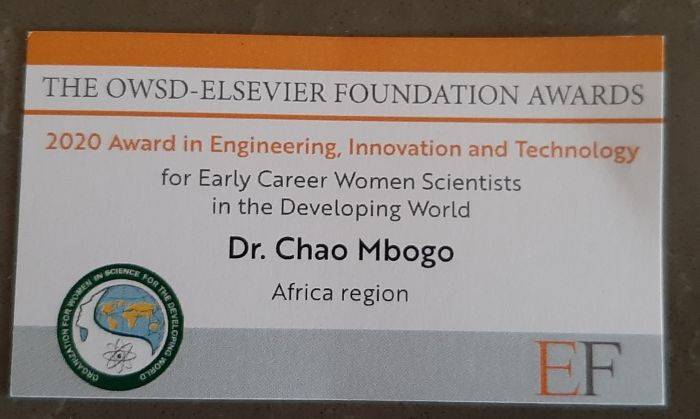 Chao Mbogo was among the recipients of the 2020 OWSD-Elsevier Foundation 2020 award in Engineering, Innovation, & Technology from the African region

Thank you, everyone! I have been and still over the moon about this and I am so grateful. The next few days are gonna be a whirlwind but I am thoroughly enjoying it. Thank you, all," she added.

Mbogo received the honours due to her work in designing techniques to support students in resource-constrained environments to learn computer programming using mobile devices.

"Her research finds ways to circumvent limitations such as small screens and small keypads, that make it difficult for students to use mobile phones for programming in areas where computers are not easily available," the Elsevier Awards panel praised her.

Mbogo received the award alongside five other women identified as Susana Arrechea from Guatemala, Champika Ellawalla from Sri Lanka, Sumira Subrina from Bangladesh, and Fathiah Zakham from Yemeni, all of them in the field of engineering.

According to the Elsevier website, the awards are organised in partnership between OWSD and the Elsevier Foundation.

OWSD chairs a panel of distinguished scientists to select the winners, and the Elsevier Foundation supports a prize for each winner of Ksh500,000 and an all-expenses-paid trip to attend the annual AAAS Meeting (American Association for the Advancement of Science) in Seattle, February 12-16, 2020.

The five winners will be honoured on Saturday, February 15, during the Minority and Women Scientists and Engineers Networking Breakfast from 7:00-9:00 a.m. (Pacific Time Zone - 6:00 p.m. to 7:00 p.m. Kenyan time) in Seattle at the AAAS Annual Meeting (American Association for the Advancement of Science).

In 2019, Chao Mbogo was honoured in the inaugural Top 100 Kenyans by Kenyans.co.ke for her incredible achievements in academia.

Source: Kenyans.co.ke
You must log in or register to reply here.