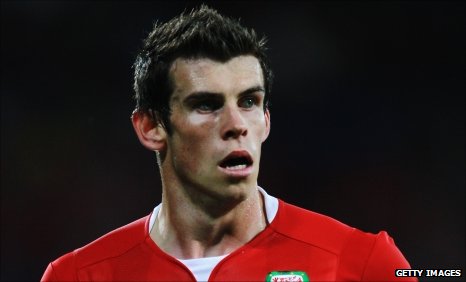 Gareth Bale looked at his best for Wales against Montenegro on Friday England will make special plans to counter Wales dangerman Gareth Bale in Tuesday's Euro 2012 qualifier at Wembley, Fabio Capello has revealed.
Bale missed England's 2-0 win in Cardiff in March through injury - but was a key figure when Wales beat Montenegro in Cardiff on Friday.
The England manager said: "Bale always makes a difference. He is a really, really, important player for Wales.
"We need to find a system to stop him and stop people passing to him."
Capello added: "We need to be very careful every time he receives the ball."

The man known in Italy as "The Iron Sergeant" for his hardline approach is showing a willingness to bend after last year's sorry summer in South Africa
​
Bale will be even more influential for Wales boss Gary Speed with the absence of the suspended Craig Bellamy.
And Capello is under no doubts about the threat that the Tottenham midfielder can pose.
The England boss added: "I have watched [Wales'] game against Montenegro and he played really well. He is a really good, important player.
"I watched the game he played when Spurs played against Man City and he was so-so. He was not at the top of his form, but in the game he played with Wales against Montenegro he had improved a lot.
"He ran a lot, was really fast. It will be a problem to stop him because it is difficult when he receives the ball and attacks the space. He's fast and technically he is fantastic. He can play left or right - a very good player."
Continue reading the main story
I cannot see Wales beating England at Wembley. Even a draw will be beyond them
​
BBC pundit Robbie Savage Read Savage's views on the match
Bale's attacking capabilities are likely to have an impact on England's team selection, with the Italian admitting he is considering changes from the side that performed so impressively to win 3-0 against Bulgaria on Friday.
Capello said: "Probably we will change the style on Tuesday. I need to decide but probably I will change because we need to play differently at home.
"All the team played really well away. They found space and played on the counter-attack and attacked the space.
"We have really good technical players and with the space it is easier. We have got a lot of players ready to play all the games and I think the solution is to choose the best team, the best 11, for the particular job." 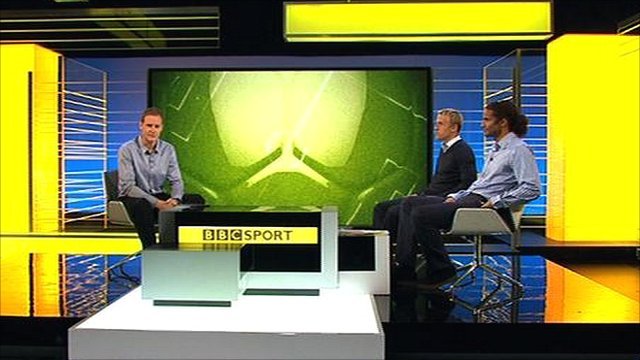