Africans are helping themselves more than aid workers are, according to new research.
Analysis of cash flows by Hong Kong-based Ghanaian academic Adams Bodomo shows that Africans living outside the continent send more money home to their families than is sent by traditional Western aid donors in what is called Official Development Assistance (ODA).
In 2010 - the most recent year for which meaningful comparisons can be made, according to Mr Bodomo - the African diaspora remitted $51.8bn (£34bn) to the continent.
In the same year, according to World Bank figures, ODA to Africa was $43bn (£28bn).
"I started the research to see if I could support a hunch I had that money remitted by African families was more efficient aid than ODA money," the Ghanaian professor told the BBC.
"I found it was clearly more efficient and better targeted but to my surprise I found it was also a much bigger sum."
'Family aid'
[h=2]It's more effective... an African family member abroad knows what is needed, whether it's for school fees, to build a structure or to grow a business[/h] Adams Bodomo University of Hong Kong

Mr Bodomo concentrated on African money-flows but came to a similar conclusion for all developing countries:
"Worldwide remittances from people who hail from developing countries totalled $350bn," he said; "far exceeding ODA at $130bn."
Statistics can be misleading. The definition of Western ODA does not include all external aid.
Saudi-financed mosques built for social and religious reasons are not included, for example.
Nor are semi-commercial deals like Chinese road-building projects in exchange for minerals concessions.
But ODA does represent most of what most people usually think of as "foreign aid".
Even if other outside aid were included, Mr Bodomo thinks money sent by relatives would still far exceed it because much of the "family aid" is sent through informal channels.
"In the case of Africa, about 75% of remittances are sent informally - we can't track that," he said. 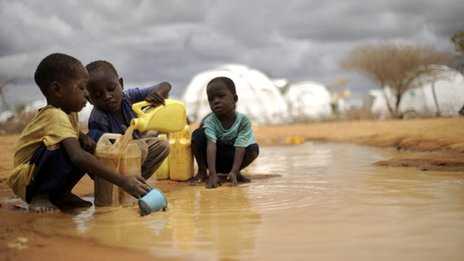 
"For example, cash is sent through a friend who is visiting on holiday. If we add all that in, the diaspora remittances would be bigger by a factor of three or four times."
Mr Bodomo believes "family aid" is also more efficient, and that diaspora practices hold lessons for the wider aid industry.
"It's more effective because it's better informed. An African family member abroad knows what is needed, whether it's for school fees, to build a structure or to grow a business."
"Compare that to traditional foreign aid and all the cumbersome structures it is distributed through - only a small amount of 'traditional aid' ends up with the people who need it."
"It's also clear that a lot of government-to-government aid is misappropriated. So the ODA donors should learn from these diaspora guys by targeting support to those who need it most - families and small businesses."
Suspicion Some African governments would disagree with this last point - and not only those who seek to misappropriate aid funds.


Many administrations would argue that infrastructure like roads and bridges are vital for development.
They say their low revenue base means they have to get some of this infrastructure financed from the outside.
Mr Bodomo argues there are lessons for African governments too.
If "family aid" is more efficient, he says, it should be encouraged.
"About 12% of diaspora money sent home through formal financial channels is swallowed up by bank fees. Governments should find ways to reduce this so more funds get to people who need them."
Again, this is potentially controversial.
Some African governments, including in some of the fastest-growing economies with more efficient administrations, such as Ghana and Rwanda, argue that increasing tax revenues is vital to building government capacity - precisely so they can wean themselves off aid. 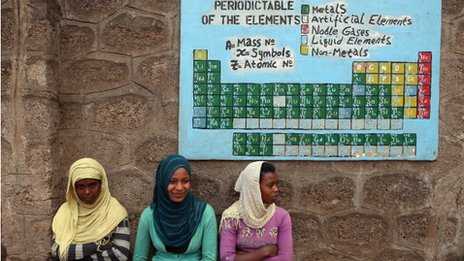 This school in Addis Ababa was founded by an Ethiopian philanthropist


Mr Bodomo's research highlights a trend that may be reinforced if globalisation increases the number of expatriate Africans migrating to jobs in richer countries.

That trend may also shift geographically as Africans move not just to the traditional former colonial Western countries but to newly industrialised states such as China, India and Brazil.
The more open and democratic African governments will welcome diaspora funds and involvement.
Some encourage diaspora engagement by allowing joint citizenship, for example.
But less democratic regimes on the continent view some members of the diaspora with suspicion.
They cannot control them in the same way that they seek to control their domestic citizens, so prefer to keep them at arms' length.

Onyesha huo utofauti
You must log in or register to reply here.