World Bank President Robert Zoellick warned that Europe can't count on cash-rich emerging nations like China and Brazil to come to the euro zone's aid and said European leaders needed to make fundamental decisions about the direction of the currency union.
"There's no silver bullet. There's no panacea," Mr. Zoellick said in an interview on Friday while European finance ministers were meeting in Poland. "Nobody is going to come in with a big bag of money to buy out the problem." 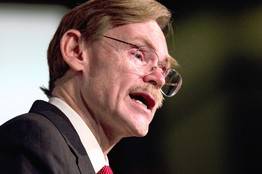 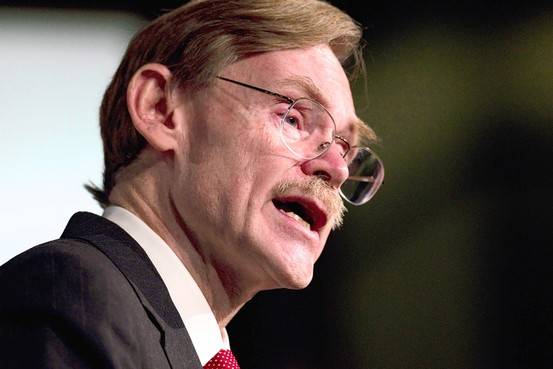 European officials have looked to Brazil, China and other big emerging markets, which together have trillions of dollars in reserves, as places to sell large amounts of sovereign debt. Some of the big markets have played along, at least rhetorically. Brazil has publicized a meeting of the so-called BRICS nations-Brazil, Russia, India, China and South Africa-this week in Washington, which it said would discuss euro-zone problems. China also has hinted it could provide financing in exchange for trade concessions.
International Monetary Fund chief Christine Lagarde last week called the idea of joint BRICS aid an "interesting development."
But Mr. Zoellick suggested such speculation was largely a sideshow. Instead, he said in the interview, European leaders must decide what kind of monetary union they want, by either forming a stronger fiscal union or facing the consequences when weaker members falter. He didn't specifically mention a breakup of the euro-zone as a possibility, but that could be a possible outcome, too.


"These are European decisions," Mr. Zoellick said. "You can go either way, but you need to decide where you want to go. At a minimum, you need to know so that if you find yourself in a true crisis, you know where you want to steer" policy making.
Last week's joint action by five central banks addressed liquidity issues, but European leaders still need to address underlying problems, he said. "I'm not denigrating buying time," he said. "But I'm suggesting that when you buy the time, that you then use the time."
The euro-zone crisis is weighing increasingly on economies outside Europe. The developing world, Mr. Zoellick said, is already facing higher bond spreads and weaker equity markets as developing nations prepare for a drop in export-led demand. In addition, events in the U.S. and Europe may be starting to filter through to emerging-market consumers and businesses in a way that hits their domestic demand. "If their growth falls off too sharply, then they'll start to have problems with nonperforming loans," he said of such markets. Emerging markets that had been focused up to the summer only on concerns about overheating are now "at a very sensitive point," he said. "They have to start to anticipate, depending on whatever happens in Europe, that you could have significant falloff in demand and confidence."
Mr. Zoellick said emerging markets are bound to remain focused primarily on their own growth prospects, not Europe's debt crisis. "The main thing the emerging-market countries need to do now is maintain their growth," he said. "Depending on the country, you've got a sensitive balance between the overheating and the growth. They need to continue with the fundamental reforms that they've been making."
But Mr. Zoellick, a former U.S. trade representative, said emerging-market nations-backed by the U.S.-could help rev up global growth by making policy moves, such as pushing for the conclusion of the Doha global trade pact. Infrastructure investment in developing countries also could support equipment purchases from advanced economies and help their underlying growth, which in turn could help them recover, he said."Austerity alone is not going to get you out of this mess."