US cites 'credible allegations' of fraud in Tanzania election Story by Reuters Updated 9:37 AM ET, Fri October 30, 2020 A voter casts her ballot at W

Mtende said:
And my be in the world History
Click to expand...

US cites 'credible allegations' of fraud in Tanzania election​ 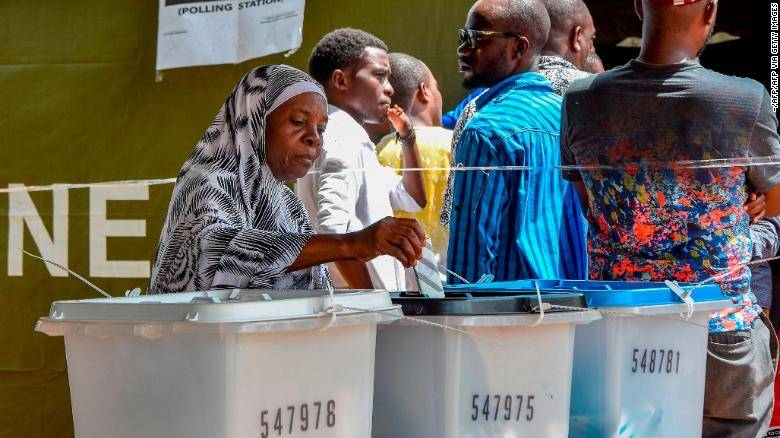 A voter casts her ballot at Wazo Hill polling station in Dar es Salaam, Tanzania, on October 28.​
The United States said on Thursday there were "serious doubts" about the credibility of Tanzania's presidential election while the leading opposition candidate urged countries not to recognize the results of a "travesty" of a poll.

The US Embassy in the East African country said there had been "credible allegations of significant election-related fraud and intimidation" in Wednesday's poll in which voters were electing a president and lawmakers.

The vote was marred by allegations of arrests of candidates and protesters, restrictions on agents of political parties to access polling stations, multiple voting, pre-ticking of ballots and widespread blocking of social media, the US Embassy said.

Elections took place simultaneously both in Tanzania and in the country's semi-autonomous state of Zanzibar, an Indian Ocean archipelago.

Tundu Lissu, the main challenger to incumbent President John Magufuli, told Reuters the election results -- expected within a week -- could not be trusted.

Magufuli is seeking a second, five-year term in the poll. Preliminary results announced by the electoral commission showed Magufuli leading against his challengers. 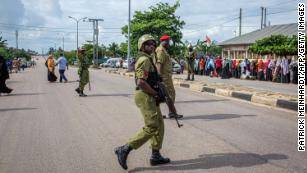 In Zanzibar, the CCM presidential candidate, Hussein Mwinyi, was declared the winner after securing 76% of the vote, the Zanzibar Electoral Commission announced. A version of the CCM has held power in Tanzania since independence from Britain in 1961.
Officials at the electoral commission were not immediately available for comment on allegations of irregularities. On Wednesday, the commission denied allegations of fake ballots, saying they were unofficial and unsubstantiated.

Seif Sharif Hamad, the opposition ACT-Wazalendo's presidential candidate in Zanzibar, and other leaders were arrested, his party said, after he called for protests earlier on Thursday.

An aide to the police commander in Mjini Magharibi where Hamad and others were reportedly arrested said his boss was in a meeting when Reuters sought comment.

"Detaining opposition leaders is not the act of a government confident in its electoral victory," US ambassador to Tanzania Donald Wright said in a tweet. "Maalim Seif and his colleagues should be released immediately."

Zitto Kabwe, ACT-Wazalendo party leader, said one of his colleagues in Zanzibar was beaten. "ACT-Wazalendo member of the Central Committee Ismail Jussa Ladhu was badly beaten today by security forces in Zanzibar. He is in hospital. Badly injured but alive," he said on Twitter.

Lissu, 52, was shot 16 times in 2017 in what remains an unsolved case. He returned from three years in exile in July.
Lissu said his party's representatives had been prevented from getting into polling stations and that stuffed ballots had been forced into vote boxes.

"This was a mockery of elections, a mockery of democracy," he said. "We are not accepting anything that has been done, and any results," he later told reporters.

Government spokesman Hassan Abbasi could not be reached for comment. Magufuli, 61, is looking to extend the rule of the CCM party. It won the presidency with 58% of votes in 2015 and now holds about three-quarters of parliamentary seats.

While campaigning, Magufuli pledged to boost growth in East Africa's third-largest economy with infrastructure projects kick-started in his first term.

But the opposition and rights groups have complained that his administration has cracked down on critical voices, closing down media outlets and preventing opposition public rallies.

The government has denied stifling dissent.
Click to expand...

We don't care with your rubbish news!!

Cc: mahondaw
You must log in or register to reply here.

Uchaguzi 2020 US Ambassador to Tanzania: I am concerned, if election officials do not take necessary steps, country's democracy will lose credibility
13 14 15