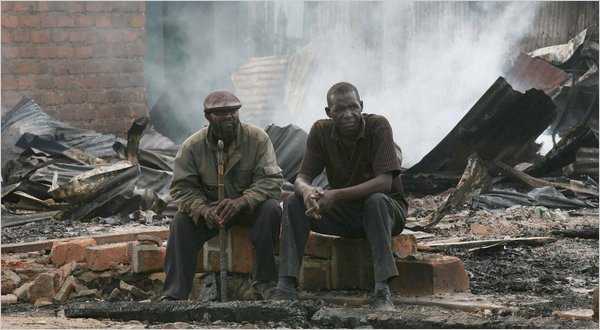 Joao Silva for The New York Times
In February 2008, men of the Kisii ethnic group sat among the burning rubble of a building in Chebilat, Kenya, in Rift Valley Province.

It is the time of reckoning.

Kenyan politicians that have been taking for granted the wananchis wishes are now being named and shamed.
Political greed coupled with grand ufisadi will now be revealed.
That big names like William Ruto and Uhuru Kenyatta are in the list speaks very much of the culture of impunity that had developed in Kenya when it came into raping the peoples wishes.
Tanzania take note!!
It is not that strange the head of Kenyan Police Force is also one of the culprits, which speaks so much of the indiscriminate use of security organs for political ends.
You must log in or register to reply here.