Acacia boss Brad Gordon: The mining industry can be its own worst enemy 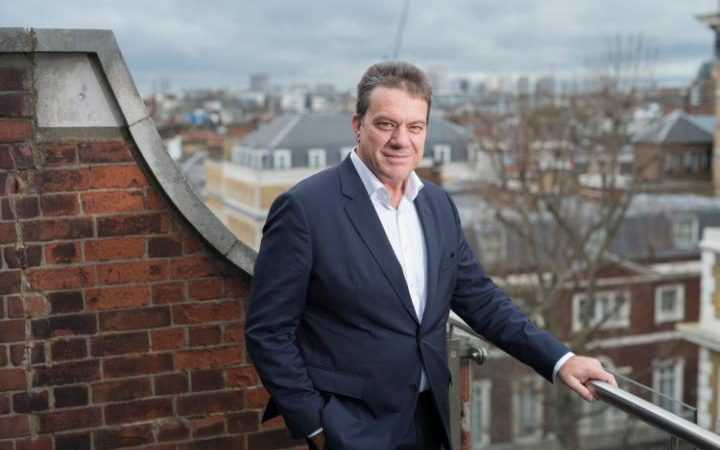 It’s been a busy couple of months for Brad Gordon, chief executive of Acacia Mining. Earlier this month the gold miner’s shares tumbled after its host country Tanzania slapped an export ban on some of its products. Shortly before that, it announced the discovery of a major new gold deposit in western Kenya. And in January, it emerged that Acacia was in merger talks with Toronto-listed peer Endeavour Mining.

Aussie-born Gordon is not ready to spill the beans on the merger. “Those talks became public very early in the discussions,” he says. The leak, he adds, “wasn’t very helpful”, and conversations are still ongoing.

FTSE 250-listed Acacia, formerly African Barrick Gold, operates three mines in Tanzania, but makes no secret of its desire to become a “leading pan-African company”. The miner is hunting for gold in Burkina Faso and Mali as well as Kenya, and Gordon believes it can handle “a fifth country in Africa”. “I think we have the capacity to do that with our balance sheet and our discovery prowess.” 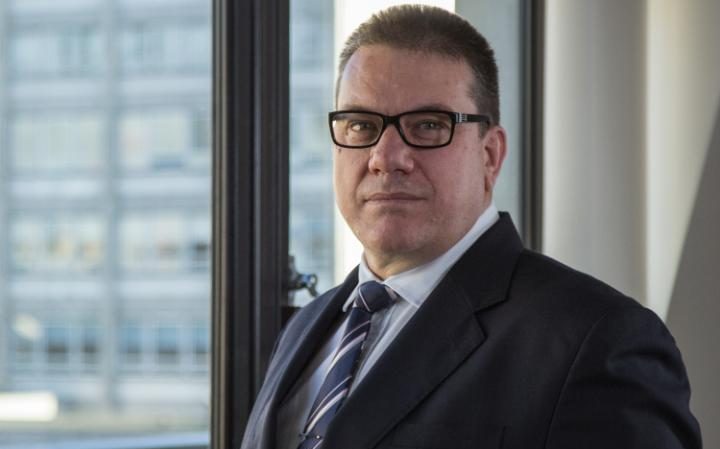 For its part, Endeavour has five gold mines in Mali, Ivory Coast, Burkina Faso and Ghana, making it a good geographical fit with Acacia. Gordon’s message to investors is that Acacia doesn’t necessarily need the merger to become a big player. “The Endeavour discussions or any other discussions we may have on M&A are a shortcut to achieving that pan-African vision,” he explains. “But we don’t have to do M&A to achieve that vision. We can do it with our current portfolio.”

Gordon may not have much say in the outcome, as his largest shareholder has been very clear that it wants to sell its stake. The company is 64pc owned by Barrick Gold of Canada, but has been run at arm’s length since Gordon’s arrival in 2013, when it rebranded to Acacia.

“Barrick have consistently said they aren’t a long-term shareholder. Even when I joined that was one of the discussions,” Gordon says. The relationship with Barrick has been “positive”, he adds, and he credits Acacia chairman Kelvin Dushnisky, who is also president of the Canadian miner, for maintaining a “church and state” separation between the two. “We’re run very independently of Barrick,” he explains. “We wouldn’t able to do that unless we were getting results.”

Over the last three years, Gordon has worked methodically to turn Acacia around. The company is “unrecognisable in terms of its performance and culture”, he says. It has “re-engineered” all of its mines and boosted the number of local people it employs. The work has paid off with return to profit in its last set of annual results, alongside a doubling of the dividend and a 13pc rise in production.

Gordon is particularly excited about Acacia’s find in western Kenya, which could become “a third leg” to the company as it retires one of its older mines in Tanzania. The Kenyan deposit is “one of the highest grade projects in Africa today”. Acacia will spend $12m (£9.7m) this year drilling further holes in the deposit, which it believes could hold up to 2m ounces. “Given the early promise we see in that resource, you can see us achieving our pan-African gold vision by 2020,” Gordon says. 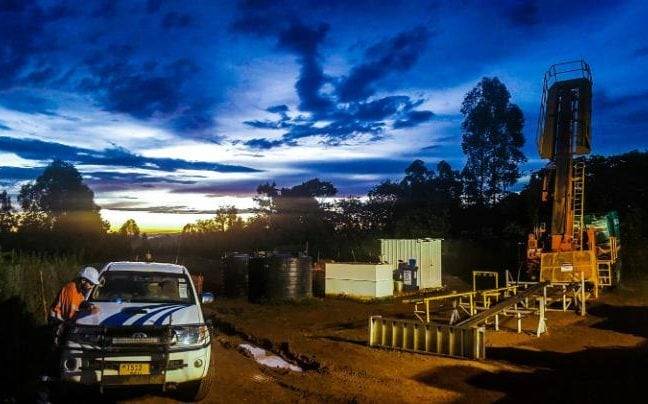 Acacia has made a big discovery in Kenya
Born in Bunbury, Western Australia, Gordon had an early exposure to the mining business through his grandfather, a “pioneer” of tin mining. Gordon’s father was a school principal, so the family moved frequently in his early years. He was set to become a commercial lawyer, but after spending a gap year earning money as a bricklayer, he had second thoughts. “I thought, do I really want to be stuck indoors in an office for the rest of my life? So my second choice was mining engineering,” he says.


Most of Gordon’s career has been in gold, with managerial spells at Placer Dome, later bought by Barrick, and Intrepid Mines in Indonesia. His seven-year stint at Intrepid ended in an ugly dispute over the rights to a giant copper and gold mine, with Gordon fending off a boardroom coup by an Indonesian investor; he describes it as a “challenging” time.

We are one of the largest taxpayers in TanzaniaBrad Gordon
The switch to Acacia may have seemed like a welcome relief, but Gordon recalls being “disheartened” by the attitudes he encountered in Africa. “I went to my first Indaba [African mining conference] in February 2014,” he says.

“At one of the forums there was about 34 mining ministers in a room with half a dozen mining CEOs. I was quite shocked by what was said in that meeting. It became to obvious to me that the mining industry was perceived very poorly by African leaders and governments, more so than in any other continent I’d worked in.” The meeting gave Gordon the resolve to make a difference. “I thought: here’s an opportunity for someone to… change the way mining is done in Africa.”

Critics might argue that Acacia, or African Barrick Gold before it, was part of the problem. Its North Mara mine in particular has been singled out for its dire relationship with locals. The vast mine intersects seven villages, while its two open pits have attracted illegal miners and trespassers, resulting in violent clashes between security staff, local police and villagers.

A Tanzanian official appealed to Acacia to help settle “critical problems” at the site in 2014, while a government report last year recorded allegations of 65 civilians being killed by police at North Mara since 2006, and 270 complaints of people being injured. 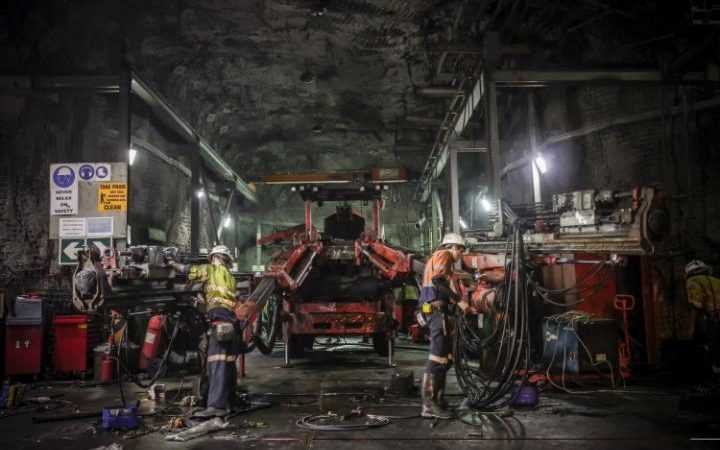 Gordon says the company does not recognise these numbers. “We know there were people who died on our property year by year. But the numbers that existed three or four years ago, we’re not seeing today.” Would he like to share those numbers? “I wouldn’t like to say. Because as soon as I get into that, then who do you include and who do you exclude?”


Acacia welcomes the government’s report, though it has not yet shared its findings. Gordon says he is “happy with all of the recommendations” in the report, which “generally supports” Acacia’s approach to improving relations. The company intends to reveal more details in its annual report. “We have to be more transparent. Everything on the ground is improving so that we can be more transparent.” 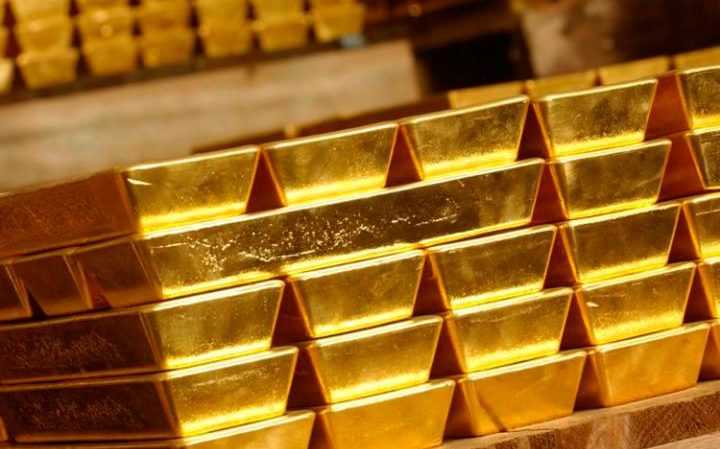 The company has pressed ahead with community developments that had stalled, and expats now mingle more freely with locals, even playing football games together. It is focused on improving infrastructure in the area, which now supports almost 80,000 people.

“It attracts people to the region because it’s a nice place to live,” Gordon says, pointing out North Mara won a corporate social responsibility award from the Tanzanian president in 2015. Acacia is spending more than $1m in marketing to improve its image, and has changed its approach to security: “We brought in people who were happy to work in a more enlightened way, if I can say so.”

Taxation has been another long-running issue for the miner. Acacia is currently appealing a ruling that Tanzania has the right to tax its UK plc on the dividends it pays. But Gordon points out the company has begun voluntarily overpaying tax, including a higher rate of royalties than it strictly needs to pay, because the agreements it struck 15 years ago were a shade too generous to the company.

“The industry can be its own worst enemy when it sits down and agrees these terms, it’s gonna come back and bite us. And in this case it has,” Gordon says. Those early arrangements, while perfectly legal, “were not equitable”, he adds. To head off the bad feeling, Acacia began paying corporate tax last year. “In total we paid $162m in taxes and other payments to the Tanzanian government in 2016 so we are one of the largest taxpayers in the country.”

Relations with the government have hardly been improved by the surprise export ban on gold and copper concentrate that was announced on March 3. Tanzania’s intention is to build up its own smelting industry, as the concentrate is currently shipped abroad for processing. But the short-term effect will be a heavy hit to Acacia’s operations, as it makes up around 30pc of its revenue. The company’s shares plunged 13pc and have not recovered.

The ban, which was announced after Gordon spoke for this interview, does not affect the export of gold bars. Gordon flew to Tanzania immediately after the announcement and has been working to resolve the impasse. It is not thought that the dispute has put off Endeavour’s interest just yet.

Given the obvious challenges of working in Tanzania, which has had a new president since 2015, it’s hardly a surprise that Acacia is looking to expand its horizons. But Gordon denies that is the motivation for wanting to look beyond its main base. “Diversification is a sound strategy regardless of where our main country of operation is,” he says. “We always look to diversify risk.”

Gordon is confident that his record in steering Acacia’s turnaround speaks for itself. With so few gold mines in development around the world, the company is ready to take the next big step up, he says. “We are ideally placed to be the best partner that African governments can have.”