Bones of Cecil Rhodes are an insult to our ancestors: Zimbabwe official demands remains are exhumed and sent back to Britain​ 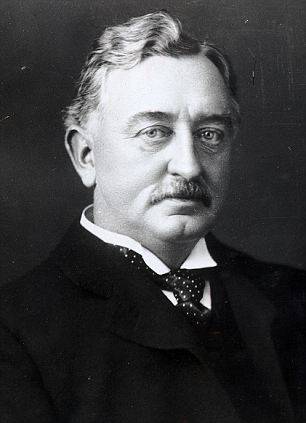 Pioneer: Zimbabwean officials have called
for the remains of Cecil Rhodes, who died in 1902,
to be exhumed and removed from the country​


Stewart Maclean said:
A Zimbabwean politician has demanded the body of Cecil Rhodes is exhumed and sent back to Britain as it is an insult to the country's citizens. Rhodesia, founded by and named for Rhodes, became the Republic of Zimbabwe in 1980. Bulawayo governor Cain Mathema said it was offensive that the Oxford-educated former mining magnate was still buried on Zimbabwean soil three decades after the country was granted independence from Britain.

Rhodes was laid to rest in 1902 in territory then belonging to the young country of Rhodesia which he had founded just seven years earlier in his own name. But Mr Mathema, a member of president Robert Mugabe's ruling Zanu-PF party, said Zimbabweans should feel insulted by the presence of the tycoon's grave in their soil. In comments reported by the country's Sunday News, he said: 'I wonder why 30 years after independence Rhodes' grave is still found on the country's traditional shrine of worship. 'It's an insult to our ancestors and maybe that is the reason why our ancestors at Njelele, where we pray for rain, are no longer giving us enough rain.


'My call is not directed against Britain or whites, but against symbols that persecuted our people and took away our freedom and wealth. 'For I believe that physical freedom goes hand-in-hand with psychological freedom. We need to celebrate our own heroes and heroines. 'We do not get inspiration from the likes of Rhodes, so why should we visit their graves and their statues?' 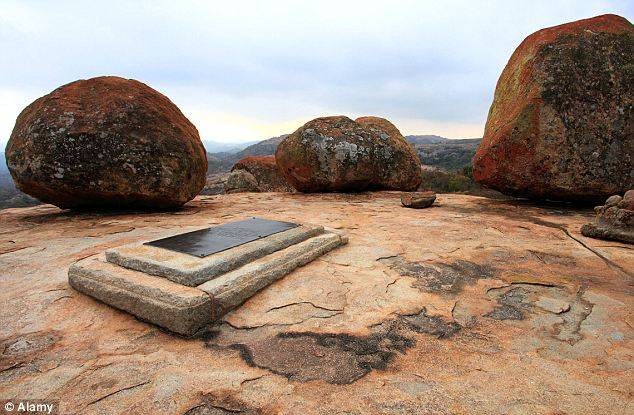 Place of worship: Rhodes is buried on World's View (Malindidzimu Hill) in Matopo National Park, Zimbabwe and his grave attracts thousands of tourists a year​


Rhodes, who was born in Bishop's Stortford in Hertfordshire, became one of Britain's most successful colonialists after being sent to southern Africa in the late nineteenth century when he suffered bad health as a teenager. Within four decades he had established political control of Britain's Cape Colony, expanded the territory north to found Rhodesia and taken ownership of the world's richest diamond mining company De Beers. His expansionist plans were fired by a dream of securing a British corridor of power stretching from Cape Town to Cairo.​


But his short life was blighted by bad health and he was buried amid great fanfare after his death of heart failure aged just 49. Following his demise Rhodes' remains were transported by train from Cape Town to Bulawayo and laid to rest in the Matopo Hills south of the city, his favourite spot in the vast empire he had helped secure for Britain in southern Africa. ​


The life-long bachelor had lived alone in Cape Town and was always dogged by rumours about his sexuality. And last week Mr Mathema said the possibility the tycoon had been gay was a further insult to the sensibilities of those in Zimbabwe, where Zanu-PF officials have remained outspoken critics of homosexuality. The governor said Rhodes' grave should now be removed from Zimbabwean soil as part of an effort to strip the former colony of symbols of its former rulers. He added that similar action should be taken against a statue of the great Scottish explorer David Livingstone which stands at Victoria Falls.​


The landmark was erected by Rhodesia's rulers in 1954 in memory to the nineteenth century missionary who helped drive forward the conquest of Africa's inner lands. ​ 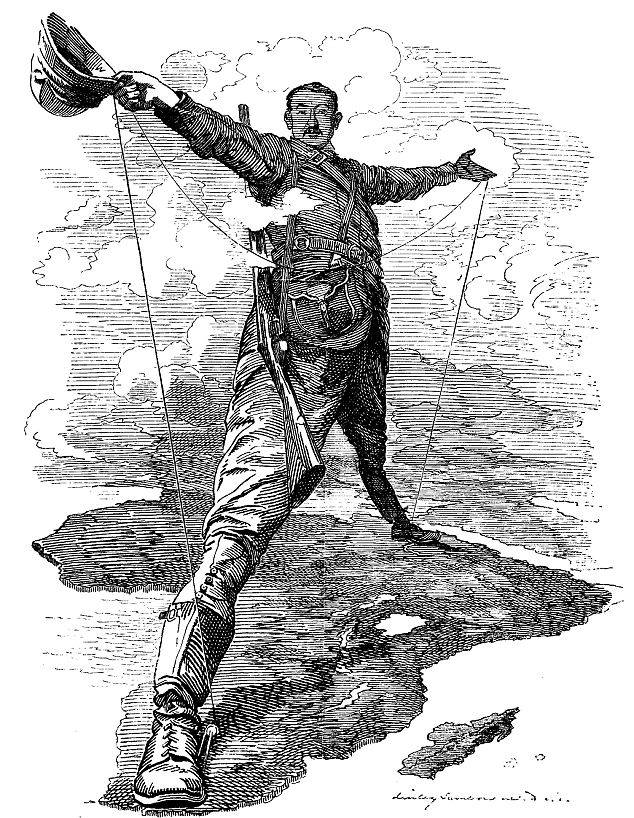 The Colossus of Africa: Rhodes, one of Britain's most successful and reviled colonialists, was satirised in a cartoon in Punch ​

In 2001 the statue was targeted by Zimbabwean war veterans protesting against the former colonial powers. Despite the attack the landmark remains in position in the tourist town built beside the famous Zambezi river waterfalls.​


However last week Mr Mathema said the country could not earn 'true freedom' until all symbols of colonial oppression had been removed. Mr Mathema said: 'All over the country, you find schools named after colonialists, statues erected to celebrate colonialism. I am struck and baffled by the attitude of our people to continually embrace a bygone system that worked tirelessly to thwart their energy and aspirations.​


'The total liberation of Zimbabwe is not complete as long as the country continues to live on the legacy of our former masters. As long as the names remain, as long as the scar of Rhodes' grave remains, it is not the psychological colonisation question alone that remains open, but the question of true freedom.​


'I will tell that personally I hate all colonial names, as I said before I am not a racist but I hate all people who oppress and intimidate others.' ​


Mr Mathema declined to comment on what he believed should happen to Rhodes' body if it was to be exhumed. The tycoon's grave currently lies amid the Matopo National Park, where it is visited by thousands of tourists every year. ​ 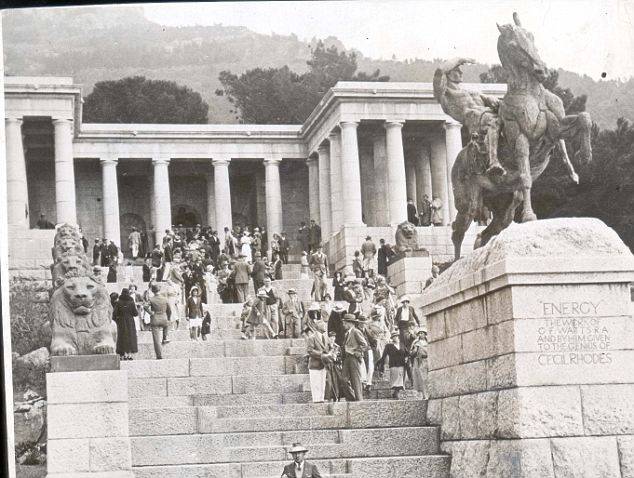 Respected: The Rhodes Memorial in the Groote Schuurx estate, Capetown, 32 years after the Englishman had died​
Click to expand...

In 1888, Cecil Rhodes and the British South Africa Company obtained a concession for mineral rights from local chiefs and the area that became Southern and Northern Rhodesia was proclaimed a British sphere of influence.​


The settlement of Salisbury (now Harare, the capital) was established in 1890. In 1895 the territory was formally named Rhodesia. For the next 60 years tensions grew between blacks and whites and black political parties were suppressed. in 1964 Ian Smith became prime minister and pushed for independence, but Britain said there was to be no independence before majority rule. General elections in April 1979 provided 75 seats for blacks and 25 seats for whites in Parliament and all races could vote.​


This story has been coming up and disappearing for so many years - what should be done about the remains of this colonialist. Is it right to repatriate his remains back to Bishop's Stortford? Who should have the last say about this? ​


I remember Tanganyika demanded the remains of the Wahehe Chief (Mkwawa) from the Germans. ​


Why should South Africans remain with his memorial statue in their capital City although he never ruled there? (I presume) Does this give the whites the power to look down upon the black people? Where are the statues of our leaders before the white people invaded our continent? ​

THERE,is no way you can eradicate Cecil RHODES'S name from present day zimbwabwe,his imperial dreams and actions were fundamental and pioneered economic developments in the vast southern africa region.As zimbwabwe crumbles under the despot mugabe,who has thrashed aside all economic ideals set forth by rhodes scapegoats are being sought.It is indeed sad that today zimbwabwe is an economic shamble. Rhodes must be turning in his grave
You must log in or register to reply here.